It's time the AFL gave the draft lottery a spin

An AFL draft lottery is long overdue. It is almost unfathomable in the modern era of online betting and media scrutiny that losing games is rewarded in such direct fashion.

The current system of ‘bottom team gets top pick’ discourages teams to win games for their fans towards the back end of the season. The number one pick is the most significant reward a football club can receive (besides a flag), a choice of the best 18-year-old in the land, and a potentially team-altering moment.

So why should we hand it to the worst performed team? The answer is obvious, they need the assistance to rise up the ladder, however a draft lottery would assist struggling sides while keeping the integrity of the league paramount.

The AFL needs to emulate the NBA’s draft lottery model. In the NBA, the 14 sides who do not make the playoffs are placed in the draft lottery, each with a mathematical chance of getting the number one pick. The worse win/loss record a team has, the greater their chances are of attaining the number one pick, followed by the second, third, fourth etc.

The teams who made the playoffs receive the remaining picks in the same fashion as the AFL currently operates, for example, the championship team would receive pick 30 (there are 30 teams).

This model could be easily copied by the AFL, with the ten non-finals sides placed in the draft lottery to decide the top ten picks, and the eight finals sides to receive picks 11-18 in the order they finish the year.

If this system was used last season, the draft lottery odds for the number one pick would have looked like this (approximate figures).

Although I certainly do not believe tanking is anywhere near as significant an issue in the AFL compared to other sports, a lottery system as displayed above will increase the likelihood of struggling sides to continue to play their best possible football and please their paying members, as a result of the uncertainty that the lottery provides. 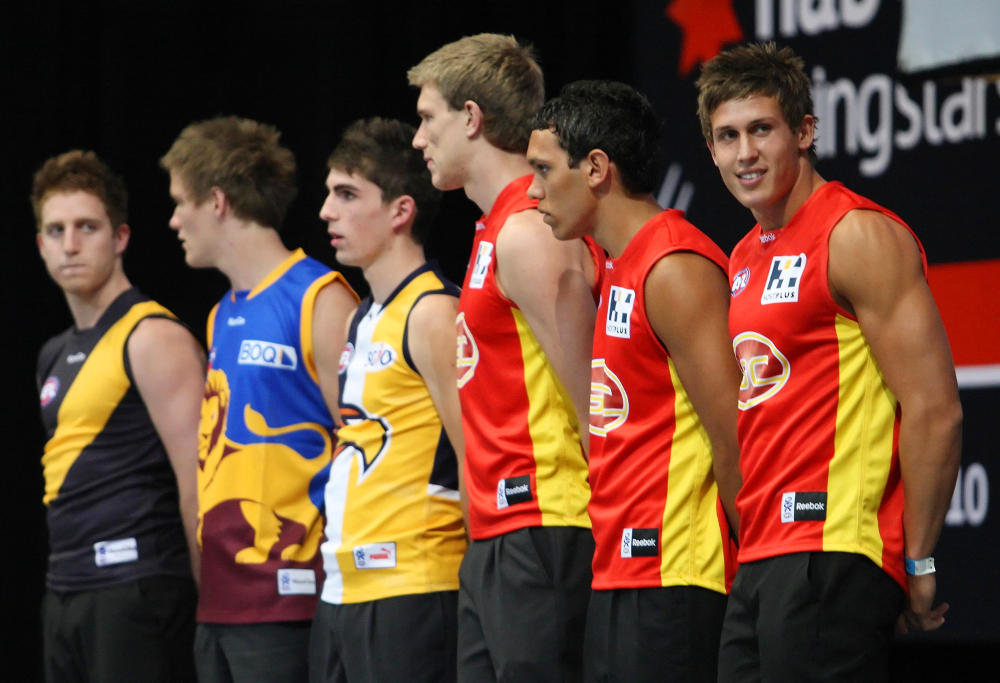 One can not simply finish last and be rewarded with the game’s top prize.

Let me take you back to the year 2009, Melbourne and Richmond met in Round 18 in a battle of the battlers. The loser of the match would have a grip on the wooden spoon, with the Demons suspiciously playing players out of position and ultimately losing the match thanks to a Jordan McMahon goal after the siren.

Melbourne went on to receive the first pick, as well as the second pick through the priority pick system. All this could have been avoided with the implementation of a draft lottery, as it dissuades such negative tactics due to the ‘luck’ nature that it embodies.

One final thought. How can the AFL punish Essendon by suspending key players embroiled in the supplements saga, only to reward them for finishing bottom with the number one pick (Essendon selected Sandringham Dragons star Andrew McGrath)?

The draft lottery system isn’t flawless, but in contrast to the AFL’s current system, it’s simply more practical and would protect the integrity of our great game (not to mention being an exciting night of television!)