India is often described as the final frontier. In that respect, it is much like space in Star Trek.

Certainly, Australian fans approached it with the trepidation of entering Romulan territory, with everybody making pre-series predictions of a 0-4 series loss with the entire enterprise being blasted into a zillion pieces.

Here are the ratings for the first Test between India and Australia.

With seemingly no hope of attaining actual victory in the series, Australia’s initial focus was on moral victories. Moral victories are great, because they’re so much easier to achieve. Why, even something as simple as showing good grace when you’re dismissed by an unplayable delivery can count. Admittedly, that’s not a great example for an Australian team but you get my point.

For this series, Australia were perhaps thinking that if they could prevent Virat Kohli from breaking Brian Lara’s world record Test score at any point in this series then they could count that as a moral victory.

Alternatively, if they could just survive the first over without losing a wicket, that might be an impressive moral victory too. This was where Matt Renshaw was key, with his uncanny ability to survive near misses. When Renshaw managed to edge the first ball to the boundary, Australia suddenly realised they were in with a chance of achieving a famous moral victory in India.

Of course, Renshaw soon undid his good work by retiring ill with an upset tummy. Pretty poor stuff from the kid to resort to such tired Indian tour cliches. Allan Border on Fox Sports commentary copped plenty of criticism for expressing his wish that Renshaw had instead just pooed his pants out in the middle. But if AB had instead chastised him for his unoriginal, last-century gastric complaint, he might have found more support. 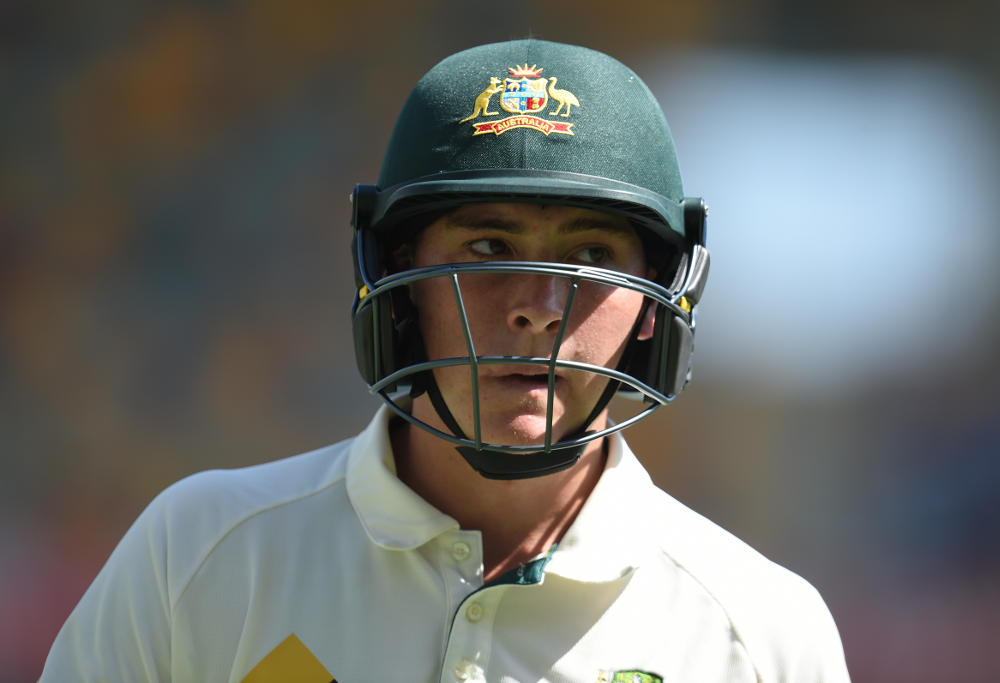 After Renshaw left the field along with fellow opener David Warner, who had at least had the decency to lose his wicket rather than control of his bowels, the match began to fall into a more predictable pattern.

The Indian spinners chipped away at the Australian middle order, with excellent assistance from seamer Umesh Yadav to reduce the tourists to 9/205 late on the first day, leaving the match perfectly set up for India to respond with a 600 run first innings of their own and a comfortable victory by an innings and a couple of hundred runs sometime on Day Four.

Mitchell Starc showed the first glimmer that the fate of the game may not follow this predetermined path when he suddenly added 61 runs to the total, mostly via a 51-run partnership with professional last-wicket non-striker Josh Hazlewood.

Sadly, before India had reached fifty in their reply, the pair stupidly took a wicket apiece, bringing the Great and Powerful Virat Kohli to the crease.

Game over for the Australians.

And then Starc dismissed him second ball.

Game on for the Australians.

But it wasn’t to be Starc who destroyed India. That honour fell to Steve O’Keefe, who took 6/35 as India suddenly lost seven wickets for just eleven runs to be all out for 105 in their first innings.

The highlight of the spell? A rare every other ball hat trick as he dismissed Lokesh Rahul, Ajinkya Rahane and Wriddhiman Saha on the second, fourth and sixth ball of the 33rd over.

For me, this is more impressive than a regular hat trick. Any fool can dismiss a batsman first ball when he doesn’t yet have his eye in. That’s why it doesn’t count in backyard cricket, the ultimate form of the game. But to get them on the second delivery? That takes skill.

Australia looked to build on their substantial lead with their second innings. Dave Warner came out and played his natural game and was therefore dismissed at the end of the first over for ten runs.

Others also played their natural games. Shaun Marsh made a duck and Mitch Marsh made 31, precisely as most cricket fans would have expected.

And Matt Renshaw took to heart the criticism from Border that he’d better be half-dead and made a 31 of his own, batting while at least three-quarters dead, showing just what an overachiever he is.

But it was Smith who guided Australia to their eventual total of 285, with a brilliant century. Oh, sure, there was some criticism of the knock, given that the Australian skipper survived at least four dropped chances in the process, as well as an LBW decision that India was unable to review. But even if you call his century a 5/109 effort, it’s still a few runs and five wickets better than India achieved in either of their innings.

Because chasing 441 for victory, India crumbled again for just 107 in the second innings. man of the match Steve O’Keefe unimaginatively repeated his 6/35 trick to give Australia victory by 333 runs, proving that for all the positive early talk about moral victories, actual victories are pretty damn sweet too.