The Utah Jazz are like that kid at school that everybody picks on because they are different, but then becomes just as successful, if not more, than everyone else.

In a league of teams that push the pace, shoot threes in transition and score north of 105 points per game, the Jazz know their limitations, and play to their strengths.

Utah is a defensive minded team. Led by Rudy Gobert, Gordon Hayward and George Hill, their three best players excel on the defensive end of the court.

The Jazz rank dead last in the NBA in pace, averaging just 91.4 possessions per 48 minutes, compared to Brooklyn’s league-leading 101.5. They excel in the half court, and wear down opponents defensively over the course of a game.

Many of the best teams in the league rank in the top half of the league in pace. Golden State, Houston, Cleveland, Washington and Oklahoma City play a fast up-tempo style, led by their elite point guards.

Interestingly, the San Antonio Spurs rank 24th in the NBA in pace, and have many similarities to the Jazz.

Utah is the number one ranked defensive team in the league, with San Antonio a distant second. Both teams rely heavily on their defence, which is led by their defensive player of the year candidates, Kawhi Leonard and Rudy Gobert. 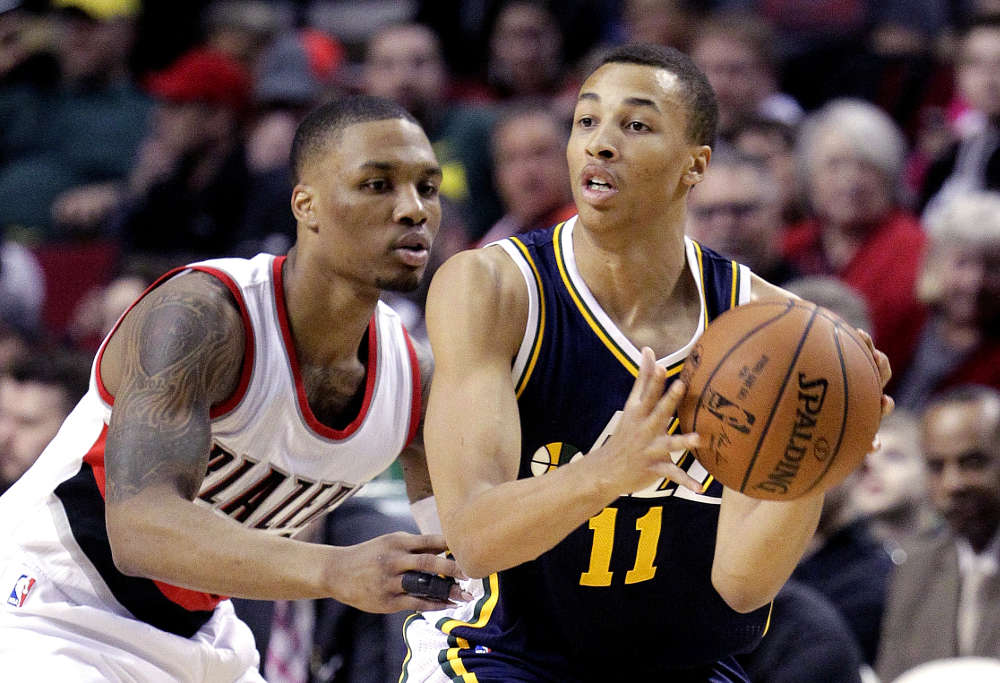 The Jazz have a bench that does a good job of spacing the floor and creating open looks for their shooters. The likes of Joe Johnson and Joe Ingles provide instant offense off of the bench, similarly to Patty Mills and Manu Ginobli for the Spurs.

What is not often talked about with Utah is their superstar small forward Gordon Hayward. He is recognised across the league as a terrific defender and an above average offensive player, but is not considered a star player by most.

To the contrary, Hayward is averaging 22.4 points and 3.5 assists this season, and has come up big for the Jazz in fourth quarter games. The thing that teams that play a slower pace in the past such as Memphis and Detroit have lacked is a genuine superstar. Someone they can rely on late in games to get the job done.

The struggle that Utah will face when playing the likes of Houston and Golden State over a seven-game series is having the series played on their terms. They can control the pace they play at offensively, but it will be a challenge to keep their opponents in the half court.

They may be one piece away from being a genuine threat to beat the very best teams in the NBA. But they also may have added enough talent and experience in the off-season to cause a major upset in the playoffs.

One thing is for sure, the Jazz have put themselves in a position to compete for their very first NBA championship.