Will this be the PNG Hunters' year in the Queensland Cup?

The Papua New Guinea Hunters are about to enter their fourth season in the Queensland Cup. They’ve been a very popular team both in their homeland and with Queensland fans since they joined the competition in 2014.

In that first season, they missed qualifying for the semi-finals by a point, but have made the finals series in the last two seasons.

Bookmakers currently have them at $8 to win the title in 2017. The competition favourites are the Townsville Blackhawks at $5, followed by the Redcliffe Dolphins (last year’s beaten grand finalists) at $5.50, and the Sunshine Coast Falcons at $7.

The Burleigh Bears (last year’s Queensland Cup premiers) are at $9.

Rugby league is the official national sport in Papua New Guinea and the Hunters’ exposure to the Queensland Cup has undoubtedly been good for the development of the game there.

Last year, the Hunters provided the bulk of the players for the Papua New Guinea Test team (the Kumuls), helping them upset Fiji 24-22 in a thrilling Test match at Pirtek Stadium. 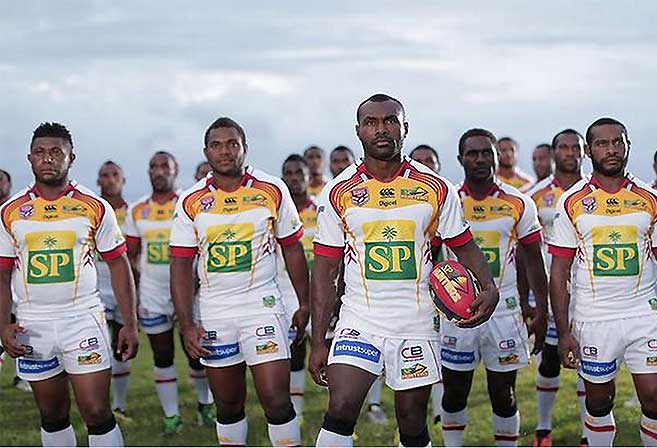 Fiji currently have a bid to enter the New South Wales Cup in the near future, and if the experience of the Papua New Guinea Hunters in the Queensland Cup is anything to go by, their inclusion would be good for that competition as well as the development of rugby league in Fiji generally.

The Lloyd Robson Oval in Port Moresby where the Hunters play their home games was recently significantly redeveloped. It is now known as the National Football Stadium, with its capacity being increased from 15,000 to 25,000 as part of the upgrade.

The Hunters are coached by former Kumuls hooker and current coach Michael Marum. This year they will be captained by Kumuls’ five-eighth Ase Boas. Their first match is away this weekend against the Central Queensland Capras, followed by a home game against Easts in Port Moresby.

Who do you think will win this year’s Queensland Cup?