AFLW and an action-packed footy pre-season

The coming of AFL Womens has transformed the pre-season period. We’re now in footy season from the beginning of February.

AFLW has gone better than anyone could have imagined. The highlight was the opening night, as the gates of Princes Park were locked and some great TV ratings came in.

And over the subsequent weeks, we’ve seen plenty of interest in the women’s games.

The AFLW comp was founded on humble beginnings. Just seven rounds, shortened quarters, even a smaller ball. The money on offer is modest. But already the speculation is around of extending the season in future teams, and at some stage to admit more teams when the talent pool of players expands enough to justify it.

Entry is free, and the fans are enjoying the experience. The likes of Melbourne’s Daisy Pearce, Adelaide’s Sarah ‘Tex’ Perkins, Brisbane’s Sabrina Frederick-Traub and the Giants’ Amanda ‘Fridge’ Farrugia are developing a following that no female player of the game could ever have imagined.

It was a master-stroke to start the AFLW competition with clear air. The week after the international cricket, Big Bash and the tennis were finished; a relatively quiet time in the sporting calendar.

The AFLW was given its own window to start the season, and the footy-starved public lapped it up.

Every game has been televised on Fox, with one game per week on free-to-air.

The ratings have been respectable enough for a start-up league in humble origins. But the one thing they haven’t got right is the free-to-air game selection in Sydney and Brisbane.

It’s disappointing that the Giants have yet to appear on free-to-air in NSW, and the undefeated Lions haven’t been shown free-to-air in Queensland. And yet Collingwood and the Western Bulldogs have already been shown three times.

During the regular AFL season, games are swapped so the local teams are shown on free-to-air. Even during the AFLW competition, this happens in Adelaide.

Melbourne can have the Magpies and Bulldogs on free-to-air. But in Sydney, they should be showing the Giants as their weekly game. And the Lions should be on free-to-air every week in Brisbane.

After two weeks of the AFLW, the footy pre-season calendar then expanded as the JLT Series got under way.

Pre-season has had many changes of format over the years, but has settled on the current model where each team plays three games.

Each team’s first two games are spread out over three weeks; before every team’s third game will be played on the one weekend in mid-March.

With every game televised on Fox, for the last two weekends and next; between the JLT Series and AFLW, there’ll be ten footy games shown. In the mid-March weekend, a whopping 13 footy games will be televised. 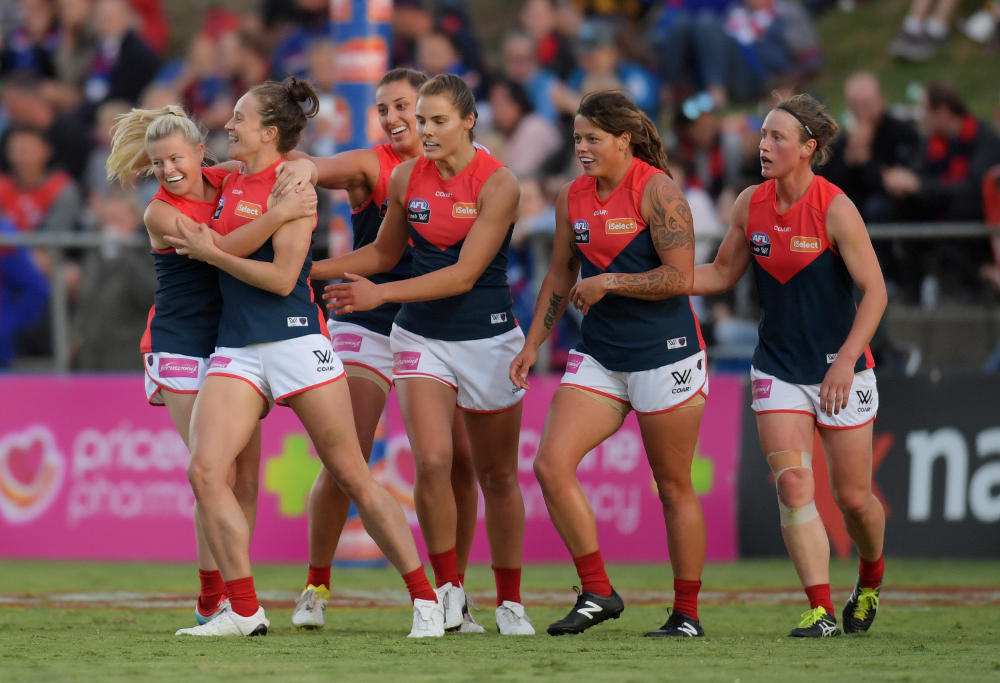 To squeeze them in, we’ve had some early starts to games. A 12 noon game was played at Blacktown in 32-degree heat. We had a morning game last Saturday, and there’s more to come. And a Friday 5pm game in Blacktown this week.

For JLT Series games, members of the men’s’ teams can get in free dependent on capacity. Non-members have to pay. And members need to pay to guarantee their place in what are often small grounds.

When AFLW games are played as curtain-raisers to JLT games, the JLT rules apply.

Friday 5pm in Blacktown isn’t ideal. It’s a long way from where anyone works, traffic and public transport access is poor.

It’s going to be a scramble to get there in time.

It’s a double-header. GWS Giants play Melbourne in an AFLW game, before the Giants take on the Swans in the JLT Series. But with such an early start after a working day, we can expect to see a very small crowd when the AFLW game gets under way.

Even Giants AFLW members, who have paid to support the women’s’ team, will have to pay again to guarantee entry to the free AFLW game. It’s not ideal.

If there is anyone who supports AFLW but not the men’s comp or who is a women’s member but not a men’s member, then they have to pay. It’s not ideal.

Although in practice, you should be right getting there for free men’s members’ entry. Last year the Giants played the Swans in a JLT game at the much more accessible Drummoyne Oval, a ground with less than half the capacity of Blacktown. And Drummoyne wasn’t full. I’ll be amazed if Blacktown sells out on Friday.

And this is one of only two AFLW games to be played in Sydney. For anyone wanting to support women’s footy in Sydney, having such an early start on a working day cuts many people’s ability to get to games in half.

The Giants also play a game in Canberra, but only three home games is a very short season.

The only overlap between AFLW and the regular AFL season is AFLW grand final day. At this stage, it’s not been determined where the grand final will be.

The MCG has been mentioned, as a curtain raiser to the Essendon versus Hawthorn game. But with Bombers and Hawks members, AFL members and MCC members having already accounted for most of the seats, supporters of the women’s teams would be rendered virtually invisible in isolated corners of the ground. 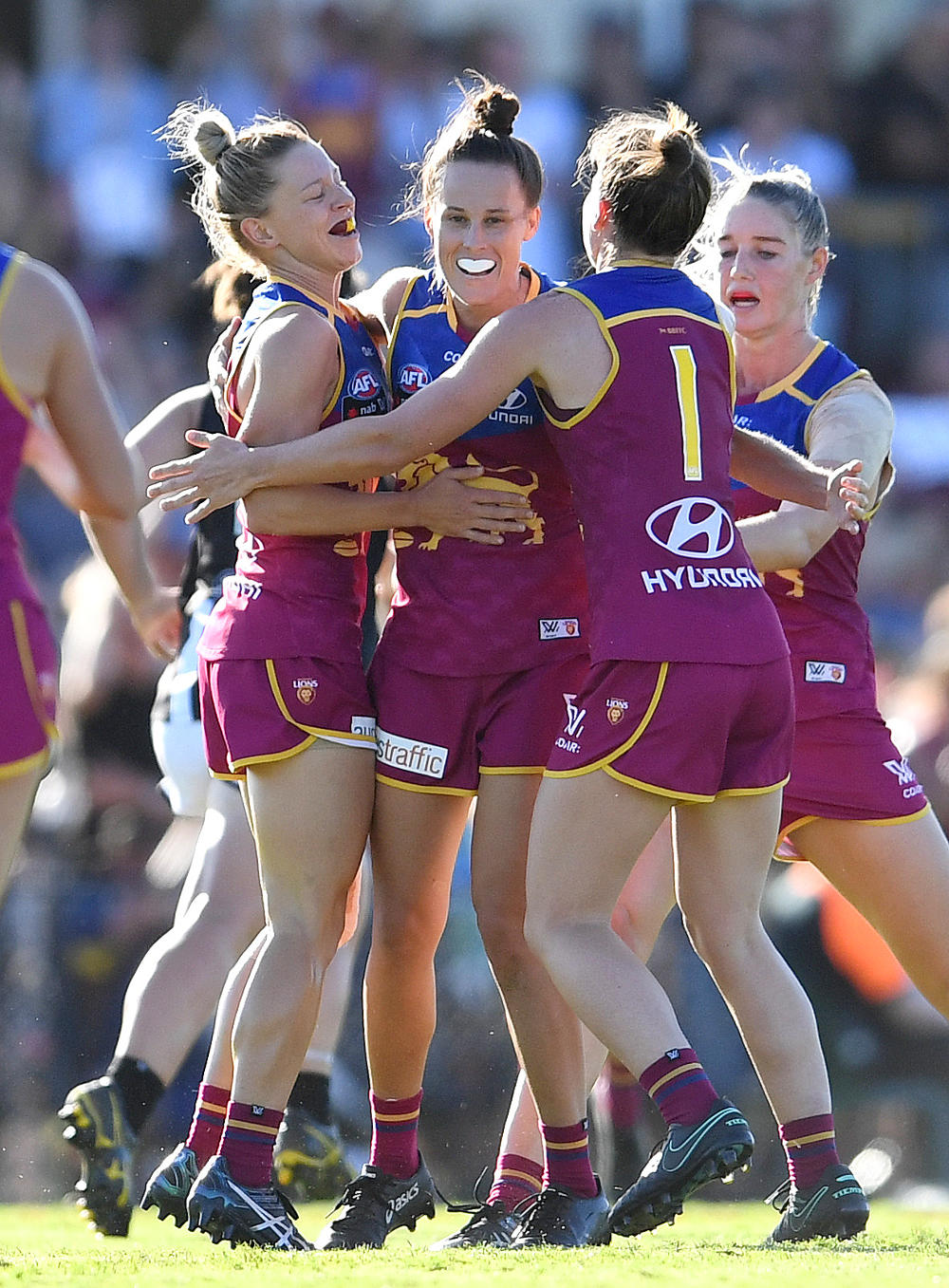 Ground signage would be Essendon’s sponsors, with the majority of fans in attendance supporters of two clubs who don’t play AFLW.

Although with Adelaide and Brisbane in the top two, there’s every chance the grand final could be held in Adelaide or Brisbane. At least that would lead to the AFLW fans having their own venue and their own fans in prominence.

For this season, that’s the only overlap. But if the AFLW competition was ever to be extended, it would increase the overlap with the regular AFL season.

A longer AFLW season would be good. As the standard, interest and money in AFLW increases, it’s likely to happen over time.

But it would be disappointing if AFLW was to be sidelined to poorer timeslots where supporters would struggle to get there or be overshadowed as curtain raisers to matches between other clubs.

It’s a tough juggling act between the AFLW competition and the JLT Series. Weekends in the next few weeks will see more games than a typical weekend during the regular AFL season.

But for the footy tragics among us, including myself, it’s a time of optimism. And how good is it to go straight into a full-on footy season at the start of February!