A disappointment and a wonder: The strange world of Ricky Rubio

Rubio might be the best passer in the league and the best passer since Steve Nash. He has all the highlight reel assists – the needled bounce passes through traffic off the pick and roll, the full-court Kevin Love-type outlet heaves, and the LeBron James plays where he holds the ball beyond the arc, surveys the defence, waits for the moment, and then makes magic with a perfectly weighted alley-oop lob.

But the genius of Rubio is in the moments that don’t show up on YouTube – the simple, early gives in transition that provide Andrew Wiggins momentum to attack the rim, the precise entry passes to Gorgui Dieng in the post, the deliveries to an open Karl-Anthony Towns in the corner at an optimal height, at the optimal time.

Rubio, with his passing, is all about rhythm and finding the perfect beat. And that’s why it’s so tormenting that he’s spent his entire career with the cadences of his own scoring so woefully out of tune.

The Timberwolves drafted Rubio eight years ago. He’ll be 27 in October, and he’s finishing up his sixth season in the league. He’s yet to play in a playoff game.

When he first arrived, he looked like he was going to be the saviour. In his rookie season he averaged 10.6 points, 8.2 assists, 4.2 rebounds and 2.2 steals. The Wolves bypassed offering Kevin Love a five-year extension because they planned on giving it to Rubio. Six years after Rubio first took the court for Minnesota, nothing has been saved. 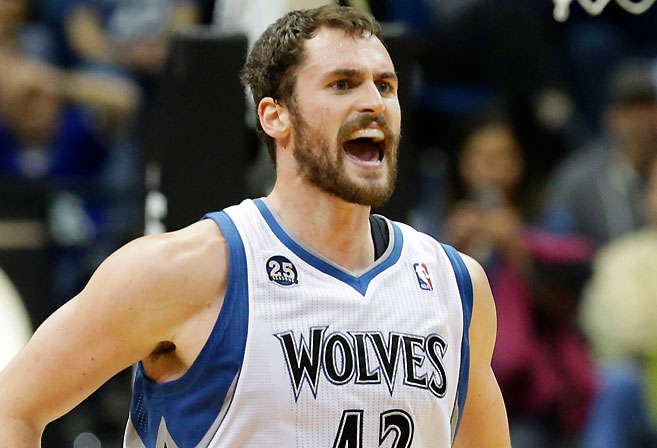 The recurring injuries are the first part of the anguish – Rubio has played more than 57 games in a season just twice – but the times he takes the court have been just as agonising.

His scoring game is an existential crisis. It’s hard to decide which is more painful to watch – when he passes up wide-open shots or when he takes them. He can’t finish at the rim, and his jumper is too stiff, too narrow, too flat and too straight. He shoots the ball as though a textbook taught him how to, and he’s trying to unsuccessfully translate words into motion.

So often defenders will play off him to absurd extents, as unafraid of Rubio, a 28.4 per cent shooter from deep, pulling the trigger as the Spaniard himself is afraid. Rubio acts unperturbed by the disrespect, often dribbling the ball back out towards midcourt and yelling out plays with a conviction that fails to hide the minor tragedy.

At this stage, Rubio is who he is. He’s never cracked 40 per cent from the floor or 34 per cent from three. The next year that he averages more than 10.7 points per game will be his first. 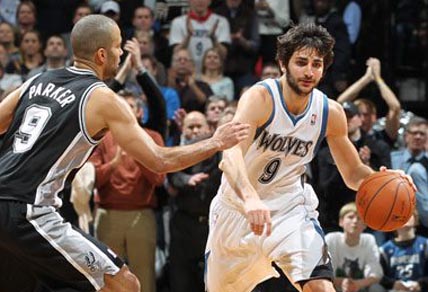 And yet, for all his flaws, it’s impossible not to love watching Rubio play. When he’s not a Shakespearean figure beset by inner turmoil, he’s an almost euphoric basketball joy.

Such is his supreme vision and court IQ, Rubio regularly makes plays that only LeBron and a few others can. Against the Mavericks he had one of the most incredible individual sequences of the season – reading the trajectory of a defensive rebound, hustling and out-bodying Salah Mejri to gain possession, deftly wrong-footing Wesley Matthews with a first touch crossover dribble, and then instantly rocketing an off-hand crosscourt pass from behind half-court past two defenders to hit Tyus Jones in perfect stride for a layup.

It was, simply, magnificent.

Rubio routinely does things of this ilk. He makes the right pass every time, and every game he plays outstanding defence, an expert at navigating screens, and an expert at dispelling the ‘soft Euro’ stereotype, using his underrated toughness, size and length to disrupt opponents.

But you’ll often forget about all of these wonderful things in a split-second of sad ‘Rubioness’, like in the fourth quarter against Dallas when he had just Seth Curry, two inches shorter than Rubio and six kilograms lighter, between him and the hoop on a fast break and, inevitably, put on the brakes just past half-court and waited for everyone to catch up.

Moments later, though, he pulled out an around the back dribble to get past Devin Harris at the top of the arc, drove into the lane lefty, used his size and strength to maintain separation and then finished righty at the hoop to seal a Timberwolves win. That’s the Rubio life – one step forward, one step back, one step flying into the sky.

All the noise suggests that Ricky Rubio is not long for Minnesota. Kris Dunn was drafted fifth and is heralded as the point guard of the future, and the criminally underused Tyus Jones is depth if Rubio were to leave.

Rumours of Rubio being traded to the Knicks for Derrick Rose were an indicator of how the league still, for all his flaws, severely underrates Minnesota’s point guard. The Knicks wanted Rubio plus an asset for Rose, seemingly not realising (and Phil Jackson, these days, is making an art out of ‘not realising’) that Rubio is a vastly superior player to Rose.

The Wolves allegedly balked even when the Knicks relented and asked for Rubio straight up for Rose, a sign that gives hope to the idea of Rubio sticking around in Minnesota, and one day figuring it out there.

He likely never will, but that’s OK – for us, anyway. Because whether he’s magical or disappointing, he’s always captivating and always, for better or worse, affecting.