Does Dale Thomas have a future at Carlton beyond 2017?

It was only last season that I was trying to spruik the possibility of Dale Thomas having a good year.

I wasn’t suggesting he would necessarily get back to his All-Australian form, but I thought he would do enough to prove some of the doubters wrong.

Three years into a four-year deal at the Blues and it seems the jury is still out on not only whether Thomas is in Carlton’s best 22, but whether he will still have a spot on the list beyond this year.

2017 by default will take on more importance for the midfielder given he is out of contract at the end of the season.

The 29-year-old reportedly has a clause in his contract to trigger an extension for 2018 if certain requirements are met.

However, Carlton supporters can breathe easy; if the contract is extended it will be on a reduced wage and not $700,000 a season. 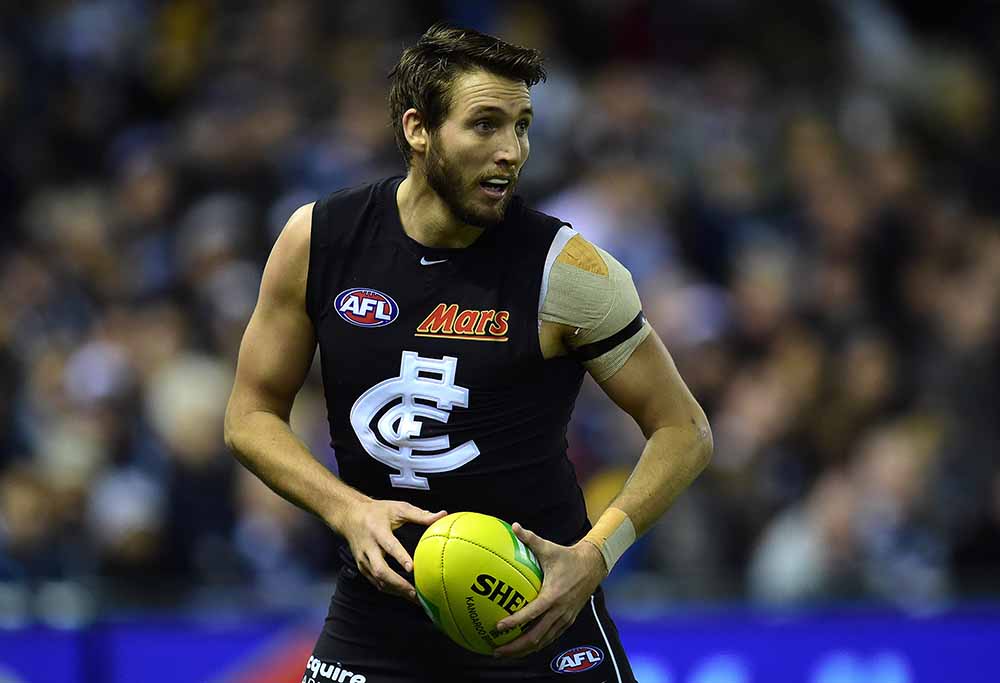 While injury has been a major issue for Thomas in recent years, the ex-Magpie played 18 games in 2016, averaging 18.5 disposals per match. This was his highest disposal average since the 2013 season and a good return of games given he only played five games in 2015.

Yet, Thomas is certainly not the player he was at Collingwood. He is nowhere near as damaging or dynamic with his disposal. In 2016, Thomas won less contested ball and had less score involvements compared to previous years.

There can be a tendency to focus on youth during a rebuild, and Carlton is currently in its own period of transition.

But there is always a place for experience at AFL level provided form warrants selection.

Thomas is currently the only premiership player on the Carlton list, and one of just four current Blues to have played over 150 games, along with Marc Murphy, Kade Simpson and Bryce Gibbs.

There will be plenty of competition for spots with new draftees who will be eager to prove themselves.

But Thomas could also be battling someone like Rhys Palmer for a spot in the senior side, after the 28-year-old crossed over from GWS.

So has Carlton got good value from Dale Thomas since his arrival in 2013?

Based on Thomas’ output and wages, the answer is no. But that doesn’t mean he cannot offer something to the club.

He cannot be blamed for his remuneration. It was the Blues that offered the ridiculous contract in the first place.

Thomas enters 2017 in a similar position as last year with many cynics believing his time is up at the top level.

He surprised many last year by playing 18 games, and if he does the same again in 2017, he may very well be donning the navy blue for another year.