After what seems like an endless off-season the footy is officially back, which means Preston’s previews are back for another season of the greatest game of all!

Sharks versus Broncos
The 2016 premiers take to the field after an underwhelming World Club Challenge performance and having lost two of their spine members in the form of Ben Barba and Michael Ennis. Compounding matters is the loss of Valentine Holmes.

I would say that they’ve picked up Edrick Lee from Canberra to compensate Holmes’ absence but I’m sure we all remember his last foray onto the rugby league field with the Raiders. His hands make Sri Lanka’s fielding look godly!

The Broncos also suffered a defeat in England as the invitational side. But, with little disruption to their side from 2016 and even their runners-up 2015 season and with the addition of David Mead, Tatau Moga, Korbin Sims and Benji Marshall they have the makings of a well-balanced team with plenty of depth.

Despite having the home ground advantage I believe the Sharks are lacking that necessary spark and direction that will take Shane Flanagan a few weeks to tinker with.

Bulldogs versus Storm
This is an interesting match up given the two teams faced each other only a fortnight ago. The Dogs were the victors on that occasion, but, admittedly, they named a closer to full strength squad than Melbourne.

Playing at the spiritual home of Belmore has produced some good recent results including a thumping victory over the Storm (20-4) in 2015.

But the jury is still on the Dogs attack and their dismal performance in the Auckland Nines gave no indication that they have found a way to add that extra spark that is required.

Melbourne are the benchmark for this season and despite the shifting that will occur due to Billy Slater’s absence they should start their season on a winning note. 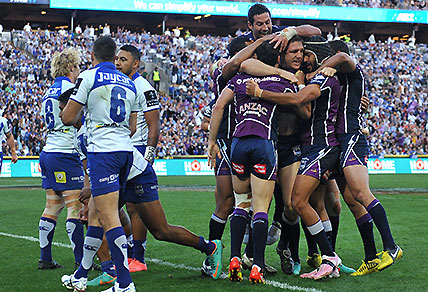 Souths versus Wests Tigers
While Robbie Farah is the focal point for the media in this match the biggest headache for tipsters is the absence of Adam Reynolds.

Given his tremendous performance in the charity shield match and the Tigers (once again) tumultuous pre-season, Souths would have been a sure thing if the diminutive halfback were to have played.

Instead his absence makes this one a closer affair. The Tigers typically lift against the Rabbitohs and if Aaron Woods and his forward pack can match Sam Burgess and his men then this will be a nail biter.

Dragons versus Panthers
Dragons fans were left seething at their team’s weak showing in the Charity Shield. It wasn’t hard to see why given the lacklustre attack and lack of structure which has plagued the club for seasons.

The Panthers are the complete opposite having harnessed an enterprising, creative, flowing style of play with a squad full of incredible attacking talent including the likes of Nathan Cleary, Te Maire Martin, Matt Moylan, Bryce Cartwright and Tyrone Peachey.

A number of big boppers such as Reagan Campbell-Gillard and new recruit James Tamou will allow for plenty of roll on for those creative players to cause havoc with the Dragons defensive line.

Expect the Panthers to assert their credentials as early season premiership favourites with a dominant display.

Cowboys versus Raiders
This is a blockbuster first round clash and a real treat for footy fans.

For the Cowboys it will be business as usual as Jason Taumalolo and Matt Scott lead from the front to create space for Johnathan Thurston and Michael Morgan while Jake Granville will create havoc in his own right.

Jarrod Croker is a massive loss for the Raiders. Not only is he a terrific centre and goal kicker but also he provides wonderful leadership as the clubs captain. Elliot Whitehead is a quality second rower but lining up opposite Justin O’Neil he is likely to be burnt for pace. It seems a strange move that Ricky Stuart has not opted to utilise Jordan Turner as his back up.

1300 Smiles Stadium has resulted in plenty of frowns for visiting teams and it would seem the Raiders are destined to leave Townsville feeling less than satisfied. 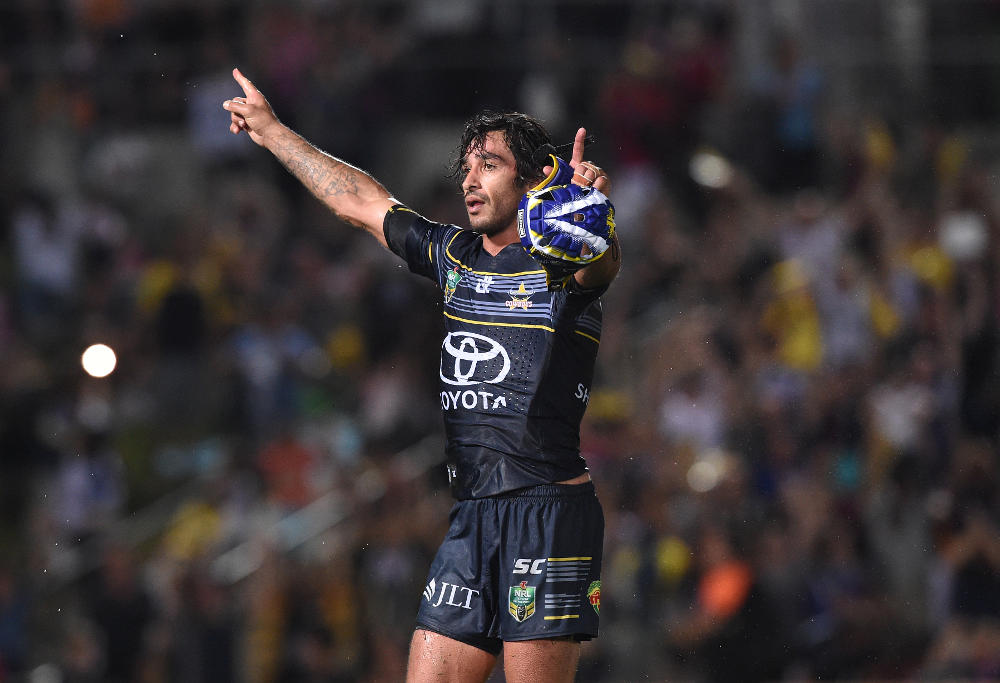 Titans versus Roosters
The past 18 months has been a golden period for the Titans and their player recruitment. Chris McQueen, Tyrone Roberts, Nathan Peats, Jarrad Wallace, Ash Taylor, Konrad Hurrel, Dan Sarginson, Kevin Proctor and of course the big one – Jarryd Hayne – have all found their way to the glitter strip since the beginning of the 2016 season.

But while Hayne is the signing with the most fanfare, perhaps the most important one for the Titans to appear in consecutive finals series is that of Kevin Proctor. Proctor comes with the Storm pedigree of professionalism and has the ability to take an extremely talented forward pack to the next level.

Perhaps for the first time in their history the Roosters have assembled an incredibly impressive squad primarily through junior retention and development as opposed to a concerted effort on recruitment.

Players like Latrell Mitchell, Connor Watson and Ryan Matterson are among the most promising young players in the game and having endured a tough 2016 campaign these exciting talents will be looking to shine with a clean slate.

With Mitchell Pearce staying out of the off-season headlines and Luke Keary partnering him in the halves you can expect a formidable attack to allow new fullback Michael Gordon plenty of opportunities to test out his goal kicking boots.

Warriors versus Knights
In many ways Kieran Foran the signing epitomises the Warriors as a club.

We know there is brilliance but for a variety of reasons the end result is a dog’s breakfast. If Foran can stay on the straight and narrow on focus on football, 2017 may just be the year that you can overlook the presentation of that breakfast and gobble it up.

Roger Tuivasa-Scheck returns as captain after featuring in barely 200 minutes of football in 2016 and he too will have a great impact on the teams fortunes.

For the Knights the only way is up after back-to-back wooden spoons over the last two seasons. They showed in their trial against an admittedly understrength Raiders outfit that they are playing with the kind of passion and intensity to seriously challenge their opposition this season.

They won’t grab the win here but you can expect this time to pick up at least four times the amount of wins they collected in 2016…. yes, I know, that would be a total of four this year.

Eagles versus Eels
After having rather poor fortunes in 2016, Brookvale has been renamed Lottoland in the hope of scoring a jackpot.

Dad jokes aside, the Eagles have embarked on perhaps the most interesting recruitment drive of all time during the off-season. Discards such as Curtis Sironen and Akuila Uate have been two of their most notable signings.

You can put money on both players re discovering their form, but it wouldn’t be surprising to see them flounder.

The Eels have kept the core of their post salary-cap affected squad together and improved it with the acquisitions of Suia Matagi and Josh Hoffman. If Clinton Gutherson fires at five-eighth then this team will play finals football. The first step begins at Lottoland.

We’re not sure this bloke has ever been to medical school. 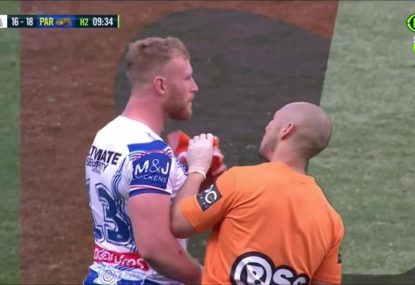 'I'm speechless': Bulldog stuns former greats with a try 'as outrageous as it gets' 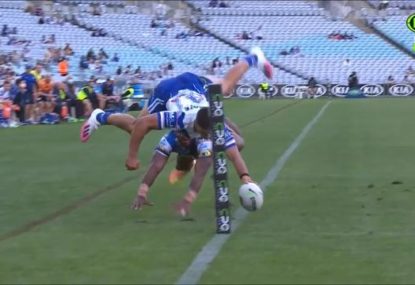 'I'm speechless': Bulldog stuns former greats with a try 'as outrageous as it gets'

‘That’s one of the most embarrassing things I’ve seen!’ 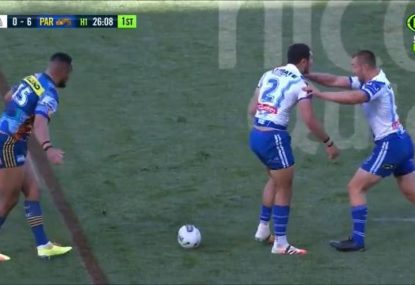 We have reached Round 12 of the NRL and the next two months will be crucial as teams jockey for places in the top eight, while the battle for the wooden spoon has just heated up. The Bulldogs’ win over the Knights in Newcastle has seen them draw to within two points of the second-last-placed […]