How does Canberra get in on the A-League action?

The people of Canberra have got right behind the Brumbies, Raiders, the Giants and Canberra United in the W-League. But fans of the A-League can forget about it.

If you are lucky, a local National Premier Leagues (NPL) team may get through a couple of rounds of the FFA Cup and draw an A-League side, like Canberra Olympic did in the 2016-17 season.

Looking at most major leagues across Europe, Asia and the US, Canberra is the only capital city that does not have a team in their domestic league.

Attracting high profile games in Canberra
State governments are willing to pay large sums of cash to bring in sporting events, and the ACT government is no different.

His government has made it a priority to attract quality sporting events on a regular basis. Only last month, they announced that Canberra will host the 2017 Anzac Test at GIO Stadium. The Government had been trying since 2013 to bring another Kangaroos game to Canberra.

Wallabies fans also have something to look forward to this year, when they play Argentina at GIO Stadium in September as part of the Rugby Championship. The Test will be the first time that Canberra has hosted the Wallabies since 2010.

The last Socceroos game in Canberra was April 2016, when Australia beat Kyrgyzstan in front of a crowd of almost 20,000. The government is currently evaluating the potential of hosting one of the qualifying matches for the 2018 FIFA World Cup in Russia.

The ACT government is not only interested in bringing in football games in the territory. In 2015, they signed a four-year agreement with Cricket Australia to host either a one-day international or a Twenty20 international featuring the Australian cricket team every summer from 2015-16 to 2018-19. 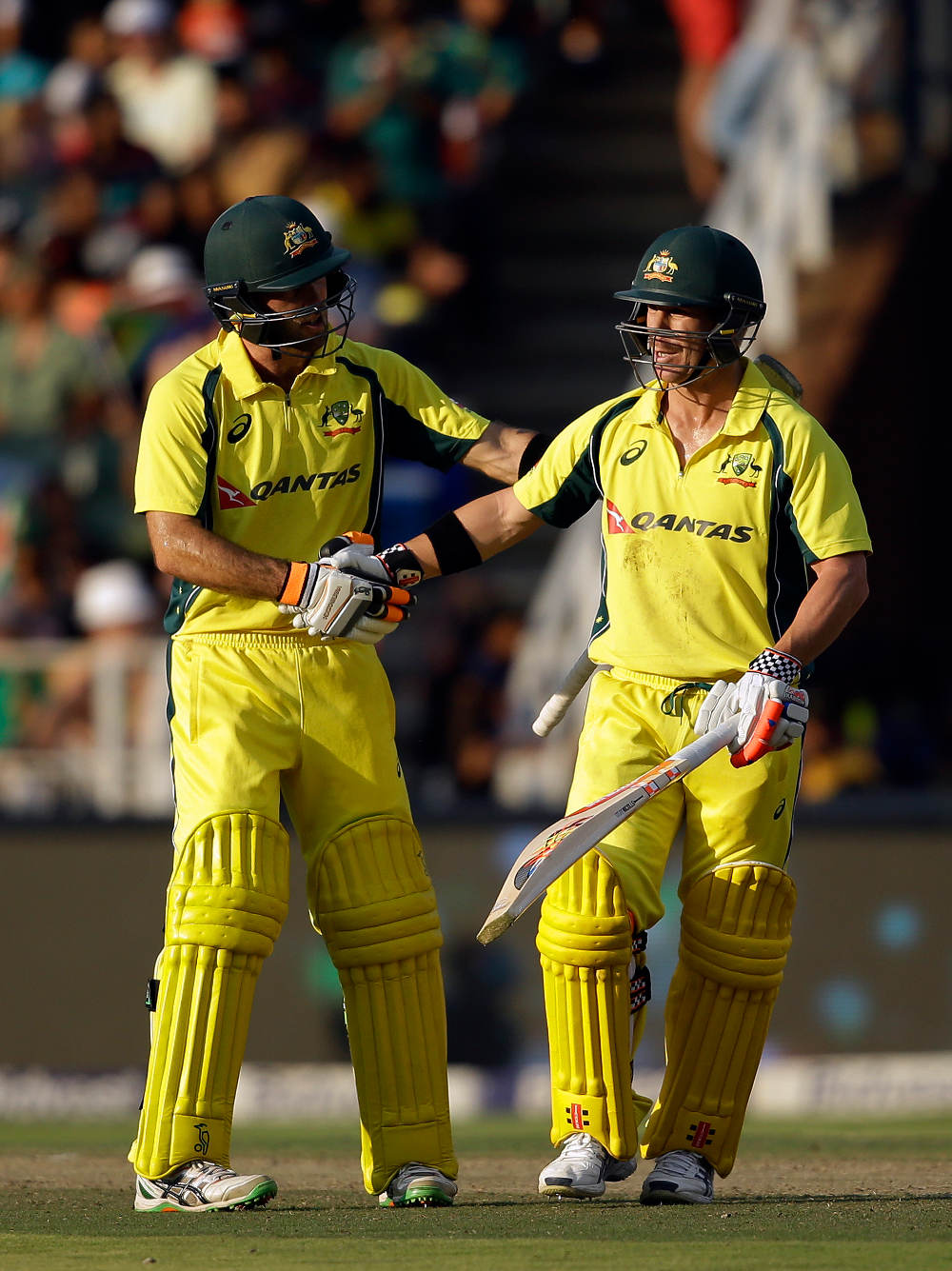 Domestic competitions
In 2012, it was reported that the ACT government paid the Raiders $1.4 million in appearance fees and $500,000 in payroll tax concessions. Similar agreements are likely to exist with the Brumbies.

In relation to the AFL, Canberra always struggled to get teams to play regular games, but that changed with the creation of Greater Western Sydney, with the ACT Government signing a $23 million, ten-year agreement for the Giants to play three competition games and one pre-season game in the ACT.

Six years into the agreement, GWS have built a loyal support base in Canberra.

Lack of national domestic football games
Canberra has a long history with football.

But we don’t and will not for the foreseeable future.

All four matches were played in front of paltry crowds of less than 6000 – a surprise given 20,000 fans turned up to watch the Socceroos play Kyrgyzstan. Canberrans also came out in force during the 2015 AFC Asian Cup, with Canberra Stadium almost seliing out on several occasions.

So where did these fans disappear? Was it the lack of association with the Central Coast? Was it that the Mariners were near the bottom of the ladder? No marquee players? Was it the lack of building a rapport with the community through school visits or junior clubs? Lack of advertising? Or was it just because it was not a Canberra team?

Whatever the reason, it sends a signal to the FFA about the potential success of a standalone Canberra team in the A-League.

Late last year, Phil Brown, Capital Football’s CEO, ruled out a bid for an A-League licence, telling Fairfax Media after the first Mariners game, “Capital Football isn’t preparing a bid for the A-League. We’d support any organisation or we’d love to have a chat to anyone who was looking to put one in.”

Ever since the Mariners played those two games in 2009, Capital Football has been more supportive of pursuing a relationship with an existing A-League team rather than developing a strategic blueprint to bring a Canberra team into the A-League.

Two drivers likely to be behind the decision were A-League4Canberra suspending its efforts to secure a licence after it became clear that the FFA was not going to award a licence to Canberra, and the FFA CEO’s comments in 2015 that Canberra did not have the population base to sustain a team.

According to Fairfax, David Gallop said the FFA’s desire was for expansion clubs to be based in cities of populations in the millions as opposed to in the hundreds of thousands.

But there are only five cities with a population in excess of one million people in the whole country. Canberra comes in eighth for size, just behind Newcastle-Maitland, which has a team in the A-League. Surely Wollongong, Geelong and Hobart, which have shown strong interest in a licence and have around 200,000 people less than Canberra, should put a stop to their proposals?

The language coming out of the FFA suggests it is only interested in capital city derbies, which are good for TV ratings and broadcasting contracts, rather growing football across the country.

A Canberra team in the A-League would provide fans with their own team, a marketing opportunity to promote both the women’s and men’s game through back-to-back games, and a pathway for our young players to play at the highest level.

These advantages are in addition to the economic benefits.

But if Capital Football are not pursuing a standalone Canberra team, the only way forward is through a long-term strategic relationship with an existing team.

Western Sydney would have been a better fit, given the proximity (like GWS), but the Wanderers are unlikely to give up any home games due to local support selling out its stadium.

The Mariners have played four games here, as well as a number of pre-season friendlies with NPL teams. The have conducted coaching clinics for coaches and young players, while players have also come down to offer advice at the Kanga Cup. 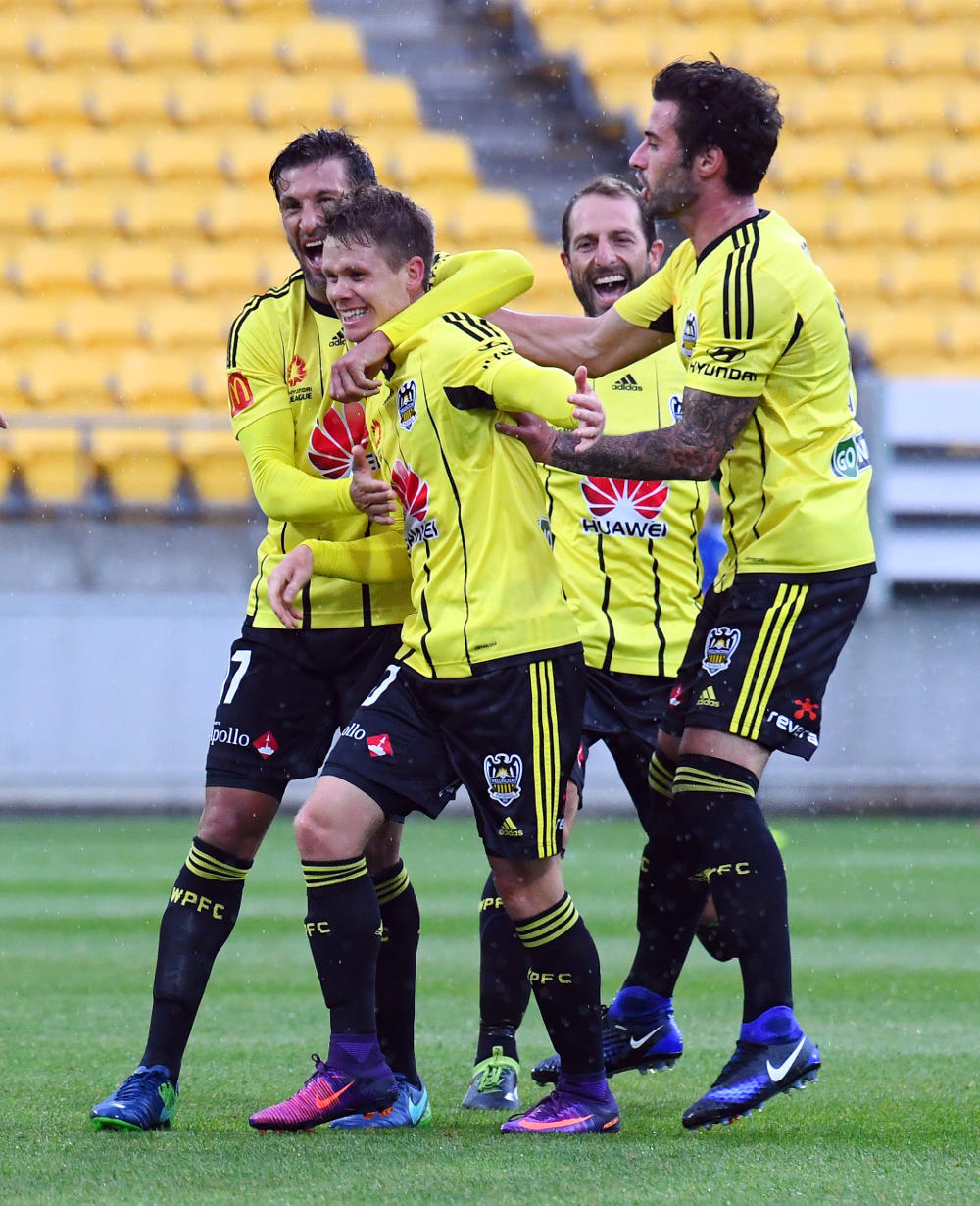 A strategic partnership to bring football to Canberra
To make it happen requires someone taking a leadership role to bring all three key parties together.

The ACT Government needs to stump up some serious cash. We are not talking about underwriting one game a year for the Mariners and Wellington Phoenix to play in Canberra under a ‘sister-city’ relationship. As with the other football codes, football fans expect the ACT government to find upwards of $2 million a year to support the Central Coast Mariners.

Capital Football needs to do more than just providing a narrative around strengthening relationships between the Mariners and supporting the development of football in Canberra. Dedicating significant resources for the W-League, the NPL and National Youth league is not enough, given the fees that junior and senior footballers pay into their coffers each year.

It’s time that Capital Football does more to support the Central Coast Mariners, including signing a memorandum of understanding with clear objectives.

Any talk by the Mariners of playing just two games in Canberra under a long-term strategic partnership is not enough. The club plays at least 13 home games a season, so if it want to replicate the Giants’ success in Canberra, then local football fans expect at least three games a year in the season proper.

But the Mariners need to entice fans to the stadium through school visits, training camps and other activities, thus raising their profile in Canberra. Playing higher profile games, against a Sydney or Melbourne team, would also help.

FFA expansion delayed
The FFA announced on February 28 a delay in the expansion of the A-League for a further 18 months because of concerns about the sport’s financial standing.

The decision to delay expansion buys Capital Football and the ACT government room to think about the best model to bring regular A-League games to Canberra fans.

In all likelihood the FFA expansion will result in giving A-League licences to Sydney, Melbourne or Brisbane teams. Pursuing a standalone team for Canberra will result in further disappointment.

The best way forward is striking an agreement with the Mariners. If that fails, football will continue to be the ugly duckling of all four codes played in Canberra.

But Capital Football may just surprise us all and announce that Canberra has joined the ranks of New York, Salzburg, Brasil and Leipzig to become ‘Red Bull Canberra’ in an expanded A-League, as Red Bull co-founder Dietrich Mateschitz enlarges his football operations to Australia.

For Canberra fans of the round ball, don’t hold your breath.