Beware the Ides of March? Not if you're a Test cricket fan

The Ides of March are come. But not gone. And while this is a day for Julius Caesar to beware, for cricket fans it’s a day to celebrate.

On this day 140 years ago, Test cricket started. Australia took on England at the MCG and a great sporting tradition was created.

There had been England teams touring Australia before, as promoters looked to make money in the colonies. But the colonial teams were weak, and to create some competition, Australian teams would field up to 22 players.

One promoter, Lord Sheffield, gave a grant to Australian cricket for a trophy to encourage more regular competition. To this day, the Sheffield Shield bears his name.

When James Lilywhite brought his team out in the summer of 1876-77, he found Australian cricket had greatly improved. And so at the end of the summer, it was decided to play two 11-a-side games.

And Test cricket was born.

It was just after 12 noon that Alfred Shaw ran in to bowl the first ball. Charles Bannerman faced, scored the first run, and went on to top score, retiring hurt at 165.

By top scoring in the first innings, Bannerman created the record for the highest innings by an Australian on Test debut. That record still stands.

Bannerman’s knock dominated the Australian innings, the Aussies dismissed for 245. England were set 154 to win in the fourth innings, but were skittled for 108. Australia had won by 45 runs.

Australia and England were the first Test cricket teams. The tradition between the two countries stepped up another gear after Australia achieved a narrow, seven-run win over England in 1882.

A mock obituary notice in an English newspaper lamented the death of English cricket. “The body will be cremated and the Ashes taken to Australia”.

When England toured Australia the next summer, a small urn was presented to the England captain, legend says a burned bail is inside.

England had regained the Ashes and Test series between the two sides have seen the Ashes up for grabs ever since.

Under apartheid rule, South Africa was expelled from Test cricket in 1970.

In the early days, Test matches lasted three days, later extended to four, then to five. There were several decades where all Tests in Australia and the deciding Test of the series elsewhere were timeless.

There were four balls an over, then five, then six. In Australia, there were eight-ball overs until the late 1970s. There were still eight balls an over when the centenary of Test cricket was celebrated in March 1977.

The Centenary Test was a remarkable match. The 800th Test to be played, it was a celebration of the tradition.

Debutant David Hookes hit Tony Greig for five boundaries in an over. Rick McCosker, retiring hurt with a broken jaw, bravely returned to face the pace bowling in an era when helmets were still unknown.

Set an unlikely 463 to win, England were on track to get there, Derek Randall scoring a magnificent 174, before Dennis Lillee ripped through the England tail in the last hour. 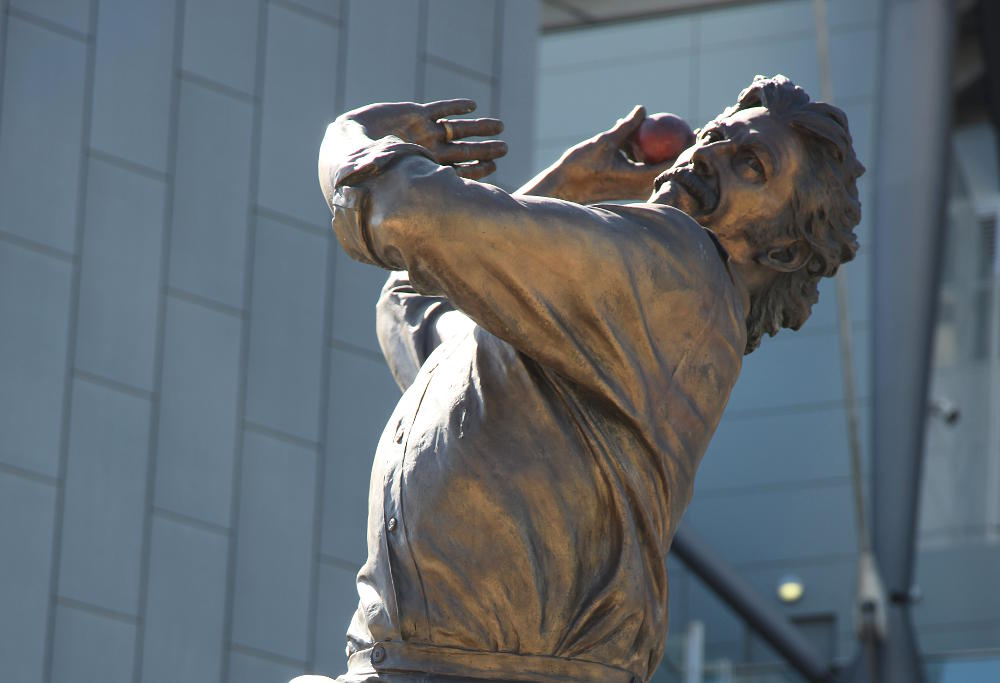 Australia won the game by 45 runs, exactly the same margin as in the first ever Test match 100 years earlier.

Behind the scenes however, a revolution was in the planning. Tours in the early years were run by private promoters, yet for nearly a century all professional cricket was run by cricket associations.

But Kerry Packer was signing players for a breakaway movement that would divide the cricket world in two. It took two years to bring it back together. When it came back, commercial TV, one-day cricket and day-nighters had become a regular thing.

Many predicted that Test cricket would die. But there’s more of it now than ever before.

Since the Centenary Test in 1977, 1453 Tests have been played. Nearly twice as many in the last 40 years than in the 100 years preceding.

And there are more countries playing Test cricket. Sri Lanka joined in 1982, 1992 saw Zimbabwe admitted, and South Africa re-instated. And Bangladesh became a Test country in 2000.

And what of the future?

The world of cricket is changing. Domestic franchise T20 cricket is on the rise. But there’s no sign of the amount of Tests slowing down. It’s the traditional form, the players love it and it rates well on TV.

It’s been going for 140 years. There’s nothing to suggest it won’t last another 140 years. The world will change, but Test cricket will still be with us.