Milan-San Remo is often referred to as the ‘sprinter’s classic’, due to the fairly flat parcours. Over the last five years, the race has been dominated by the sprinters, and tonight’s 2017 edition should be no different.

The second name given to the race is ‘La Classicissima’, or in English, ‘The Spring Classic’. If you are a major classics fan, this race starts an intense three week period where the peloton will face the tight and twisty roads of San Remo, the rain and wind of Flanders, and the dust and despair of Paris-Roubaix.

The race starts in the city of Milan and will take quite a while to really get going, over 150 kilometres of the 290 kilometres in fact, before the riders face the first main obstacle of the day, the descent of the Passo del Turchino.

After the descent, the riders will have just over 130 kilometres to ride. For mine, this is where the race really starts, as we will start to get an indication as to which teams want to work and which teams will hedge their bets till later in the day.

From here on in, the riders will hug the coast line all the way to the 20 kilometres to go point, where the riders, however many of them are left after the torturous preceding 270 kilometres, will tackle the two definitive climbs of the Cipressa and the Poggio.

The Cipressa starts with just over 20 kilometres to go and averages four percent for over five kilometres, with the first half of the climb being the steepest. We should see the first of the big attacks over the top of the climb, as a short descent and flat section follows before the start of the final climb of the Poggio.

The technical descent off the Cipressa will allow attackers to get out of sight quickly, but a flat five kilometres into the final climb will mean a group of riders will need to get away if they are any chance of staying away over the Poggio as well.

This was a problem for one of this year’s pre race favourites, Vincenzo Nibali in 2014, where he attacked early on the Cipressa, but could not sustain the effort once he hit the flatter roads heading to the Poggio.

Once the riders get to the Poggio they will have a similar climb to that of the Cipressa, with the riders only suffering for 4 kilometres at around 4 percent, with the steepest gradients once again being in the first half of the climb.

The riders who favour the hills will look to attack early on in the climb and keep a gap before the extremely daring and technical descent heading back into town.

The last time a group of riders attacked on the Poggio and stayed away was in 2012, where Australian Simon Gerrans took the win. 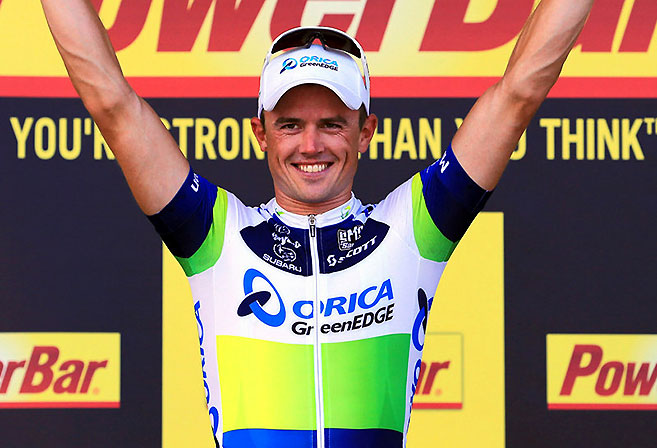 The last challenge before the final sprint in San Remo is the descent off the Poggio, where we will see the final chance for any escapees to try and get away before the expected bunch sprint finish.

It should come back to a sprint if the run into the final 20 kilometres before the two final climbs is uneventful. Teams should have enough teammates to keep the race together, especially with the strength of some of the teams taking part in today’s race.

Last year’s winner Arnaud Demare will once again lead the FDJ squad, with him being supported in the sprint potentially by new recuit Jacopo Guarneri, who has come from Katusha. He used to be a key part of Alexander Kristoff’s leadout, but is now working in aid of Frenchmen Demare.

Demare has had a great start to the season already, with three stage wins already, including taking the leader’s yellow jersey after winning Stage 1 of Paris Nice recently. This stage was highlighted by horrendous conditions, and Demare showed that he is one of the clear favourites over today’s parcour.

Double world champion Peter Sagan (Bora-Hansgrohe) has had a super start to the season with his new team, having started his season at the Santos Tour Down Under. With three wins already his in his young 2017, including Kuurne- Brussel-Kuurne and two stage wins at the recent Tirreno-Adriatico show that the Slovakian is hitting form before his first set of objectives for the year, being the spring classics.

Sagan has won many major races so far in his career, however Milan San-Remo is not one of them. His best finish was in 2013, when he was outsprinted by Gerald Ciolek on a snow shortened edition of the race.

The final name I want to highlight is young Colombian speedster Fernando Gaviria (Quick Step Floors). Rewind 12 months and Gaviria was within 250 metres of a potential monument victory, however a touch of wheels just before the final sprint left him on the ground and out of contention.

He showed last year the final two climbs don’t trouble him, and with four stage wins already, with one coming at the final road stage of Tirreno-Adriatico, the young man is in good form heading into the 290 kilometres of racing.

Whilst the sprinters should end up taking the spoils, as I mentioned before, the finale 40 minutes of racing allows opportunities for the punchers to have a go at claiming the spoils over the much more fancied rivals.

However the big boys in the sprint should get their chance to shine.