Glenn Maxwell came of age as a Test cricketer at Ranchi. He faced 185 deliveries in compiling 104, his maiden Test century.

It was an innings built around patience and caution rather than inventiveness and gusto.

It was a knock that some thought Maxwell was incapable of producing.

It has all but guaranteed that he will bat at number six in the first Ashes Test at the Gabba in November.

And that may prove to be a massive plus for Australia.

While Steve Smith does not seem overly enthused about utilising Maxwell’s spin bowling at present, his inclusion in the side provides an opportunity for Australia to go with a four-prong pace attack for much of the summer.

And the likely quartet has the potential to be akin to those the West Indies fielded in the 1970s and ‘80s.

If they are all fit, an attack comprising Mitchell Starc, Josh Hazlewood, Pat Cummins and James Pattinson could prove devastating.

It would allow Australia to go for the jugular early in the Ashes series with the Gabba, a traditional fortress for Australia, being followed by a day-night Test at Adelaide.

Both venues will provide the home side with favourable conditions for an all-out pace assault on England’s batsmen.

Starc (148 wickets at 28.3) is one of the most destructive quicks currently going around.

While he may at times go for a few runs, he is also a regular wicket-taker, often doing so in a brace over the space of a few deliveries. 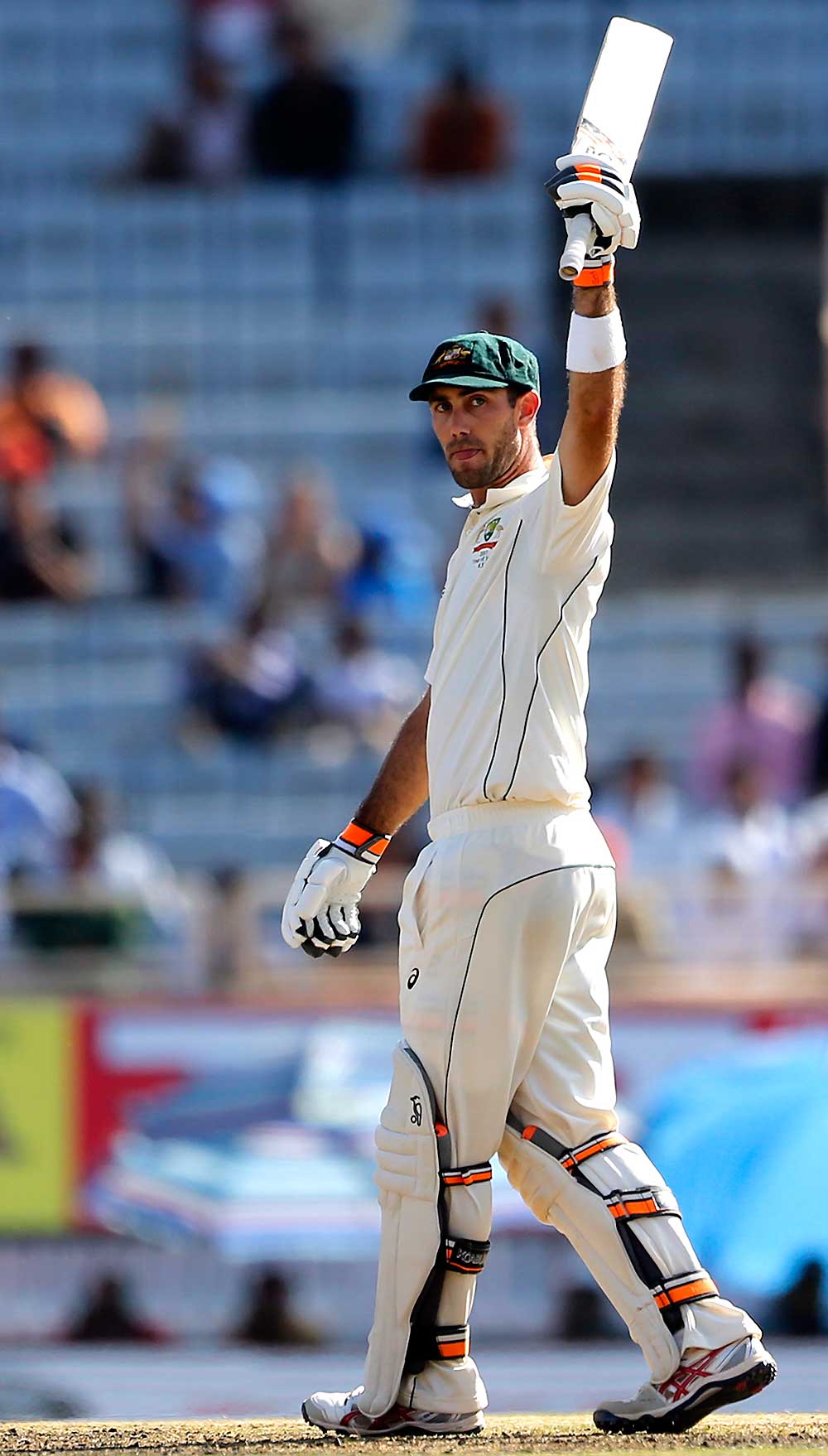 His ability to tail the ball back into right-handers at speeds approaching 150km/h makes him an ever-present threat.

The fact that he is a left-hander would add another dimension to the three right-armers.

Hazlewood is metronomic in his method. Comparisons with a young Glenn McGrath, his childhood hero, are a regular occurrence.

While he lacks the pace of the other three, it in no way diminishes his effectiveness.

He can bowl sustained, miserly spells. He is forever at the batsman and his ability to nip the ball off the pitch has the slips cordon constantly on their toes.

Cummins has made a seamless return to first-class ranks.

After a stunning man-of-the-match winning debut as an 18-year-old against South Africa at Johannesburg in November 2011, a succession of injuries kept him predominantly out of red ball cricket until two weeks ago, when he played his first Sheffield Shield match since March 2011.

He returned figures of 4/57 and 4/47 against South Australia.

The plan was to continue to ease him back into first-class ranks in readiness for a Test return next summer.

After just one Shield match and a series-ending injury to Starc, Cummins was parachuted into Ranchi for the third Test of the Border-Gavaskar series.

With the series still very much alive, the selectors deemed it an acceptable rest.

He did not disappoint, sending down 39 overs, picking up 4-106 in India’s marathon first innings.

He bowled with genuine pace and, on occasions, extracted bounce that the other quicks could not.

Pattinson, similarly to Cummins, has spent more time on the sidelines than in the middle in recent years.

He made his Test debut against New Zealand at the Gabba in December 2011, and like Cummins, picked up the man-of-the-match award ahead of being named Player of the Series.

He was accorded man-of-the-match honours in his third Test when he claimed eight wickets against India at the MCG.

Subsequent appearances were spasmodic with a series of stress fractures in his back and shin leaving him regularly sidelined.

To date, he has played 17 Tests, capturing 70 wickets at 26.1. He boasts an impressive strike rate, claiming a wicket every 47 balls.

He returned to first-class ranks last month after a lengthy lay off.

In four Sheffield Shield matches he has taken 20 wickets at 16.3, including a stunning 5-7 to bowl Victoria to victory over Queensland last weekend.

He will be back in action on Sunday, spearheading his state’s quest for the Shield title in the final against South Australia at Alice Springs.

Aside from his stunning bowling figures since returning to first-class ranks, he has also had scores of 29, 39 and 57.

Cummins has also worked diligently on his batting while unable to bowl. He has a first-class average of 26.3 from his ten matches.

When you factor in Starc’s performance with the bat – a Test average of 24.8 with nine half-centuries – the trio bring more to the side than merely their bowling.

Hazlewood is also capable of holding up an end.

Often innings can be defined by the performance of the lower order. With this quartet Australia would bat very deep.

There would be a massive upside in unleashing the quartet against England next summer. Collectively, they could do some serious psychological damage to England’s batsmen, especially at the Gabba and the Adelaide Oval, where grass is left on the pitch to accommodate the pink ball.

If needed, Smith could bowl himself or Maxwell to break up the quicks’ spells later in the innings, if required.

Both are currently under bowled at Test level.

History does not bode well regarding this pace quartet all staying fit for prolonged periods, but those waiting in the wings could easily slot in, with Jackson Bird, Jason Behrendorff and Chadd Sayers heading the list.

But if that quartet does stay fit for extended periods they could define this current era of Australian cricket.

While they all have time on their side, the opposition won’t if they are all unleashed in the one match.

Brisbane in November would be a fine time to see it.