If the Force go, then so do I

When rugby went professional I sincerely felt some pity for all the other nations. At last the Wallabies were going to get their fair share of the athletic talent in Australia.

We were going to steamroll the world. How’s that worked out for us?

Before I moved to Perth for work, I became a foundation member of the Force because I knew I was always going to end up living there. I am still a member.

I had high hopes of us winning a few Super premierships in the early years, or at least the Australian conference a few times.

Why? Because the other Oz sporting bodies, the AFL and NRL, ensured that their fledgling teams did well. Think West Coast Eagles, Melbourne Storm, Brisbane Lions and Sydney Swans.

Surely the ARU wouldn’t let a new club flounder, would they?

Over the years I gradually became resigned to the fact that the Force were never going to do well. Why? Because the cards were always stacked against them.

Although when initially set up, the Force received their fair share of marquee players, this was mainly due to the sponsorship money available at the time – not because of some ARU grand plan.

When the ARU set up the Melbourne Rebels, they were allowed a higher percentage of marquee players than the Force were at the time.

Furthermore, Perth is the last destination of choice for most east coast players as it is too far away from friends and family.

Sydney and Brisbane are the biggest markets and are first choice for marquee player salary top ups. They are followed of course by the Brumbies, Rebels and then the Force.

At one stage (due to cost cutting) the ARU even took away the Force’s junior academy and moved it to Brisbane. Therefore, continuity was cut with the senior squad and if the Force needed a late game replacement, there was little time for an Academy player to learn structures and combinations.

So, with time, I accepted that the Force were never going to do well. I was just thankful that I could go to a ground in Perth and see some great, live rugby played. It’s just a shame that it was usually by the visiting team.

I am lucky in that I have two mates who own corporate boxes and I can pretty much go to the rugby whenever I like. For the last two years, they have struggled to fill them.

It will always be difficult to get people to come and watch a losing team in the winter, even with free food and drink. This year, one of my mates changed over to an Eagles corporate box.

He is inundated with requests to attend games. My other mate is giving up his corporate box next season, come what may.

So now, my team, the Force is going to be cut – or so I’m led to believe. This being released by the Sydney press just before the Force issue shares in the brand as a last ditch effort to save the team is the last straw.

If it’s true, then that’s the lowest of the low – especially if the ARU were involved.

Will I boycott any future ARU test in Perth? You bet. Why should I give them any more money than I have over the years? What have they done to earn my loyalty? 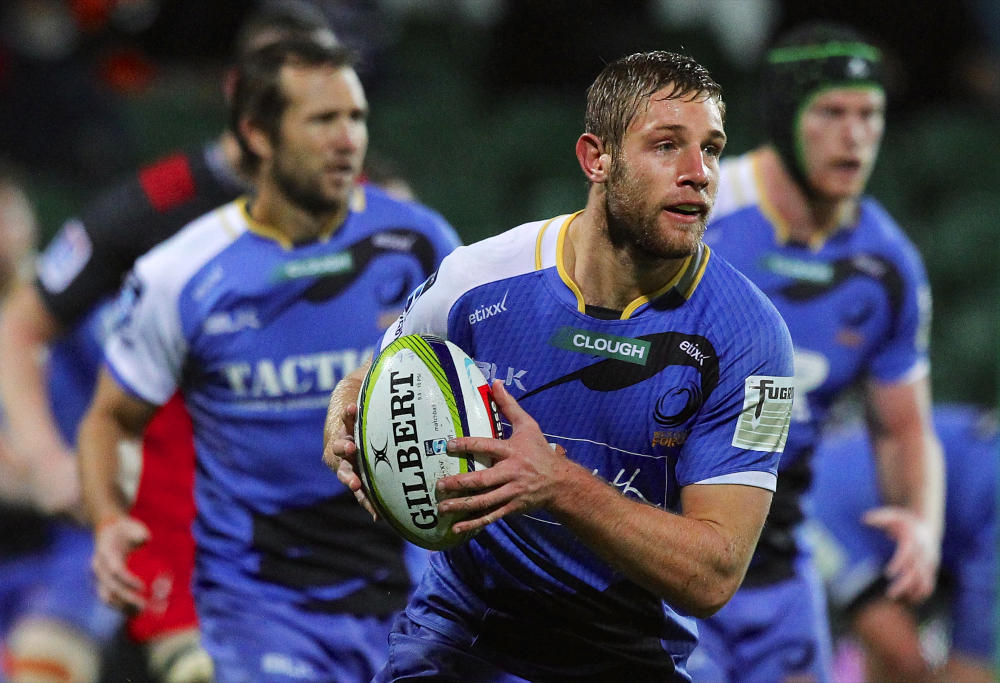 Will I stand outside the stadium wearing my Force jumper and carrying a ‘I Hate ARU’ placard? No way. I’m just going to watch the free to air rugby league broadcast every weekend, thanks very much.

So it look likes the grand plan for expansion of rugby in Australia is fading away. Losing the Force will set back rugby in WA for a long, long time. As for the rest of Oz, the way things are going, we’ll be lucky if rugby doesn’t become about as popular as badminton in a few years.

So what’s the solution? It’s easy-peasy and has been mentioned several times here on the Roar. Plan A should be that instead of shrinking, we must grow. We have a tiger by the tail, so why not see how far it will drag us?

My Plan B would be for the ARU to grow some cojones and tell the rest of SANZAAR it will not happen, or we will just have our own conference.

Why do we have to be part of Super Rugby anyway?

In the meantime, I will look forward to the rugby league on free to air TV every weekend. From what I’ve seen, their skill level, speed, strength and entertainment far outpaces anything rugby has to offer.

The ARU really needs to go into a room of mirrors and have a good long, hard look at themselves. The top-down model isn’t working. They need to scrap every strategic plan they have in place and start again – from the grass roots up.

In order to do this properly, the ARU board needs to reflect all of the rugby communities in Oz, not just a select few from certain suburbs in Sydney and Brisbane.

Over to you ARU.