Two brutal, bloody and brilliant sports: What rugby league can learn from the UFC

There’s a common theory – or excuse, maybe – that sports cannot grow their market share exponentially, or break into new territories.

The basis of that argument is that cities, states and nations have supported particular sports for generations, and the appetite, recognition factor and historical bent of their population cannot be overturned with any haste.

But let’s have a think about rugby league and sports to which it bears a resemblance.

In terms of power, endurance and bodily contact, you’d have to say it’s awfully similar to one of sport’s great modern success stories: the Ultimate Fighting Championship (UFC).

While that organisation has been around since 1993, its rapid rise to prominence has been concentrated around the last decade.

In many places it has had to overcome being banned, a blackout by some sports editors and continued division of public opinion – far more than anything rugby league has to hurdle.

Whether you are a fan of the sport or not, that the UFC went from being worth US $2 million in 2001 to being sold for US $4 billion last year (a 1999 per cent increase) is fascinating from a sports management perspective. 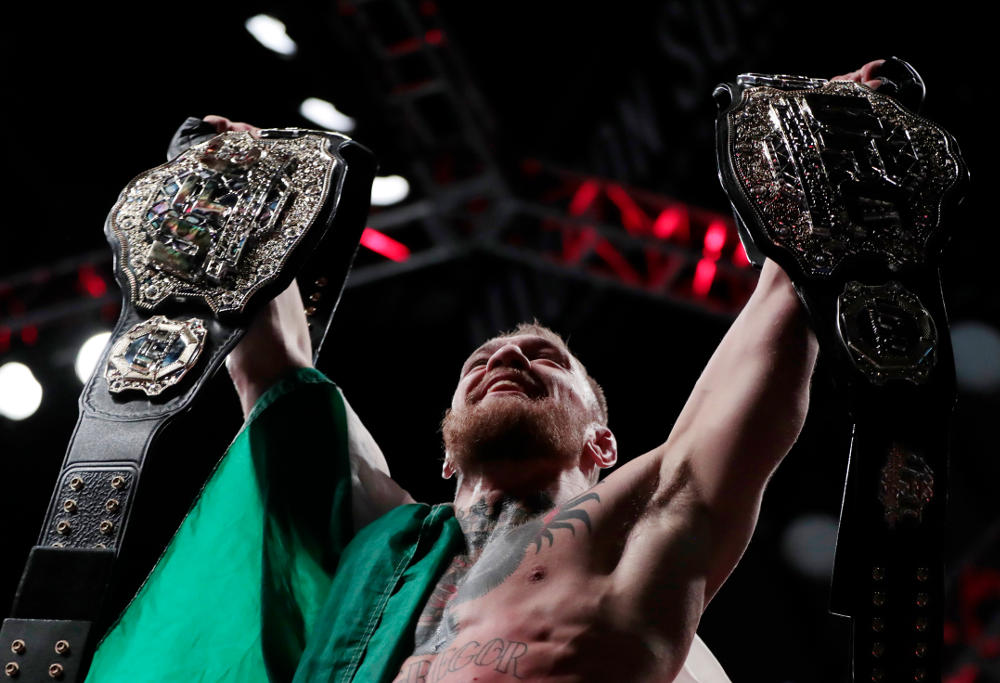 So what made the UFC so globally pervasive? And what can the NRL learn from it?

Ambition
Many reckon this is the UFC’s greatest asset, and it didn’t cost them a cent. The Fertitta brothers, who purchased the UFC in 2001, and president Dana White set out with the mindset of turning a flagging organisation into something ground-breaking. They were constantly on the front foot and pressing.

Compare that with senior rugby league executives who firmly believe rugby league will never grow beyond its current boundaries. People who have been in the sport’s administration for 40 years for minimal expansion don’t want to believe it can suddenly boom with new technology, because they’re afraid it questions what they have done in the past.

Marketing
This is an area the UFC dominates. Whatever they produce is crisp, clear and calculated. Everything they do in front of a camera is an event, a spectacle. We’re not saying we need rugby league to produce confected press conferences, but nor should it continue to purposely deny the natural emotion of gladiatorial combat.

What the UFC does better than most sports is embrace what it is. It’s a brutal, controversial sport, contested by tough hombres who make us mere mortals gasp in amazement. They don’t continually apologise for that fact or try to appease all people.

Broadcast
Nobody can discover your sport unless it is seen. And while the internet and live streaming knock down walls to a degree, you need the general public stumbling across it and talking to friends.

While the NRL has done well from recent domestic TV deals in Australia, overseas coverage still leaves a lot to be desired. Even expats who actively go searching for it have trouble. What chance do the uninitiated have?

Compare this to the UFC, where it floods YouTube, key clubs and pubs, and promotes weeks in advance. How good would it be if the NRL set up dedicated, advertised overseas ‘clubhouses’ where you could gather for big matches with friends, compatriots and newcomers? 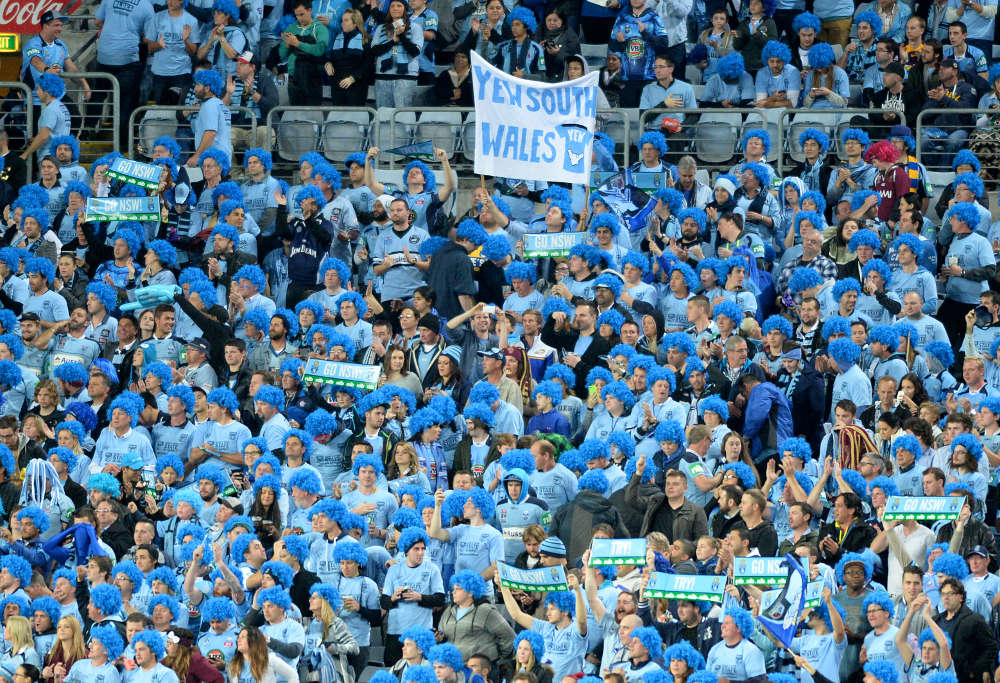 Enforced media obligations
This is something rugby league has always struggled with. Even for those of us who grew up playing the game, there comes a point where you have to accept the NRL operates in the entertainment industry, not necessarily the sports industry.

Clubs have quotas of media obligations to fulfil but they get manipulated in the worst way. Last year, a two-minute chat with a fringe first-grader about a charity he was supporting was sought. But the club had already fulfilled its quota and denied the opportunity.

My editors tell me the recent captain’s call to start the season was advised on minimal notice and half the players left early. The UFC strips the NRL in this regard, even hauling Conor McGregor over the coals.

Not selling the public for fools
The UFC’s own reality show, The Ultimate Fighter, is seen as the decisive point in its success. The beauty of the widely-promoted series was it culminated in a finale won by Forrest Griffin, who went on to become a UFC Hall of Famer.

There have been several champions born from the show since.

Compare this to last year’s NRL attempt, The Rookie, which not only came too late, but featured players who were largely no chance of ever cutting it. Everyone heard about contrived trial games, saw the skill level on offer in early episodes and felt insulted.

That was a prime opportunity gone begging. And the NRL would be wise to limit other events it runs which are starting to fail the sniff test – like the World All Stars.

Promoting all tiers
In the UFC, the biggest fighters don’t fight at every event. Instead, there are different tiers of contestants, where different weight divisions throw up intriguing contests. Even if the fighters in the early bouts couldn’t hold a torch to the athletes in the main event, the UFC still promote them like crazy and create a broader knowledge among fans.

Anybody who has seen how English football promotes and integrates all divisions knows it can be transposed to team sports and be done much better than what rugby league does at present.

Promoting both sexes
Fair credit to the NRL for a massive imporvement, but it still has a long way to go. There are still administrators who don’t believe the women should play on State of Origin night, instead serving up underage games, largely because of entrenched loyalties. 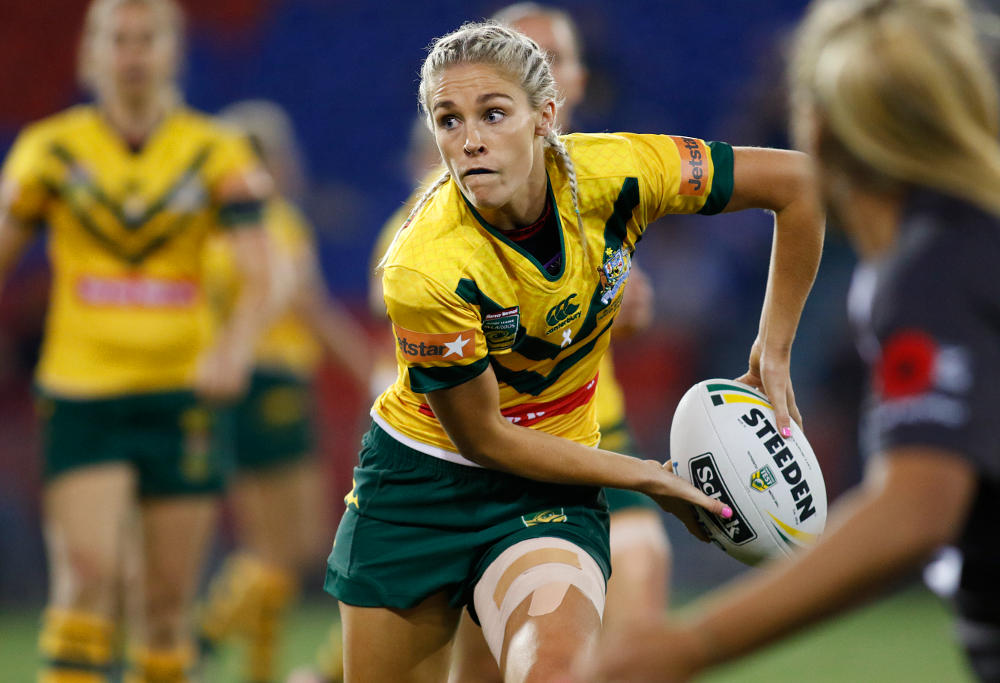 Injury management
One lesson the UFC learnt early is that if your best stars are hurt and cannot fight, interest plummets. Every year we hear discussion about limiting the number of games for our big stars, but administrators, coaches and the players themselves defy their own advice.

At some stage, we need to look at the toll the game is taking and weigh up whether if we better promoted a wider range of athletes in the sport, could we have fewer events per player and bring in the same amount of revenue?

Overseas expansion
The UFC is not only on TV stations across the world, filled with participants from dozens of countries, but they’ve also held major bouts in 15 different nations.

It might seem like this is natural for combat sports, but in the early days of UFC it was restricted to the USA alone. Even its first overseas venture was Puerto Rico, a US territory.

In recent years they’ve been much more daring with heading abroad and it’s given them some of their most profitable events. Rugby league’s focus has been on harnessing the Pacific, where only three of 25 countries have populations of more than one million.

No offseason
A great weakness of rugby league is that, in the southern hemisphere, it’s inactive for a third of the year. Without proposing that players rack up any more games than they already do, the sport has to utilise the excitement machines that play at the secondary tiers who perhaps lack the size, consistency or defensive aptitude for regular first-grade football.

The concept of a mini-season of nines football through the summer months could ensure year-round attention, and it’s encouraging to hear the Rugby League International Federation talking along those lines this week.