Blank Esports: The best in the Pacific?

Blank Esports are the best Overwatch team in Australia. Now, they’re out to prove they’re the best in the Asia Pacific.

After closing out their first week of Blizzard’s inaugural Overwatch Pacific Championship with two three-to-nil victories, they’re already beginning to do so.

This shouldn’t be a surprise for anyone who’s familiar with Overwatch esports in Australia. Formerly ‘Fusion Girls’, the Blank Esports roster have found themselves on a thirty game competitive win streak. They even held their own against some of the best teams from China and Korea playing right now.

It’s rare for an Australian team to see this level of success and recognition overseas – especially in an esport so young. When discussing tough competition in the pre-OPC press conference, teams quite rightfully saw Blank as a force to be reckoned with.

Their performance over the weekend proved that – landing them tied first with local favourites the Flash Wolves after the first games.

“Flash wolves are definitely our toughest competition – they’re like a Taiwan dream team,” said Andrew ‘RQT’ Haws, Blank’s captain. “We’ve beaten the players before in the teams they’ve come from, but this is the first time they’re playing together. A lot of them are the stars of the teams they used to be in.” 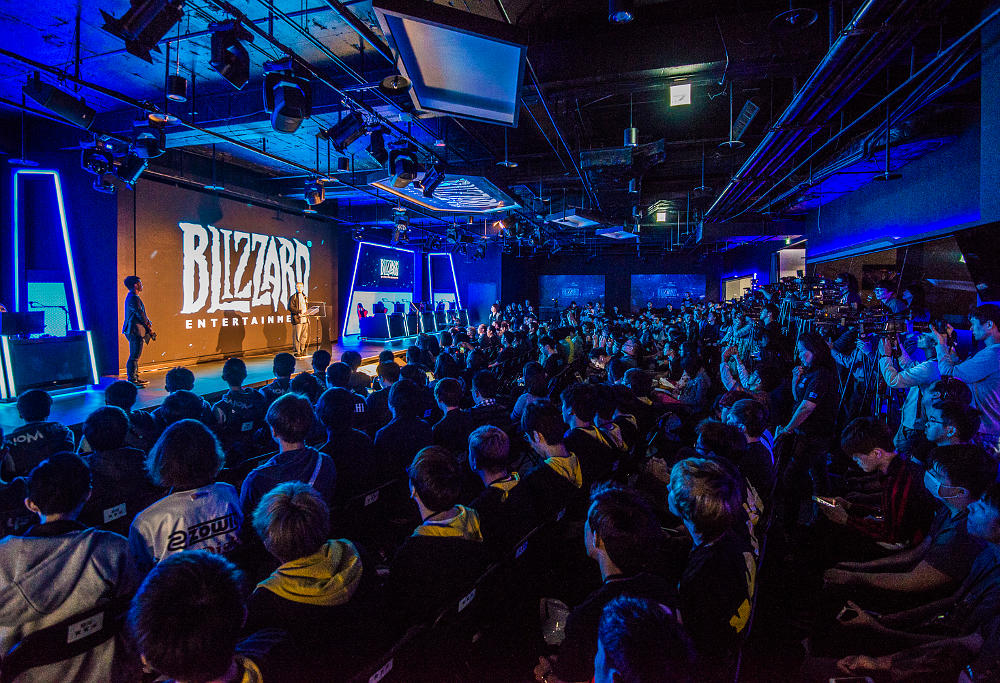 Day one saw Japanese team DeToNator.Gold come up against Blank. They managed to give a hard fight on the first two maps, Oasis and Numbani, but fell short of snatching either away from Blank. Hanamura was where the guys found their groove again, swapping some early shakiness – first match nerves coupled with preparation issues – for their superior teamwork and skill. The day was long, but the best of five to close it really wasn’t.

Day two of week one saw the Taiwanese Machi Esports’ shot at Blank. In a very similar fashion, a control map opened the set, with Blank finding victory on Lijiang tower 3 rounds to 2. While the following King’s Row and Volskaya Industries both ran to an initial draw then overtime, Blank commandingly finished off each round with a strong lead. With some Sombra and Orisa picks popping up throughout the day, it seems Blank’s safe outlook allowed them the double win, and the confidence boost they needed alongside it.

But it’s only been one week. The themselves see this as them at their weakest – “It took us a while to get computers sorted – we’ve only had four scrims before today [day 1]” said RQT. Even with this limited prep time they managed to not drop a match. Up against arguably the least challenging of the eight teams, the guys will be really put to the test taking on Flash Wolves and AHQ e-Sports Club in just under a week.

From here, now that computers, living arrangements and the week one jitters are sorted, the team can get down to business. Blank is a very safe team that doesn’t often pick too out of the box, opting for mechanical skill and teamwork over pocket strategies. The way each player knows how their team will play on a moment to moment basis may just give them the edge they need to take the imposing Flash Wolves in their week two match up.

“We’ve had a lot more practice together, played in multiple tournaments, while some of the other teams don’t have that,” noted Jordan ‘Gunba’ Graham. “It gives us a bit of confidence – we’ve been playing these players on 150 ping,” said RQT. “Coming here and playing against them on five ping will be really good for us.”

Regardless of the outcome, this match will determine the tempo of the tournament. Have Blank been underestimated or will Flash Wolves have them playing catch up to make the finals series? My bias swings hopefully toward the first, but it’s a tough bet to make.

Blank Esports are looking to prove something through the Overwatch Pacific Championship. It’s about showing a growing esport scene that Australian players can play – and win – with the best of them. Whether it’s on 150 ping in Australia or scrimming in Taiwan. Blank could really go far from here – but time will tell if they can hold that win streak.

You can check out the english broadcast by Full Circle Esports here every Friday, Saturday and Sunday for the next ten weeks of playoffs.