Bigger than the Roar: Thomas Broich should not be leaving Brisbane

Thomas Broich never wanted to be anyone else but due to his chosen career, that’s exactly what he was.

In football, even sport in general, we make these common comparisons which go as follows:

(Insert up and coming player) is exactly like (insert current star or past player).

Paulo Dybala is the next Leo Messi, Tommy Oar is the next Harry Kewell… the examples are endless.

The comparisons, personally, are lazy and unimaginative on our part. They deny us the opportunity to see a player for what they are and confide them to a box made from our own perception and biases.

Thomas Broich was hit with the comparisons early in his career. Along with Lukas Podolski and Bastian Schweinsteiger, Broich was meant to be Germany football’s next big thing.

In the eyes of some, Thomas Broich never delivered on being the next anything. He was the quintessential football journeyman, frequently moving clubs in Germany with a pattern of clashing with coaches.

In 2010, Broich, on the verge of quitting football for good, took a gamble on a fledgeling league with a team who were on the rise.

That team was Brisbane Roar and the rest, as they say, is history.

As of next season, Broich will no longer be adorned in the orange of Brisbane Roar. A partnership which has spanned three championships, two premierships, two Johnny Warren Medals and two Gary Wilkins medals has ended.

And it leaves an extremely sour taste. 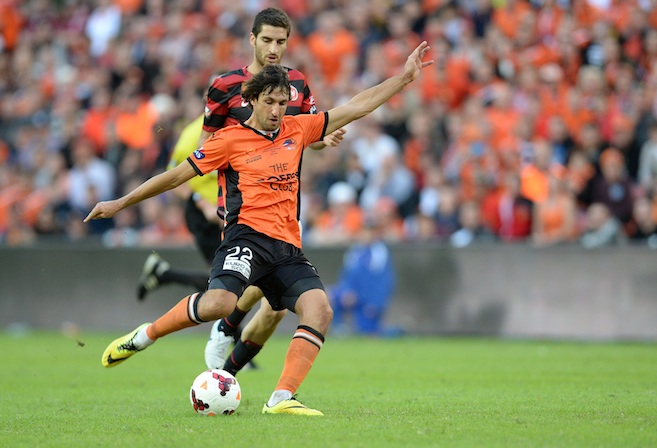 Broich has built an impressive resume in the A-League by anyone standards. He is often described as the best foreigner to grace the A-League and will undoubtedly be one of the best to play in Australia.

When Brisbane Roar were so profusely dominant, Broich was the keystone of their success, often leading the assist charts in silverware-laden years. In a way, Broich’s free-spirited style is symbolic of the Roar side at the time. All the great moments of Brisbane’s success are in some way linked back to the German playmaker

Argue if you want about the limiting salary cap or the restrictive marquee spots, those arguments in this context deal in hypotheticals and will always pose more questions than answers.

Modern sport is clouded with clichés about how the team is greater than one individual or how an individual, regardless of their standing, can always be covered and their loss will not be felt. Some players are greater than the club, their achievements entitle them to this very privileged position.

Thomas Broich is bigger than Brisbane Roar. His achievements have earned him this right – his legacy should have remained intact as a Brisbane Roar icon. Now that legacy is blemished due to poor decision making and Brisbane being unable to see what they had.

Brisbane should have kept Broich, whatever the cost. In all likelihood, the cost would have been one more contract spanning next season. Is that too large a price to pay to preserve an immortal’s legacy?

Thomas Broich never was like anyone else and someone should have realised that.