Tony Archer has got to go

Before I go on, let me make it clear that I am very much pro-referees and touch judges.

A great many Australians have an anti-authoritarian streak that can be traced back to the convict days and the Eureka Stockade. That streak can also manifest as an automatic dislike of referees.

If a great number of us rugby league fans can be fairly described as the unwashed, the referees and touch judges can be described as the unliked and the unrespected. If they have a great game, few will notice, but if they make a contentious or wrong call, they can fully expect to be lambasted by the players, coaches, fans and commentators.

They are the ultimate scapegoats and, just like Milhouse Van Houten, only their mothers think they’re cool.

However, for the game of rugby league to be well run, it is essential for us to have good, brave referees and touch judges, who strictly uphold the rules without fear or favour.

In order for that to happen, we need an elite performance manager who creates an environment among his officials that cultivates those attributes. Who puts his staff first, takes bullets for them, and gives them the support, direction, training and protection that not only helps them to do their job well, but makes them feel secure and happy in their roles.

Tony Archer does not seem to be that man at all.

Since taking over in 2013, he has presided over a period that has included:

These facts strongly suggest that the officials are not doing their jobs well. This then brings into question whether Archer inspires or has the confidence of his whistle blowers and flag wavers.

Recently he has performed an action that suggested more strongly than ever that a big part of the problem – if not the central part – is that he is a dreadful boss.

A few weeks ago, Archer publicly ascribed blame and apportioned punishment to one of the senior members of his team when there was neither need nor justification to warrant it.

As a result, I’d be very surprised if any of the officials under his charge feel secure enough in their roles to make the crucial decisions we rely on them to make, for fear of being singled out and dropped from first grade.

Or he was, anyway.

If you looked for his name in a game in Round 7, you wouldn’t have found it, as he’d been dropped by Archer.

Rickey is the guy who called the pass from Anthony Milford to Ben Hunt forward in the Round 6 Broncos-Roosters clash, which led to a try not being awarded.

“Of course he should have been dropped!” I hear you cry. “It was a howler!” 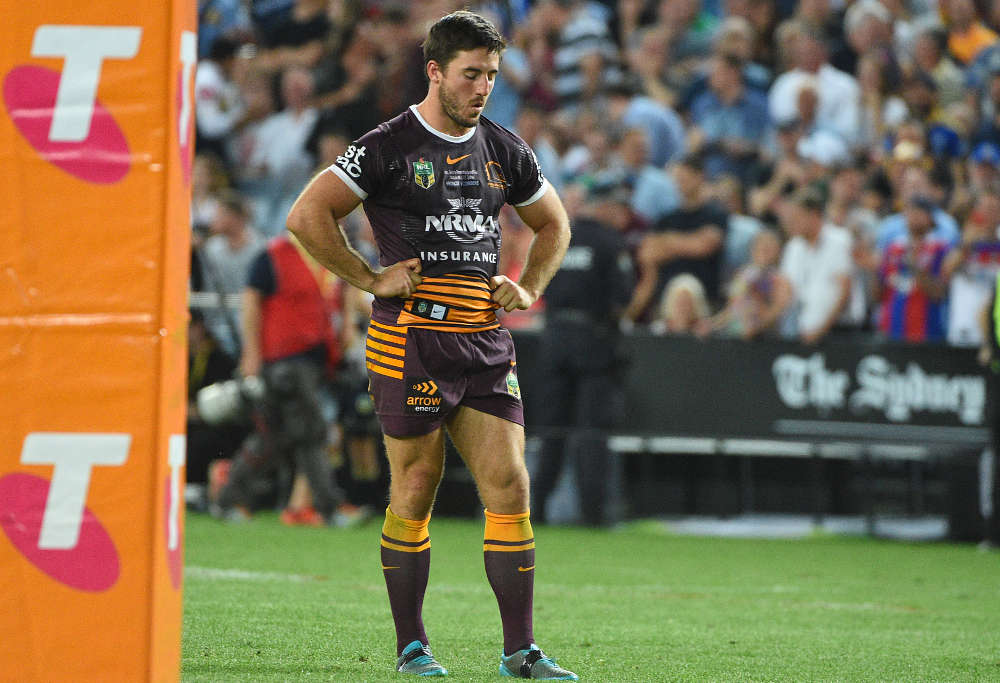 You are right, the call wasn’t good. The pass appeared fine watching live, and with the benefit of slow-motion replays, it looked like a great pass.

But don’t be too harsh on Rickey MacFarlane for making that call. Under the circumstances, I’m surprised we haven’t seen more like it.

Because Archer completely dogged one of the NRL’s very best touch judges just weeks earlier over not calling a marginal forward pass.

Jeff Younis is a great touch judge, if not the best. I know this because he got finals gigs over my mate Daniel Eastwood, who was an awesome touchie. As a result, I’ve never been that fond of Younis. He may well be a lovely guy, but I may have wished him a pulled groin or torn hammy now and then. However, I know he’s fast and makes great live calls. More often than not, he does State of Origin matches and grand finals.

In the Round 3 game at Panther Park, between Penrith and the Roosters, the home fans screamed at Younis to call the pass from Latrell Mitchel to Daniel Tupou forward. He didn’t. He was soundly booed when the subsequent try was awarded.

The try turned out to be the match-winner.

Then, just hours later, Archer carried out the poorest piece of leadership from a referee’s boss since Graham Annesley humiliated Bill Harrigan in 2002.

“You can see a pass here from Latrell Mitchel. From the vision you can see that the touch judge is in good position to rule on the pass. After reviewing all the available angles and slowing the play up, I have determined that the pass is forward. It’s my expectation that the referees should have ruled that way.”

He then dropped Younis to reserve grade for the following round.

Tony, that was piss poor.

Firstly, have a listen to your own words: “After reviewing all the available angles and slowing the play up…” So in order to make your decision and establish the ball went forward you watched multiple angles and slowed the play up? Yet you not only dropped Younis for not calling it live – from one angle and in real time – you voluntarily branded it a howler to the media and hung Younis out to dry down in the reggies.

Secondly, there was no requirement whatsoever for you to give your opinion on the issue, or even respond to it. Yet you willingly volunteered it.

Thirdly, in the Round 6 game between the Sea Eagles and Dragons Jason Nightingale physically manhandled Daly Cherry-Evans off the ball and stopped him from getting to dummy half, directly allowing Gareth Widdop to pick up the ball and score. How any official could not call that back is beyond me. It was a howler.

Archer defended the situation saying that the video referee was only able to review from the point the ball is played and that, under those parameters, everything was just hunky dory.

So just like the forward pass in Round 3 that got Younis dropped, the incident couldn’t be reviewed by video. And just like in Round 3, both Gavin Badger and his touch judge were clearly in a great position to make a call. However, unlike Younis in Round 4, all four officials and the video referee backed up for first grade last weekend.

That’s at best inconsistent, Tony. At worst it is incompetent.

That sort of ‘leadership’ is almost guaranteed to make every member of your team not trust you and be concerned for their own positions.

Referees and touch judges get paid well per first-grade game. Getting dropped isn’t just humiliating, it is very costly. And remember, unlike players who can go to other clubs or competitions – or even codes – when they fall out with their coach, referees have nowhere else to go except the English Super League.

So now put yourself in Rickey MacFarlane’s shoes.

After seeing that even a touch judge of Jeff Younis’ undoubted status can get dropped and publicly maligned for missing a marginal live call, poor old MacFarlane must have been worried about getting a call wrong.

With the score at 14-8 in the 46th minute of the Broncos-Roosters match, Milford streaked into space. He was caught by Mitch Aubusson but got a pass away to Hunt, who went over.

It’s a fair guess that MacFarlane was sweating on forward passes, determined not to miss one. With a split second to make the call, MacFarlane told lead referee Gerard Sutton that Milford’s pass went forward. 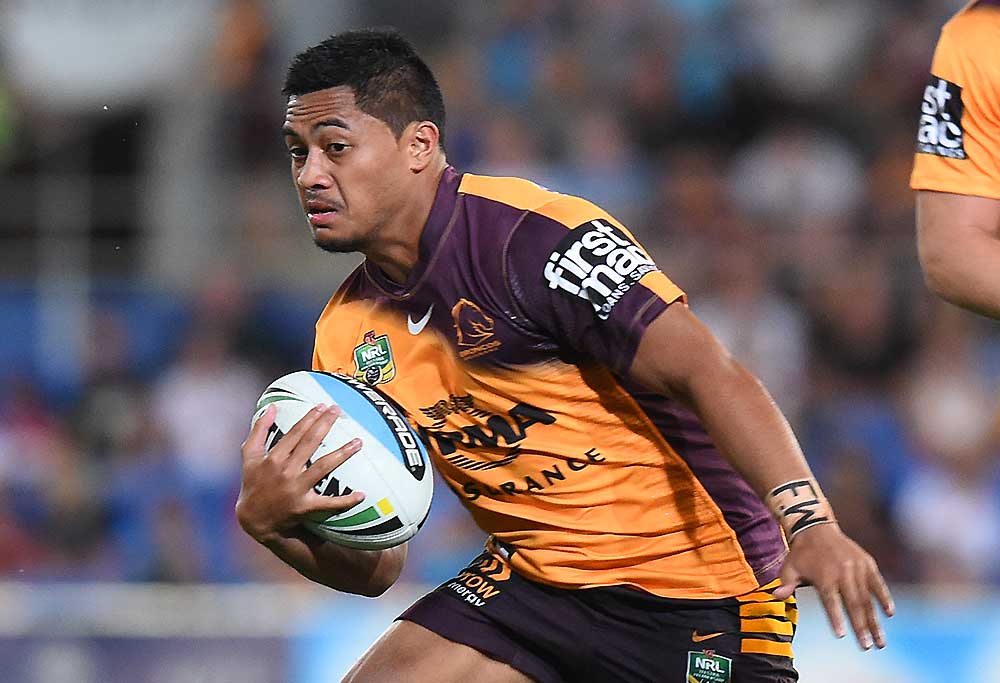 It was a howler of a call and Rickey was in reggies last weekend. His name is not listed against any of this weekend’s first-grade games either…

I suspect MacFarlane completely misunderstood the message that Archer sent when he so publicly dropped Younis. The message wasn’t “don’t miss forward passes” it was “don’t stuff up during a game because if you do I’ll be the first in line to publicly bag you out.”

The beatings will continue until morale improves…

This is consistent with his message at the 2014 season launch for officials, when the newly-appointed Archer told his charges something closely along the lines of “Some of you have some insurance banked from your years of service and from the standing you have in the game. However, when performances don’t match expectation that insurance can be withdrawn, and when it runs out it’s not there anymore.”

However, how many of them thought that withdrawal would include being blamed in the media just hours after the game, for a marginal call at worst?

That Archer could treat any of his officials that way is appalling. You would never see one of the NRL club coaches do such a thing in public. The likes of Trent Robinson, Ricky Stuart, Craig Bellamy and Wayne Bennett would never dream of it. A coach can lose his playing group by doing that and then everything can quickly fall to pieces. That can happen with referees too.

In fact, I’d argue – given the above-listed facts – it has happened.

Roosters captain Boyd Cordner, in the News Limited press, said, “I thought [the pass] was OK. If the NRL has come out and said [it was forward] so be it … that’s footy and it can be tough for the refs at times. They’re human. I couldn’t imagine refereeing.”

Spot on Boyd. Now imagine being one and having the added worry that your boss was more concerned with joining in with the media in bagging you out than standing up for you.

Archer should have zero interaction with the press. The press are remorselessly looking for stories, scandals and scapegoats. They mostly don’t have fairness high on their agenda either.

Archer should back his charges to the hilt. He should be the first to rally behind them and show support. He needs them to know that he stands between them and all criticism – just like Wayne Bennett always does for his boys, drawing the flack upon himself whenever he can.

While Archer might address matters differently behind closed doors, the referees and touch judges must have complete faith that in public they have no greater advocate, supporter and defender than their coach.

Right now, I’d be surprised if any of them feel that describes Tony Archer’s approach to leadership.

And because of that, we will continue to get officials too scared to sin bin or send off players, no matter how deserving they are, and we’ll continue to see the sort of bad decisions that mostly come when people feel panicked and unsupported.

Get your act together Tony, or get out.