The NBA playoffs continue and the vanquished are falling by the wayside. Here’s last night’s wrap.

Utah Jazz 96 LA Clippers 92
Gordon Hayward returned from his bout of food poisoning and lead the Jazz past the Clippers at the Staples Centre. Hayward attacked from the tip off and spearheaded a balanced Utah offence in which six players scored over 10 points.

It was Hayward who set the tone – scoring 11 of his 27 points in the first quarter – but it was the contribution of Rodney Hood, Rudy Gobert and Joe Johnson which allowed Utah to claim a tight victory.

Johnson is becoming a constant thorn in the Clippers side as he scored 14 points of the bench – including a clutch mid-range jumper which put the Jazz up by 5 with 19.2 seconds to play. Gobert did the dirty work inside – patrolling the paint with his customary menace – registering 2 blocks and 5 steals to go with an 11 point double double.

For the Clippers big nights from Chris Paul – 29 points and 9 assists – and JJ Redick who had 26 points were not enough. The Clippers bench was outscored 36-17 by Utah’s reserves and that proved to be the difference between the two squads.

Utah has seized control of the series and will have a chance to close it out in Salt Lake City on Friday night. 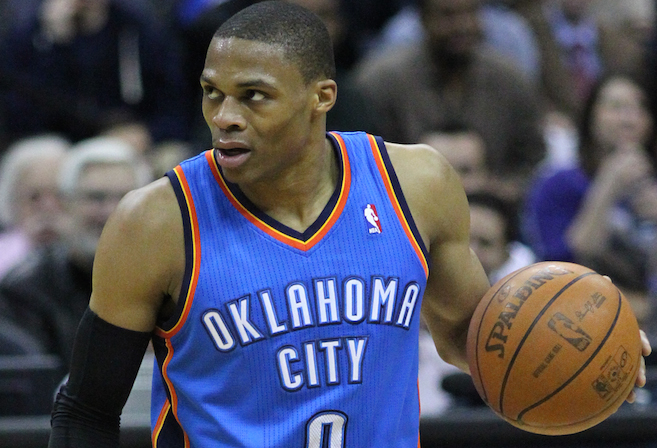 Oklahoma City Thunder 99 Houston Rockets 105
The Rockets joined the Warriors and Cavaliers in the second round as they closed out the Thunder in 5 games with a 105-99 victory.

James Harden had 34 points and 8 rebounds while Russell Westbrook had a near triple double with 47 points, 11 rebounds and 9 assists. However, both MVP candidates endured poor shooting nights going a combined 7 for 31 from beyond the arc.

Harden in particular struggled from the floor but relied on his ability to get to the free throw line to keep Houston’s offence ticking over. In addition he had outstanding performances from Lou Williams and Nene who added a combined 36 points off the bench.

Westbrook has had no such luxury through out the series. Whenever he has sat the Rockets have feasted on the Thunder’s supporting cast – last night was no different. When Westbrook went to the bench at the start of the fourth OKC had a 5 point lead – when he returned to the game they were trailing by 5.

However, Westbrook was not blameless in this defeat. Having scored 20 points in the third quarter, Russ was ice cold in the fourth – making just 2 of 11 shots – repeatedly chucking up 3 pointers early in the shot clock rather than letting any sort play develop.

This game was in many ways a perfect microcosm of Westbrook’s season. Unbelievable statistics but just unable to will his team past more balanced opposition. He will wonder if he had trusted his teammates more the outcome would have been different. In reality this Houston team is just better and Westbrook can be proud of his performances all season.

Memphis Grizzlies 103 San Antonio Spurs 116
Kawhi Leonard and Patty Mills lead the Spurs to 13-point victory over the resurgent Grizzlies to reclaim control of their first round series.

Having lost both games in Memphis it was crucial that San Antonio defended their home court and they did so despite a furious fourth quarter rally from the Grizzlies.

Leonard was outstanding again – pouring in 28 points on 9 of 16 shooting – as the Spurs built an 11 point lead entering the final period. However, this Grizzlies squad showed the toughness that allowed them to level the series as they pulled to within 5 behind Mike Conley’s 26 points. 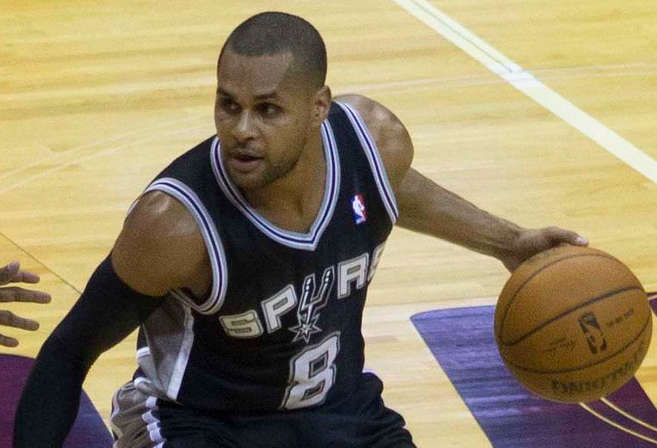 Enter Patty Mills. The Aussie sharpshooter was outstanding down the stretch as the Spurs pulled away. Mills scored 20 points – including 5 of 7 from downtown – making numerous clutch baskets in the fourth quarter to help San Antonio reestablish their lead.

Mills lead a bench unit – with help of Manu Ginobli and Pau Gasol – that scored 42 points and proved the difference between the teams.

The series switches back to Memphis on Thursday night where San Antonio will be hoping to close out the series and set up an enticing second round match up with the Rockets.