Being a Tigers fan makes no sense, and that's perfectly fine

Now is the autumn of our discontent. Spirited victory over the Bulldogs notwithstanding, Tiger Town has a gloomy feel to it at the minute.

Some supporters are tempted to jump ship, citing any number of final straws. With our emblematic leader, fleet-footed talisman, and precocious playmaker all headed for the exit, it’s tough to argue.

But I’m going to anyway.

Why do we support a club in the first place? Maybe it’s family tradition. Maybe it’s regional loyalty. Often, it’s witnessing a moment of magic or defiant comeback at just the right moment in childhood when our allegiance is up for grabs.

I adopted the Tigers via my friends at school, and later moved to Balmain. Throw in the 2005 season and my support was consolidated for life.

It doesn’t really matter what happens next. Once you settle on a team, the rest is an illogical leap of faith. Players don’t stay forever. Fortunes fluctuate. Yet we find a thread of continuity to cling onto. We wear their colours. We emotionally invest in people we’ve never met and a cause we have no tangible stake in.

Whether we’re cheering on champions or wooden spooners, none of it makes any real sense. Once a week, we let 17 strangers being slightly better or worse at their job than 17 others affect our mood.

Assuming we’re not a friend or relative of those involved, it shouldn’t make a difference. It doesn’t influence our career. It doesn’t enhance or destroy our relationships. There’s no fundamental change in us as people.

Maybe a win gives us a shot of confidence, stoked by the illusion that, sometimes, we can impose our will on the universe. “I wanted my team to win and they did. Perhaps other things I want are now attainable. The planets have aligned and I can bear to face the week.” 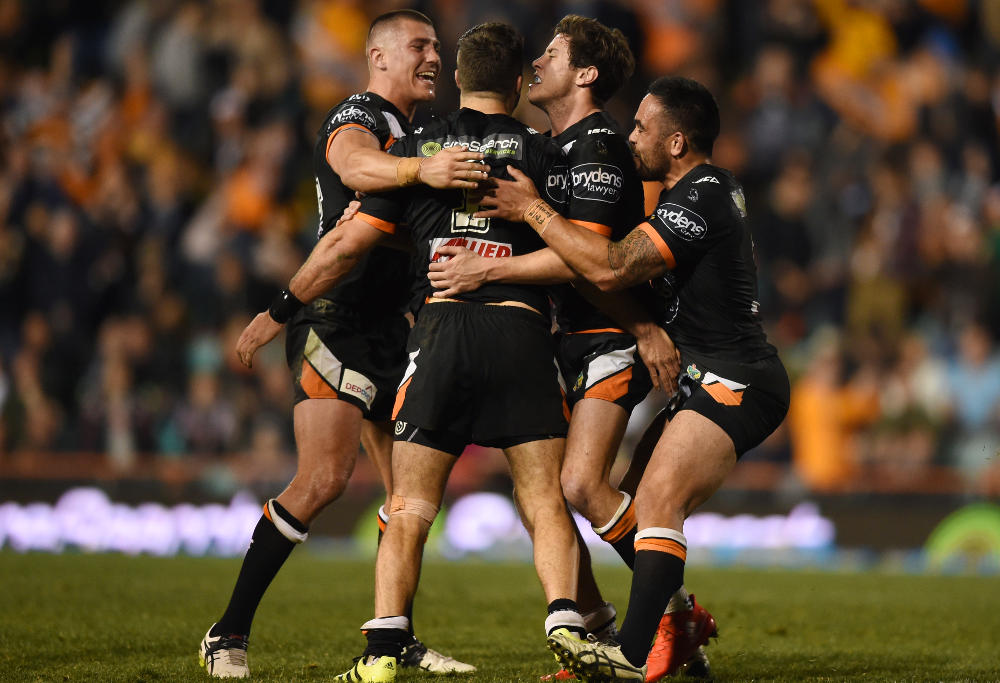 Sport is a screen on which we project morality. We elevate heroes and antagonists. We build narratives. We speak of deserving victory despite failure to appease the game’s ultimate arbiter ‒ the scoreboard.

So, back to the Tigers. If Parramatta were last year’s basket case, Wests have adopted the mantle all too readily this term. It hasn’t been fun. Fandom, however, calls for patience and unconditional love.

No one’s asking you to love an administration. And if the on-field product is too much of a stretch, at least hold onto the abstract concept of the club for now. Aaron Woods, James Tedesco, and Mitch Moses may well have been a mirage of better times ahead. So let’s focus on what we do have.

Ivan Cleary is a steadier hand than Jason Taylor. Recruitment to replace the aforementioned stars is officially in overdrive.

In the face of rampant criticism, Marina Go has proven she cares deeply for the club. Heck, David Nofoaluma damn near chewed the crest of his jersey on Sunday to celebrate his try. Such moments can be rationed out until the next feast, however long it takes.

If sport has taught us anything, it’s that hope is never lost. Supporting the Tigers might not make much sense right now, but when has it ever? All we ask is that they play like they mean it. Because it sure means something to us. 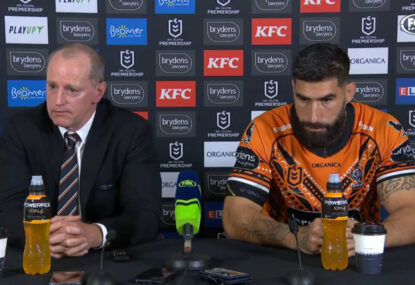 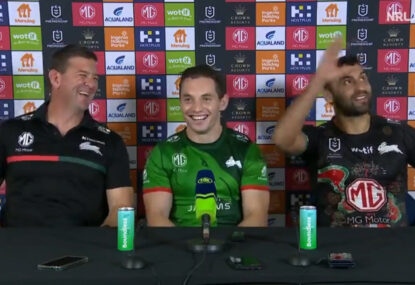 The winger passed Nathan Merritt's club record of 146 tries, with three against the Wests Tigers. 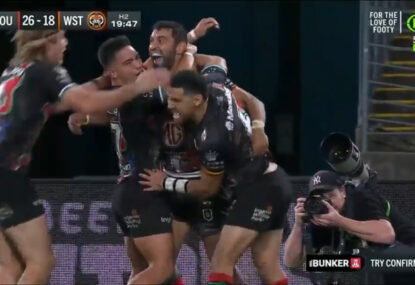 Warren Smith was adamant Ken Maumalo dropped the ball over the line - and had to sheepishly backtrack after watching the replay. 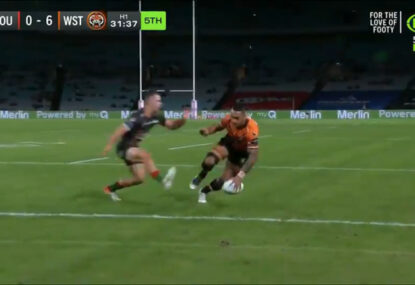 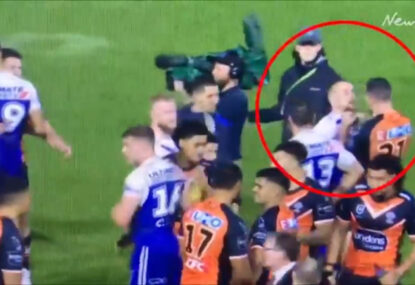