The 'player depth' argument is a complete furphy

One of the great furphies that is put around the Australian rugby scene, mainly by the ARU, is that Australia has a Player Depth Problem (PDP).

As I hope to demonstrate here, Australia’s development of players is fine, it isn’t a PDP – it is a Player Retention Problem (PRP).

To illustrate the point, I have simply gone to trusty Wikipedia and trusted the player country designations on Pro Club pages. There will definitely be more, there may be some no longer playing, however, with the wonders of Microsoft Excel I can at least state there are no double ups.

Over a few nights I managed to come up with a grand total of 104 professional Australian rugby players plying their trade in countries other than Australia.

Allowing for some veterans, that is at least two more Super Rugby Squads of Pro Australian Players. Yes, not all are stars, but they are good enough to be paid for their services somewhere.

Those who know me from when I was more regularly contributing (on TWF) will recall I love putting up a XV. Well brace yourself, here is three of them for different reasons.

The first is my selection of the best (or thereabouts) players available. I think it has the capacity to beat any of the current five Australian Super Rugby outfits.

Please remember this is to illustrate a point rather than worrying about the specific (social…) merits of individuals.

The second is to illustrate the depth of playing experience missing from within our shores, the players that can be called on as injury cover, playing assistant coaches, mentors and general Rugby community. 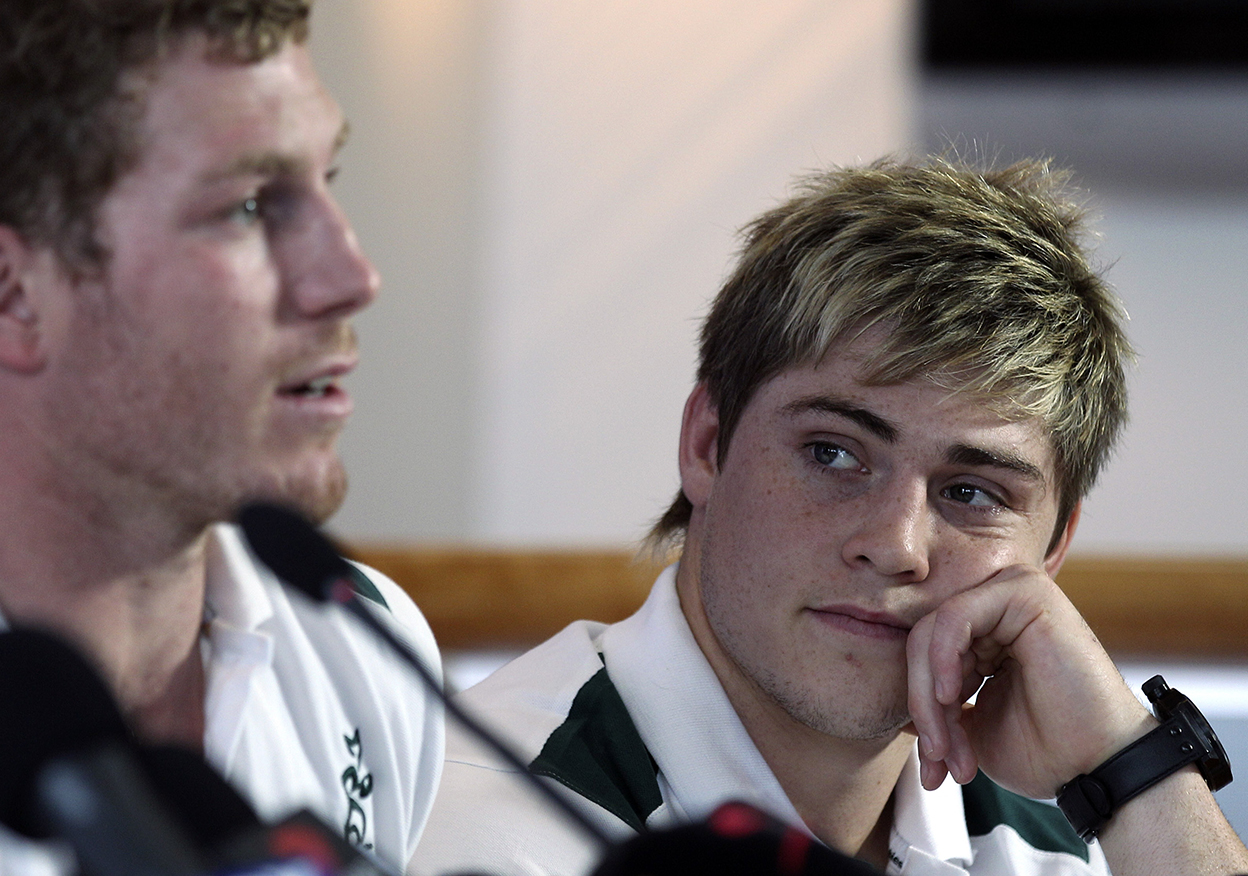 To be honest, if their bodies all held up I don’t think they would come last in the Australian Conference either. Our lack of depth in the front row does start to show here, in that there aren’t as many playing overseas.

And finally, the youth that is leaving our shores before they have even finished developing, either kicked to the curb by the ongoing pursuit of perfection by recruiters, or disillusioned and heading to bigger money or eligibility for other countries with their pathway to the Wallabies over.

These are the players that should be littered throughout our conference, coming through the ranks in the U20 comp, not bolstering the development and competition of foreign competitions.

In principle, the players from these ‘Squads’ (and the 38 so far unlisted, see below) should have a future in Australian Rugby. The rubbish being trotted out about not being able to support five teams is just that, rubbish.

The ARU needs to extract the digit and rather than whinging about a perceived PDP, actually get on to addressing the core root issues behind our ever growing PRP.

The other players?
Feel free to make your own XV Selections, they are in descending age order here:

A couple of things I noted in compiling is that a seemingly high number were associated with the Force at some stage and the really young fellas that really hadn’t been given a chance at all.

What the flow on from this scenario does is also attract the duel eligible players (PIs, NZ, Europe) to reconsider a move to Europe etc or in the case of modern South Africa keeps Australia on the radar to follow in the footsteps of names like Rathbone, Vickerman et al.

I would note, pre-Force I did a similar thing to get an idea of who we might see in the inaugural Squad and came up with about 30 names overseas, some of whom are also in this list. So clearly expansion has created more professional players from Australia, we just aren’t using them!