John O'Shea splits from Godolphin as the empire struggles

Godolphin’s head trainer, John O’Shea, will leave the Australian arm of the mega racing operation as he takes an extended break from training.

All will hope the respected O’Shea is not lost to racing, with reports that he’s worn down.

O’Shea won ten Group 1s for Godolphin while saddling over 550 race winners, most recently taking the Doncaster Mile at the top level with Its Somewhat. Hartnell won two (BMW in 2015, Turnbull ’16) along with Contributer (Chipping Norton ’15, Ranvet ’15), with other notable Group 1 winners wearing Godolophin royal blue including Exosphere and Hauraki.

The departure is unusual. O’Shea leaves three years into a reported five-year contract. Few comments have been made publicly, suggesting friction and ongoing final details.

A piece in the Daily Telegraph that appeared on Friday adds to that possibility, considering it was forward-looking in terms of O’Shea coping without a dedicated stable rider.

In any case, it’s over. O’Shea leaves without either disappointing or excelling. It’s tough to know how to grade him considering the unique operation of Godolphin. One view is that he was only getting better, with the current season thus far showing him at career bests – four Group 1 wins and more than $15.5 million in prizemoney for 163 winners. He started slowly as his system was applied to horses in work and took some time to prove out.

Still, O’Shea won as many Group 1s as Charlie Appelby and Saeed Bin Suror combined in the same time. Godolphin themselves produced a very positive report card at the halfway mark of this season.

But scratch the surface and the Sheikh Mohammed bin Rashid Al Maktoum-owned operation looks less rosy in Australia. Hartnell alone won a big portion of that prizemoney, and while O’Shea managed some close losses, he didn’t take the big four of the Melbourne Cup, Cox Plate, Golden Slipper, or Caulfield Cup. The expectations there in the past three years may have weighed O’Shea down.

The main criticism that O’Shea would face is a fall-away in race performances as a campaign went on. His horses would begin their preparations well, but couldn’t hold their form. That often hurt punters who’d back these types off the map.

The autumn was typical of this. Astern was the only Group 1 winning three-year-old for the behemoth, taking out the Run to the Rose and Golden Rose in the early part of the season, followed by two second placings at the top level, then running 13th before being promptly retired.

Crucially, O’Shea had only minor two-year-old success this season, with the Godolphin crop unplaced in Group 1s, and no wins.

Godolphin’s operation offers both quality and quantity – but there are limitations on how far you can go, especially with horses ripe to rip then being sent to a different operation (Holler), or retired (Astern, Exosphere, the list goes on…).

An enviable mass crop of horses are produced each year via Darley, as big as they get, but success (or failure) stems from their stallion lines. 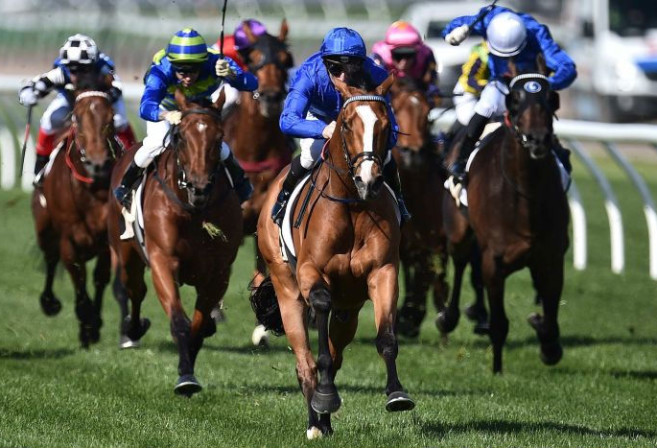 Very few outside horses or yearlings join the fleet, which brings with it natural limitations. O’Shea isn’t given good proven horses like we see with Darren Weir and Chris Waller.

The operation’s goals in stallion making and breeding also mean that while wins are grand, the right type of winner is more important.

Not one Darley stallion is currently in the top ten of the general sires list of winners this season. Darley’s American stallion Hard Spun sits at 14 on that list. The entire Godolphin outfit worldwide has had a few quieter years.

We also don’t know exactly how much control the trainer gets and what he or she is told to do. Godolphin’s Australian Managing Director, Henry Plumptre, remains at the helm as his trainer falls.

Who will take the tricky job next?

Names like James Cummings, John Thompson or even Tony McEvoy come to mind. Perhaps John Size can be lured back from Hong Kong. Some have suggested James Ferguson, who appears in Australia as the travelling foreman for Charlie Appleby and is also the son of Godolphin’s CEO John Ferguson, could grow into the role.

Godolphin will surely be considering if it is time that the operation is split across multiple trainers, just as it is in the UK. It’s a huge job for any one person. Godolphin have more than 400 horses with 250 in work at any one time.

A state-based approach is worth considering; splitting the job between the juvenile two-year-olds aiming to win a Slipper and the older horses is another approach.

Whatever the case may be, it’s one of the highest profile racing jobs in Australia and with the prestige comes the demands.

O’Shea, a family man with four children, will suddenly see his kids without worrying about another day of racing that stops for just one day in a year.