Force and Rebels are paying the price for hapless ARU

There has been a stench coming out of ARU headquarters for a while, and like a jerk that farts in a freefalling elevator, they are going to blame it on either the Rebels or Force.

It was only April 14 last year when ARU journalist Beth Newman celebrated the ARU’s new strategic plan and released an article on the official website titled “ARU committed to Super Rugby expansion”.

I am not sure if this was a lie, or whether in true ARU fashion they wanted it released on April Fools’ Day but couldn’t decide in time.

Exactly one year, one month and five days on (and just over 25 per cent of the way through the strategic plan timeframe), the ARU seems to have decided that that was a silly idea. From now on, SANZAAR happiness is the only reason for their existence.

The ARU set four key delivery areas in their 2016-2020 strategic plan:
• Make rugby a game for all
• Ignite Australia’s passion for the game
• Build sustainable elite success
• Create excellence in how the game is run

Credit where it is due, an Olympic gold medal in the Women’s Sevens was great. It will be interesting to see how the University Sevens competition fares. That has gone some way to make rugby a game for all.

As for the other three goals, well, they are failing dismally. In fact, if the decision to cut a team is followed through with (Michael Cheika has done the smart thing and said it might not happen, because we need more uncertainty), the strategic plan is a failure already. We will officially have no direction.

Igniting passion
The best outcome they can hope for is that either Perth or Melbourne still care by the time this whole drama is resolved (if ever). At least you can now see Super Rugby on free-to-air, at the prime time of 8am Sunday morning, right after home shopping. Which is difficult if you need to go to a pub to watch the games live and exclusive on Fox Sports.

Sustainable elite success
They are cutting teams that have recently provided the Wallabies with the likes of Adam Coleman, Reece Hodge, Sean McMahon, Lopeti Timani, and Dane Haylett-Petty.

The NRC was launched in 2014 to bridge the gap between club and Super Rugby. With eight NRC teams feeding into five Super Rugby teams, the sums seem about right for elite development.

If money is the issue, will this be cut as well? What will happen to the pathway from the Perth Spirit and Melbourne Rising? Does anyone notice that Perth won it last year and Melbourne have made all three finals series? 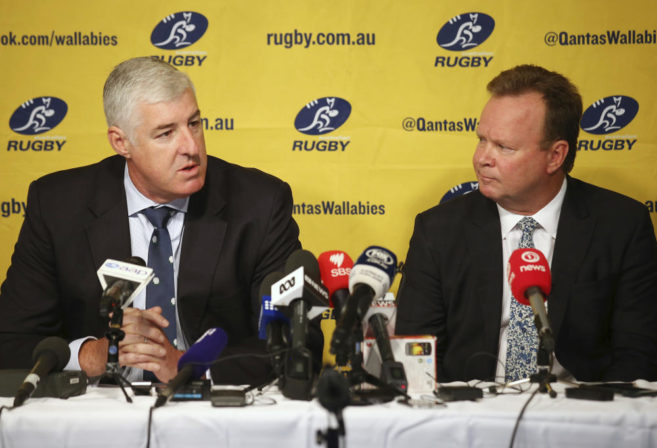 Create excellence in how the game is run
Erm… The Roar‘s own David Lord and Spiro Zavos have well and truly summed up, on multiple occasions, how well this is going. Even if these two esteemed experts are ever wrong, the ARU is completely incapable of managing bad press (or good press for that matter).

Further, the Victorian Rugby Union and Rugby Union Players Association have called for an emergency general meeting. The ARU responded with ‘Oh, that’s easy, let’s have a meeting next week! Not an EGM though’. What was stopping this happening earlier?

So we will have a game run by an organisation unable to achieves the goals it set only 13 months ago. Who is accountable?

A city of current and future rugby nuts is going to suffer. I live in Ballarat, Victoria, and have always followed the Rebels. I have watched my own club, the mighty Rattas, go from not having enough players to field teams for finals, to this year running our first junior program, and it’s a similar story across the state.

A large part of this has been possible due to the Rebels’ engagement (Sean McMahon introduced himself to me in Ballarat, and I swear I was so shocked I fainted a little bit, great lad!). I am sure the story in Perth is similar. Yet we are about to surrender an area with possibilities and evidence of proper growth.

If we can achieve the ARU’s strategic goals, at local and state level, why can’t the ARU?