Time for the Warriors to put on their big-boy pants

I tried selling my Warriors jersey on-line, without luck. So I re-listed it with the ‘caution, flammable material’ label on the outside. It sold within minutes.

Okay, so that’s not true. I haven’t quite got there yet, but that day must be soon approaching.

That said, I am so tired of the same old rubbish being spouted about the team: the players can’t catch, can’t pass, can’t tackle and are dumb or lazy.

Rugby league is a demanding sport played by enormous lumps of men who have no right to be so skilful or to play at such speed.

The NRL is the greatest league competition in the world and only the best make the grade. Players make significant sacrifices before, during and after their careers are finished.

The collisions are huge. Yet they keep getting up, after every hit-up and every tackle. This is what we love about it, the gladiatorial contest. The battles within the battle.

And they play on battered and bruised, set after set. Game after game. Season after season – if their bodies hold together.

They diet and train relentlessly to ensure they remain in peak physical condition (maybe with the exceptions of Mark ‘Piggy’ Riddell or big George Rose).

To suggest the players suddenly forget how to perform the basics is ridiculous, despite Roger Tuivasa-Sheck appearing to have a potential post-league career in directing traffic.

It can’t be the players. Sure, they have to take some responsibility, but too many have held illustrious careers either before or after their time at the Warriors.

Remember Ngani Laumape? Playing in the Hurricanes midfield, he might be an All Black this year and has scored almost as many tries as some of the Australian franchises. He’s been sensational.

Chad Townsend, the much-maligned Warriors half with all the pace of a turning frigate, now has a championship with the Sharks. Townsend directs them superbly alongside James Maloney – another ex-Warrior.

Even Konrad Hurrell posted a picture of himself eating steamed chicken and vegetables, looking remarkably slimmer than his Warriors days. Who didn’t see that coming? 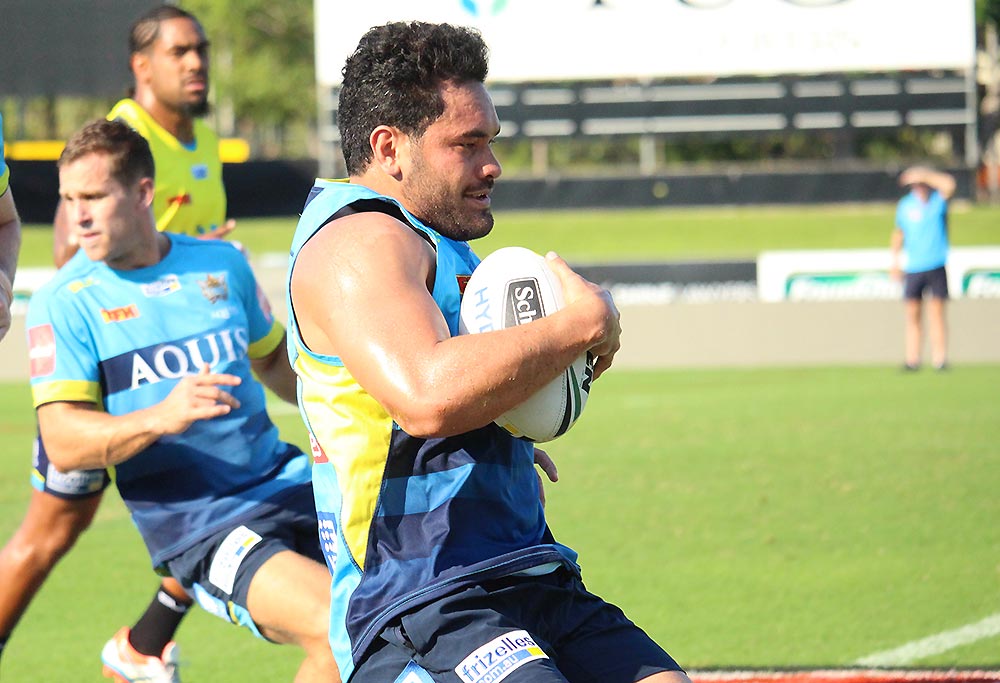 There are so many examples.

So what is going wrong? The players themselves don’t seem to be able to pinpoint it. And Stephen Kearney sounds like he’s in a permanent state of shock, every loss adding another “um”, “uh” and “not sure” to his post-match comments.

Despite the worthless pre-season assurances provided by owner Eric Watson and Jim Doyle, the Warriors always have been, and continue to be, an amateurish organisation operating in a professional environment.

In many ways it is an extension of the same problems that handicap the NZRL, except the NZRL doesn’t have Watson’s chequebook.

If the Warriors really want to play in the big league, they need to put on their big-boy pants and make some big-boy decisions. Because currently, it just isn’t working.

It’s time to clean house, starting at the top – maybe with the guy who decided to cut Ivan Cleary. That was enough for John Hart to walk too. Hindsight is a wonderful thing, but we’ve basically been mud since Cleary left.

In some ways, I feel for Kearney, but he must have known the risk of inheriting rugby league’s poisoned chalice.

And it’s not completely foreign territory for him, having coached Paramatta to one of their worst ever seasons – although the Eels aren’t without their own problems, and it could be a bit tough on Kearney considering it is still just his first year in charge.

But I’d feel a lot more sympathetic to Kearney if the team showed even a glimpse of pride, improvement or determination.

Right now they look like old rockers who continued touring well past their use by date, going through the motions for diminishing crowds, with only the most loyal of fans remaining to watch the slowest car crash in history. It’s been 22 years and I still don’t know if we’ve hit the wall.

I’ve never heard Warriors fans so despondent. Sure we’ve been here before, but never boasting a line up with such quality in key positions. And that’s what hurts the most.

If the club doesn’t sort it soon, they might find themselves dreaming of the days when the fans cared enough to complain, cared enough to burn their jerseys, or question the players’ pride.

The days the fans cared enough to watch them play.