From London Bridge to Edgbaston, there's no separating sport and politics

The night before India plays Pakistan, people are dying in London on a Saturday night out. Up the railway line in Birmingham it’s getting late, past 11pm, and the news creeps in by the soporific glow of phone screens.

Across the city and its surrounds, little cells spread out, people alone who a minute ago were preparing for sleep. Bedrooms becoming tiny islands of light. Those already unconscious avoid the news till morning; those snagged by its hook sit up in bed, thumbing electric pages, piecing together another episode in a serial that has become so dispiritingly familiar.

The following morning will dawn fine and bright. The back garden will glow in the way only English summer green can do. It will feel immensely strange to be walking out of an Edgbaston terrace cottage, around a corner to a cheerful street to a cricket ground. The playing of a game will seem so trivial.

Yet the playing of this game will be anything but, loaded to the point of collapse with political baggage and context and symbolism. India and Pakistan, fractious neighbours, still warring politically over territory and terrorists and influence and history.

Outside the ground will stand protestors with signs about Kashmir, skirted by streaming crowds: girls in long tunics of Pakistan green, young men in Indian tricolour flags. The range of accents – Midlands, Londoner, abrasively Northern Irish – give a crash course in contemporary British society.

Inside the ground, the relationship between the two countries will be played out in allegory; India richer in cash and options and numbers. In the stands, Indian colours will drown out those of Pakistan by four to one. On the field, India will win conclusively.

Mohammad Amir will do what he so often does: raise the hopes of his followers with a couple of brilliant overs, his pace zipping past the edge without managing to take it. Sometimes his game is too pure for the limited-overs form, though many will long associate him with impurity.

Yuvraj Singh will mark a triumphant return from the wilderness, slapping balls to the on-side and driving near-yorkers with tremendous power. Virat Kohli will credit Yuvraj with giving him the breathing space to resuscitate his own innings, which on Yuvraj’s departure he will turn into a masterclass.

Runs will rain at the end, 72 from the last four overs, Kohli with 37 off his last 12 balls. Hardik Pandya will launch three sixes in a row, India with the luxury of sending him out while leaving MS Dhoni in the shed.

All this speaks to Pakistani cricket’s current paucity, especially in hitters to match other nations and fieldsmen who can repay the work of bowlers. Kohli, Yuvraj, both put down. 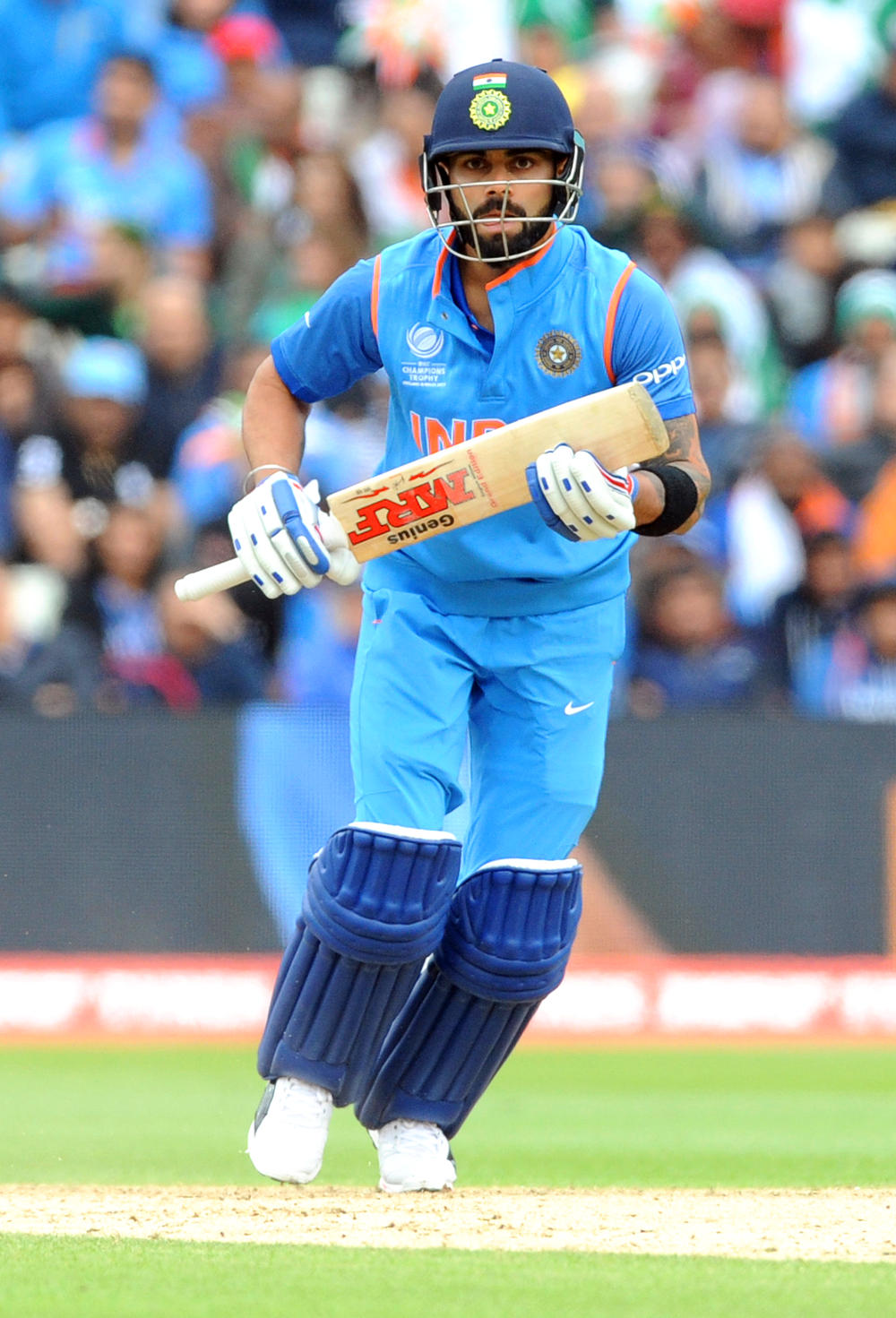 And for a while, the game will distract from those stories of real sadness, of real loss, that flooded phones the night before, at least for those of us sufficiently distant from their consequences that distraction is still an option.

At the same time, there is a reminder: while this game draws the focus of so many British Muslims, they are once again having attention focused on them. There are imams at the London Bridge police cordon trying to answer the public’s questions. There are voices with megaphones assuming they have the answers. The attempts to reconcile and to drive division, the accusations about the motives and likelihood of both.

Sometimes people tell me that writing this way is wrong. An indignant demand to expel the subject matter. That sport has no place in politics.

Sport is politics. There’s no other way about it. Each exists within the other, whether the political wrangling within any organised sport, or the position of sport as a tool for those outside it. Sport happens in the same world as everything else. You cannot apply a tourniquet at the stadium gates.

In the same way, London is cricket; for me and so many others. Which is why these thoughts mix together while the news reports come in; the sad stories of tonight and the game to come tomorrow.

We read of collisions and injury in London Bridge, of an ‘incident’ in Vauxhall. The second will turn out to be minor, unrelated to the first, which will be the starkest opposite.

But in the moment, it all ties together. Vauxhall is the tube station next to The Oval, where punters will have watched South Africa and Sri Lanka a couple of hours before. From there you take the Northern Line to London Bridge, changing for the Jubilee to St John’s Wood and the short walk to Lord’s.

The first time I came to England, covering the Ashes for The Roar in 2013, London Bridge was the first place we went. Jetlagged and delirious, Cameron Fink and I arrived directly from Heathrow to stand on its ramparts and use the city’s backdrop for our first video.

For years, Indian politicians have said they won’t allow matches against Pakistan because of terrorist activity. Then comes this match in England, preceded by bombs aimed at Manchester teenagers, vehicles at weekend revellers.

As Paris resident Robert McLiam Wilson wrote on the Guardian after the Bataclan, these kind of attacks always target happiness. It is no accident that Europe’s recent litany covers concerts, football matches, Saturday nights out, Christmas markets.

It is no accident that these people target the young. Attacks on youth, on beauty, on promise and potential. On futures, on hopefulness. Things to designed to drive in the cruellest emotional spur.

And so we give them what we want. We talk about it, write about it, run breathless commentary while donating them the oxygen. We provide a step-by-step manual on how things will unfold for whoever goes next; even their own demise won’t deny them the satisfaction of viewing its result.

This is not a judgement. I’m doing the same thing here. Because we can’t help but respond. We’re impelled to. Like any tactical struggle where you know you’re doing what your opponent wants, but have no choice. This is the advantage such people hold, and why they keep pressing it home.

There is no wise summation to take away. There is only a night when people are following a certain sadness, then a day when it will sometimes slip from mind. Things remain broken, as they have always in some way been broken, and the rest must continue, in the face of the worst of it.

All round the world, at every moment, there is a place where something is happening and a million places where it isn’t. During a few late hours, down in London, people’s lives are being unravelled. Down the hall, my friend soothes her baby daughter back to sleep. The sound seems very small in the size of the night outside: it’s alright. It’s alright. It’s alright.