Des' Canterbury no longer the Dogs of war

Sunday afternoon’s game between the Penrith Panthers and the Canterbury Bulldogs was one of the strangest matches I have watched in 2017.

After being heralded as Premiership favourites at the start of the year, the Panthers went into this game having made wholesale changes to their squad. With Peter Wallace out due to injury, Mitch Rein finally made his Panthers debut at hooker.

Injuries to Bryce Cartwright and Te Maire Martin falling out of favour meant that some additional changes were made too – Matt Moylan moved into the five-eighth position and Dylan Edwards replaced Moylan at fullback.

The final score line of 38-0 in favour of the Panthers suggests a team which dominated their opposition.

And it’s true – there were certainly positive signs for the Panthers, especially after some of the low quality football they have served up in the opening weeks of the competition (particularly in first halves).

Josh Mansour returned after a knee reconstruction which kept him on the sidelines for seven months. He made 195 metres in this game and scored a try, sending a powerful message to Blues selectors ahead of State of Origin Game II on 21 June.

Rein scored a double and Moylan eased into his new role at five-eighth and was a significant contributor as the Panthers piled on the points through Waqa Blake, Corey Harawira-Naera and Nathan Cleary. 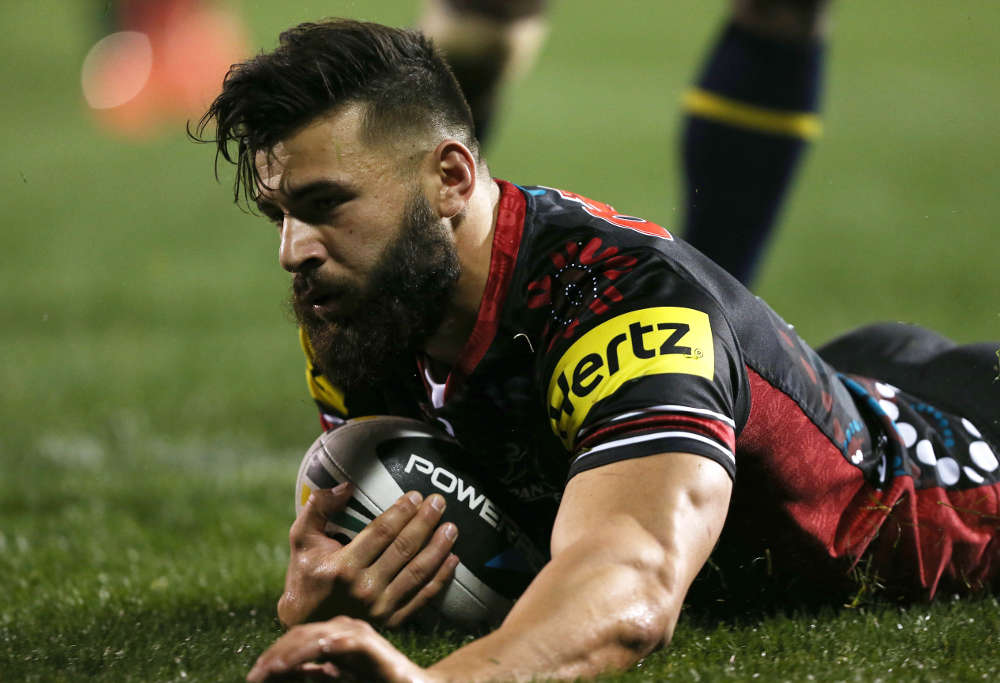 But I continue to be astonished at how quickly commentators were and continue to get carried away with the performance of the Panthers.

Granted, the Panthers have now recorded three wins in a row, but this is a team that is yet to beat a top eight side and whose wins have come at the expense of teams languishing in the bottom half of the table – the Newcastle Knights, Wests Tigers, New Zealand Warriors and Canterbury Bulldogs.

If you are a Panthers fan you have every reason to be optimistic, but the Panthers have a lot more work to do before they convince me that they have earnt their status as title contenders in 2017.

The next six weeks will be the real test. Except for perhaps Mansour, the Panthers are unlikely to be impacted by State of Origin so now is the time for them to make their push.

Heaping too much praise on the Panthers also forgets their opposition on Sunday afternoon.

If you are a Bulldogs fan, you have every right to be disgusted, particularly after the first half which saw the Bulldogs complete just over half their sets and miss 21 tackles.

So what’s gone wrong at Belmore? Where do we start?

After the Bulldogs lost three out of their first four games, the rugby league world had its fingers firmly pointed at Des Hasler. There were calls to sack Des immediately, or at the very least, not renew his contract past the 2017 season. 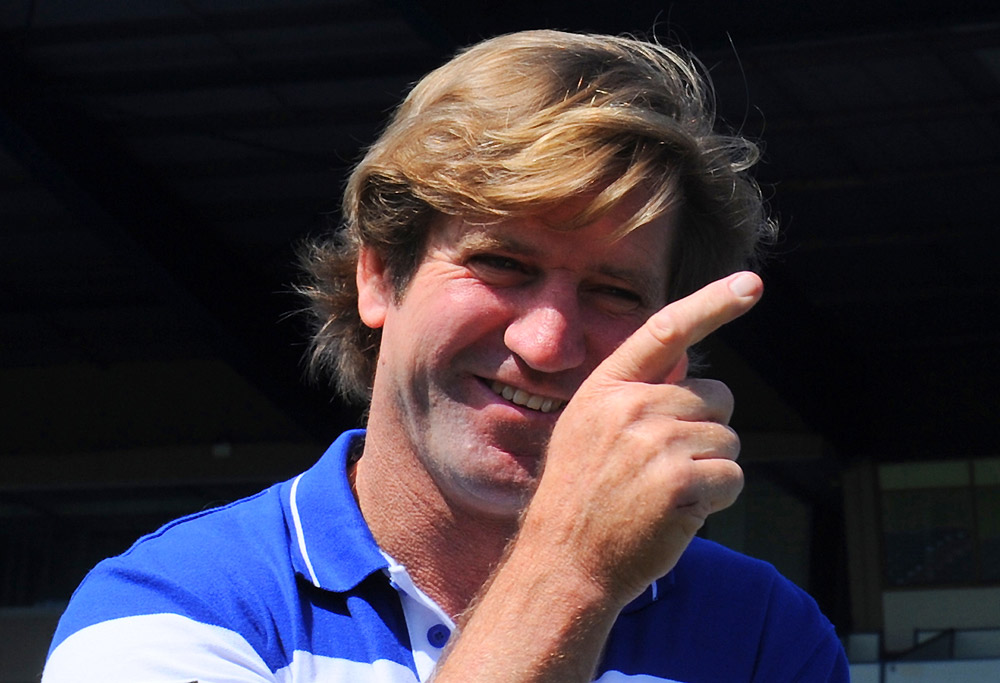 Then, following a win over the Brisbane Broncos, the club announced that Des had signed a contract extension which will see him remain at the club until the end of 2019.

When I look back on this, I wonder whether Des had a trick up his sleeve – like perhaps a guarantee about the signature of Kieran Foran which came not long after.

In the weeks that followed, everything seemed to settle. The Bulldogs defeated the Newcastle Knights and the South Sydney Rabbitohs and found themselves sitting in the top eight.

Since then, Bulldogs fans have watched a series of unfortunate events unfold in front of them.

First, Canterbury’s favourite son Josh Reynolds was subjected to long and protracted contract negotiations played out embarrassingly in the media.

What Reynolds lacks in raw talent, he has always made up with courage, competitiveness, determination and persistence. He can certainly be accused of caring too much about his performance on the field, but given a choice between a player who cares too much or too little, I know who I’d choose every time.

When he announced he had signed with the Wests Tigers, I found it difficult to listen to him speak about how disappointed and saddened he was to be leaving the club that means so much to him.

I know plenty of Bulldogs fans are disappointed to be losing him and after watching the Bulldogs halves on the weekend, I would be praying for a backflip.

To add insult to injury, Reynolds also suffered an injury in Round 9, which has coincided with things on the field also going downhill.

The Bulldogs now find themselves languishing in 14th position on the ladder. They have lost four games in a row (albeit to some strong competition including the North Queensland Cowboys, the Sydney Roosters and the Cronulla Sharks), but their loss on Sunday was the club’s biggest loss to the Panthers in 92 clashes.

Their attack is painful to watch. After having such high hopes for Matt Frawley, he has struggled at the top level since moving to the starting position and I cringed several times as he passed the ball to a player where they were, rather than where they were going. 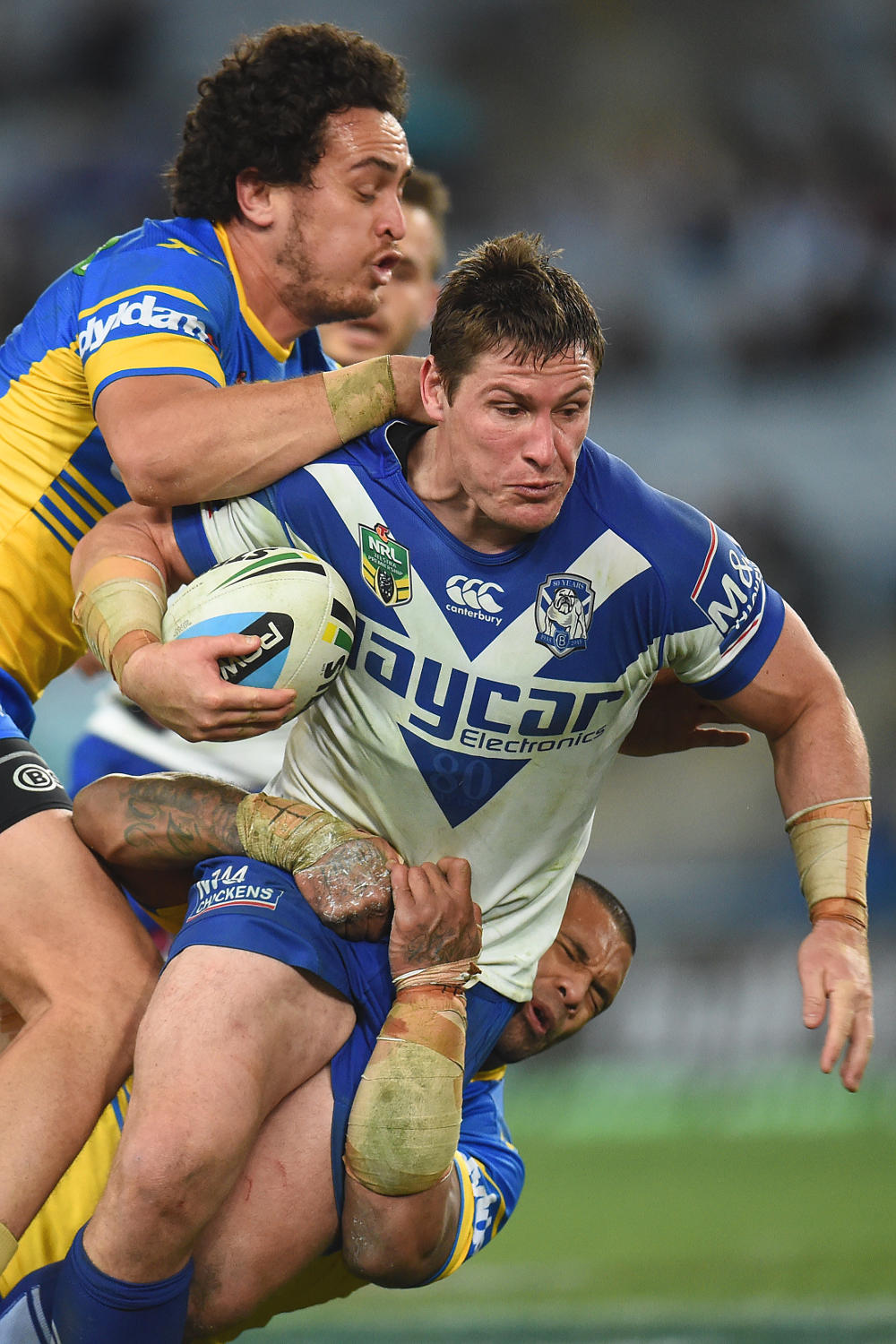 Will Hopoate has been re-signed for an additional three years, despite, in my view being a safe player who offers very little in attacking spark and I still have no idea what position Moses Mbye and Michael Lichaa are best suited to.

I don’t think Kieran Foran and Aaron Woods are enough to fix this.

Leaving on-field performance to one side, what is happening off the field is equally as concerning.

The Bulldogs are a club that I have always considered to be fairly stable when it comes to governance.

However, a week and a half ago news broke that CEO Raelene Castle was resigning effective at the end of the year.

Read into this what you will, but my involvement in rugby league has taught me that if you do not have the support of the board, as a CEO you simply cannot survive and in a power struggle between Canterbury Bulldogs chairman Ray Dib and Raelene Castle, I know who I put my money on.

Rumours emerged over the weekend that David Klemmer was seeking a release immediately from the club. While this has been denied, where there’s smoke there’s fire.

Things are not right in Belmore at the moment.

The Canterbury Bulldogs need some drastic change both on and off the field – but with Des Hasler re-signed for another two years, it looks like Bulldogs fans are in for a couple more years of the same game plan.

Dogs of war? Not anymore.