This is my first article I’ve written about anything really so before you read, comment and ask what would I know, I thought I’d give a little background.

I am a New South Welshmen having been bought up on country rugby for the mighty Muswellbrook Heelers as a kid, went off to boarding school in Sydney, I played my first season of senior rugby for Wagga Ag College and now ply my trade in Townsville for the Fish (Brothers). So here it goes, time to open a can of worms!

I am not personally the most talented rugby player so I try to learn as much as possible, work on my roles within teams, which traditionally has been lineout jumping, higher work rate second rower. With this thinking comes questioning when coaches bring in a new structure to play by.

A few years back our A-grade coach changed our club’s method of play from an around the corner style to one in which we had designated pods and we all knew very well where we had to be, who should be with us and what we were trying to achieve by where we are standing in the attacking line.

Reflecting back to that preseason I remember thinking ‘This feels like rugby league’, so I wasn’t a fan initially, but come game one of the season I was very much on board. I remember looking up thinking about the space in front, talking to fly halves, fullbacks and inside centres telling them things like “cuts on”, “play out the back” and my favourite “spread, spread its on”.

With this in mind I find it very confusing the brush that guys like Mike Hooper and Scott Higginbotham get painted with that they are ‘seagulls’. Having read The Roar on and off for a number of years, I gather it’s got to do with the NSW versus Queensland mindset that seems to run rife through almost all sports. This is also coupled with supporters of teams like the Force also wanting their guys selected.

The other factor which I will not understand is the Aussie mentality of bagging our players, many of whom are revered around the world for their skill sets and quality. Maybe this is the rooting for the underdog in us.

Let’s look at Hooper as case study. I have read “he doesn’t do work in tight”, “He is a centre playing flanker” and the real catalyst for this article “he doesn’t turn over ball in tight, its always against outside backs”. 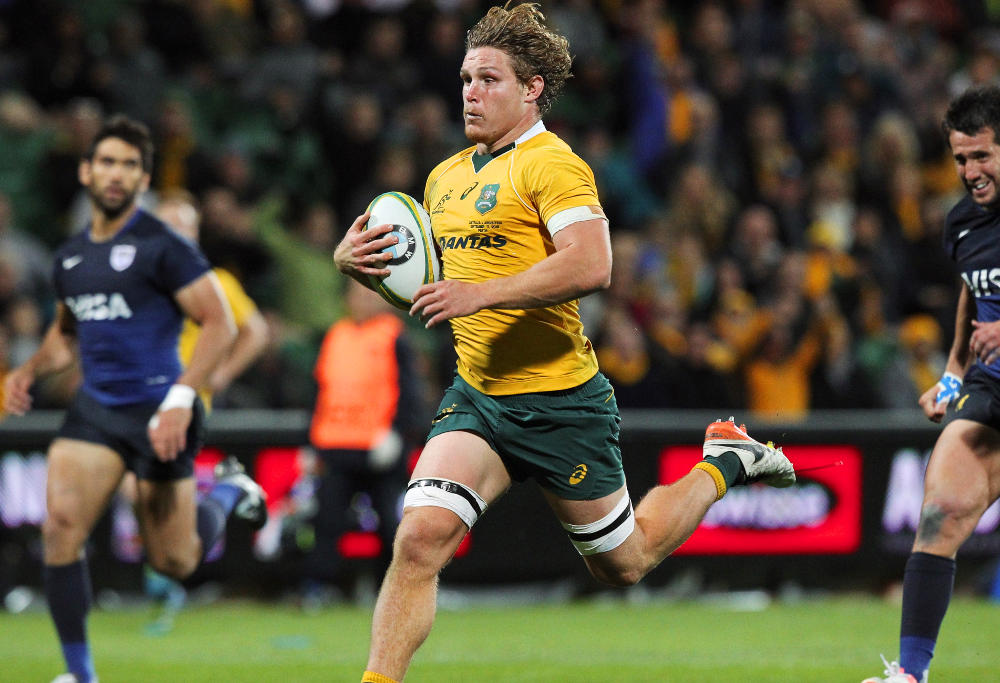 Firstly, how many line breaks or metres in contact does Hooper have within five metres of a line out? I would call that ‘in tight’ in the modern game. Halfbacks and fly halves have amazing passes and most southern hemisphere teams (even A-grade sides in Townsville) try to have forward runners running wide to stretch defences or get big guys running at smaller defenders, just like the Tahs did in 2014 with props and second rowers pounding that area between the posts.

Hooper being called a centre is purely because of where he is standing at times but have a look at most professional teams. Most of them will have their back row players either running hard lines or supporting outside backs out wide, because those rucks need winning too.

Just last night Gareth Evans made huge inroads against the Lions playing even wider than we are use to seeing Hooper. Having the bigger body carrying usually allows for post contact metres and if they are used to clean out, they allow for fast clean ball. Makes sense to me, it’s worked for teams I’ve played for and it’s not just Michael Cheika that employing this tactic.

Lastly, claiming that a pilfer coming out wider than traditionally holds less value than one from a pick and drive is just wrong. If we manage to get a turnover out wide you will usually have wingers, centres and possibly another forward there in support.

If we can use the space that the opposition was trying to exploit against them we should see our wingers in space and easy metres made. The way that the modern game has progressed in tight we are seeing hookers, props and even halfbacks creating turnovers as we try to improve the overall skill set of all players.

I know that many people who read these articles have played, watched and are true fanatics of the sport but just because the game was traditionally played a certain way does not mean that coaches aren’t trying to find new ways of scoring points, up skilling players and modernising the game with the elite athletes that we are producing world wide.