NRL Round 15 predictions: Eels to slip past Dragons

A shortened Round 15 sees only four matches on the schedule, with Sunday afternoon’s Eels versus Dragons clash being the highlight.

The Rabbitohs and Titans clash on Friday night to open Round 15 of the 2017 NRL season with both sides currently sitting in the bottom four. It has been an incredibly disappointing season for the Titans who last year made the finals and are looking a shadow of their former selves after 14 rounds.

The Titans lose a number of players to injury and Origin duty this week with Jarrod Wallace, Jarryd Hayne and Nathan Peats playing for their state. Kane Elgey, Karl Lawton and Tyrone Roberts are all injured.

The Titans have had to make numerous positional changes, with Chris McQueen moving into five-eighth and Kevin Proctor returning from suspension in the back row.

The Bunnies have no Origin representatives and are unchanged from the side that lost last Friday night to the Broncos 24-18. It was an improved performance from Souths and they will be hoping to carry last weekends competitive spirit into this contest on Friday night.

The gulf in class between these two sides on paper is enormous. The sheer number of Titans omissions is startling and their depth is largely unproven this season. They have had to contend with numerous injuries early in the season, but six changes in a week is huge.

Souths should have too much firepower for the Titans who have shown an inability to defend as was evidenced in last week’s dominating performance by the Warriors. I will be looking for Souths to put the foot down and win this one quite comfortably. Prediction: South Sydney by 14.

It is such a shame that these two top-four hopefuls clash during Origin period as Melbourne fans are stripped of the opportunity to see the great Johnathan Thurston and co. at full strength in Melbourne.

The Storm are coming off a gritty win over the Sharks last Thursday night, but will be without five players all representing Queensland on Wednesday night; Billy Slater, Cooper Cronk, Cameron Smith, Will Chambers and Tim Glasby. Added to their omissions are the injured Cheyse Blair and Jordan McLean.

The Cowboys themselves will have four Queensland representatives with Coen Hess, Gavin Cooper, Michael Morgan and Johnathan Thurston all pulling on a maroon jersey.

The Storm possess a stronger halves pairing than the Cowboys and a more than formidable forward pack to match the likes of Jason Taumalolo. The Storm’s bench is a little thin for my liking and if the Cowboys can hang with the Storm in the opening exchanges, they could expose them during the latter parts of the first half.

This is a really tough game to call with so many omissions. I’m going to side with the underdog Cowboys, just. Prediction: Cowboys by 2.

The Sharks fell narrowly to the Melbourne Storm last Thursday and will be looking to avoid back-to-back losses when they host the Wests Tigers on Saturday night.

The Sharks will be without Andrew Fifita, Jack Bird, Wade Graham, James Maloney and Valentine Holmes. The Tigers lose captain Aaron Woods and fullback James Tedesco. The Sharks have called upon Fa’amanu Brown at five-eighth with Daniel Mortimer named on the bench in his first Sharks appearance of the year.

The Tigers have shifted Kevin Naiqama to fullback with Tim Grant starting in place of Aaron Woods.

The Sharks forwards will look to dominate the game, much as they did against the Bulldogs three weeks ago. The Tigers simply don’t have the muscle to match the Sharks up front. The return of Luke Brooks at halfback is important for the Tigers, but I don’t see them hanging with the Sharks over the full eighty minutes.

This will be a much closer game than many might think, with the Sharks bulk changes bringing them back to the pack slightly. The Sharks have been unconvincing in a lot of their wins this season and if the Tigers can panic them into making enough errors they will have a chance. I don’t see the Tigers defensive intensity being at a high enough level to challenge the Sharks often enough on Saturday night though. Prediction: Sharks by 8. 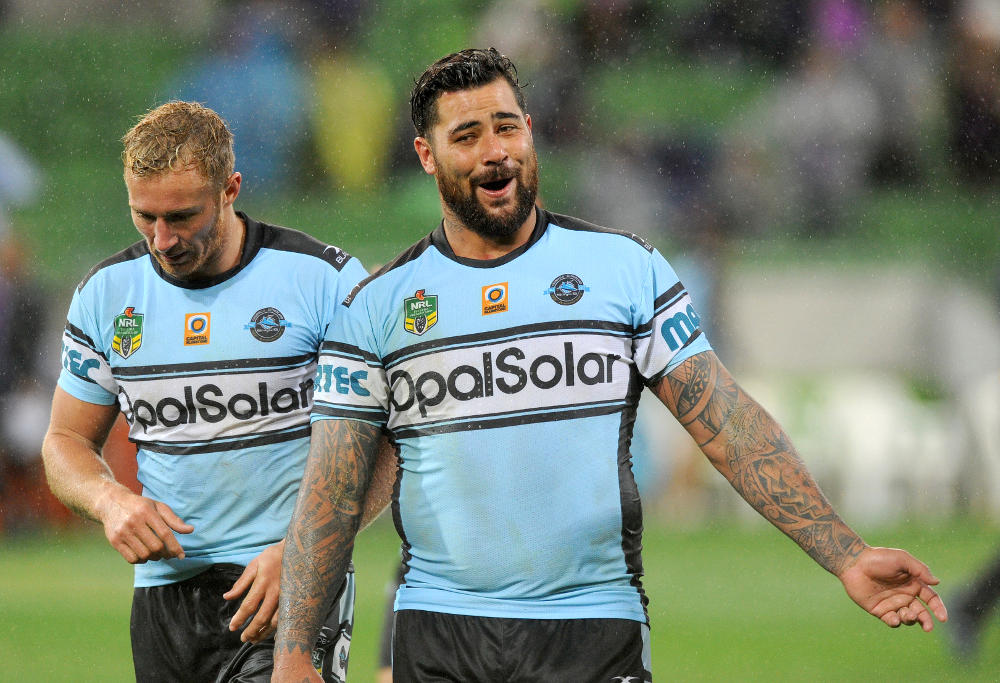 The best match of Round 15 has been saved for last when the Eels host the Dragons on Sunday afternoon.

The Dragons will be without Origin duo Josh Dugan and Tyson Frizell with Jacob Host and Kalifa Faifai Loa joining the side. The Eels have brought in Kirisome Auva’a in place of Nathan Davis.

Both of these sides will be disappointing in their performances last round, with the Eels totally outclassed by the Cowboys and the Dragons outworked by the Bulldogs on Queens Birthday.

The new combination between Corey Norman and Mitchell Moses was always going to take some time to develop, but how much time is enough time? It is fair to say that over the course of this week, they have hopefully gelled a lot better than they did last week as a duo.

For the Dragons, their offensive output of only two points on Monday would have disappointed coach Paul McGregor, but the side was starved of opportunity and field position by a combination of errors and conceding penalties. The Eels are a sporadic side and the Dragons can’t afford to give great field position time and time again.

In round 2 when these sides clashed in Wollongong, Semi Radradra scored four tries and he will certainly be a handful for the Dragons defence this weekend. At essentially full strength, I am favouring the Eels to bounce back this weekend. I didn’t like much of what I saw from the Dragons last weekend and without their best player in Josh Dugan, I’m not sure where their creativity comes from this weekend. Prediction: Parramatta by 10.