Why Kangaroos shouldn't make the hop to Tassie

The reason we love sport is the emotion it brings, it’s a real life soap opera, enormous joy together with the lowest of lows. The lowest of them all, is seeing your club get taken away after years of fighting to keep it alive.

The relocation drums were beating earlier this week with North Melbourne once again on the chopping block. Relocation was raised by Craig Hutchinson, host of Channel Nine’s Footy Classified, following a Friday night crowd against St Kilda at Etihad Stadium of 26,000.

Not a NM fan by any means but in most sports leagues a crowd of 26k & membership of 40k would be considered big. They'd be an NRL powerhouse https://t.co/DiVLff37aG

In the AFL 26k is seen as a poor crowd, anywhere else in Australia and around the world, a 26k turnout to a sporting game would be seen as a success. Home crowds for the 2017 season sees North Melbourne just shy of 23,000, it’s below their 2016 average and in a country so hell bent on crowd figures this is seen as not good enough.

The Kangaroos boast 39,709 members, have recently renovated the Arden Street complex which is state of the art and 400k slashed off their current debt in 2016 shows they are seeing great growth. The club isn’t on its knees, not struggling on the financial front, so a call like this is quite staggering.

North Melbourne is not new to relocation talk, having already fought off a strong Gold Coast push by the AFL seven years ago. But to make a statement based on a low Friday night crowd figure, which is the catalyst, is knee jerking at its finest. 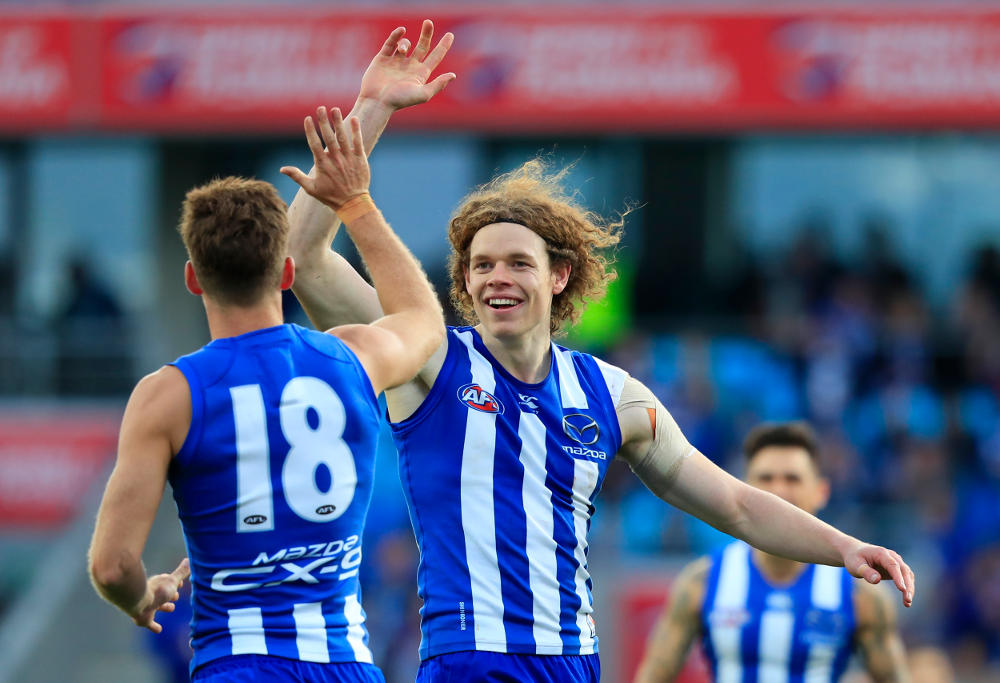 Any move by the Kangaroos would have a five year term anyway, with current deals running until 2021, as the Kangaroos and Hawthorn are both locked into playing home games each season in Tasmania.

Recently North Melbourne submitted a bid for an AFLW team in hope of being accepted as part of any expansion plans the AFL have for the competition, if successful, their AFLW team would be based out of Tasmania.

These positive steps of brand awareness, to securing financial and commercial support shouldn’t be taken as a signal of intent to leave their spiritual home, instead a club expanding its brand.

Any successful business should look to expand and gain competitive edge over its competitors, it’s why we see clubs selling games to Darwin, Cairns and Canberra.

The good of the game is a throwaway line, often used to defend these moves, what is not good for the game is alienating a large chunk of supporters who may never return to watching AFL football.

“Take the emotion out” Hutchinson said, you can’t, the league and clubs are built on emotion. It’s the investment of supporters which has seen clubs survive their darkest hours, telling supporters to leave out emotions is a slap in the face to every person who has invested in their football club.

My grandfather-in-law was a passionate Fitzroy supporter, he grew up in the area, frequently attended Brunswick Street Oval. Now he doesn’t support a football club, never attends matches and barely shows an interest in the game.

Emotion is why we have an AFL competition that we embrace, attend and have 24 hour talk back radio discussing the sport. Being so flippant shows a complete lack of understanding of what makes our game so great.

If the Kangaroos move to Tasmania you wouldn’t have to worry about “taking the emotion” out of the conversation, there will be something larger than that missing – people.

While a Tasmanian side might be exciting for the AFL competition, a piece of the league will be lost as many Shinboners much like the Roy Boys decide it’s time to walk away.

And that would be something to get emotional about.