Bunny chow is a Durban delicacy: a hollowed-out loaf of bread filled with hot curry. No cutlery required or permitted.

The beleaguered Boklings just hollowed out some French baguettes and stuffed them full of something, too.

This may not have been a great vintage of Les Bleues, but a 3-0 whitewash (11 tries to 4) where the result was never in doubt in the last quarter of any of the three Tests is not to be sneezed at, given the putrid 2016 version of the Boks.

Although the French chose to kick almost exclusively to exit (only 13 times per Test), and thus carried the ball 187 times more than South Africa (17.3 kicks per game), the difference in metres-per-carry was as obvious as a bunny chow stain on a white shirt: 5.5m/carry for France; 7.5 m/carry for South Africa.

The visitors created only 13 line breaks from 427 carries; while the Boks broke the line 21 times from 240 carries. Almost all of the French “line breaks” consisted of running over hapless Bok winger, Raymond Rhule; he missed 11 tackles, and most of the tackles he made were after he missed his first attempt.

The 2017 Boks tackled with relish – a typical tackle had mustard, chutney, and hot sauce. A rampant Siya Kolisi, ubermensch-looking Jean-Luc du Preez, hard-grafting Franco Mostert, hardman Eben Etzebeth (increasingly looking like a French painter from the Left Bank, with his swirled hairstyle and pensive facial hair), and fireman Steven Kitshoff were all particularly brutal on Frenchmen carrying a ball.

But particular mention must go to Jan Serfontein, who may have taken hold of the 12 jersey, no matter what Damian de Allende, Rohan Janse van Rensburg, and the ghost of Jean de Villiers says.

A former world junior star, Serfontein has not reached his potential. In this series, he was often the best back on the field for long stretches. He was clever with his lines, he chased like a demon, he made turnovers, he crash-tackled, he pop-passed, and he kicked well.

When the Boks needed go-forward ball, they looked to Serfontein and another young phenom: Malcolm Macho Man Marx. He will need to fix his lineout throws or provide a steady source of possession to Sam Whitelock and Kieran Read in September, but in general play, Marx is Bismarck-meets-Coles. Marx made more line breaks and busted more tackles than any other Bok.

Kolisi was a workhorse, with moments of brilliance. He played all 240 minutes, carried more than anyone else, and made 44 hard tackles.

It is too soon to tell how good this group can be, but the bookies will now favour South Africa to reach its first game against New Zealand this year, unbeaten. 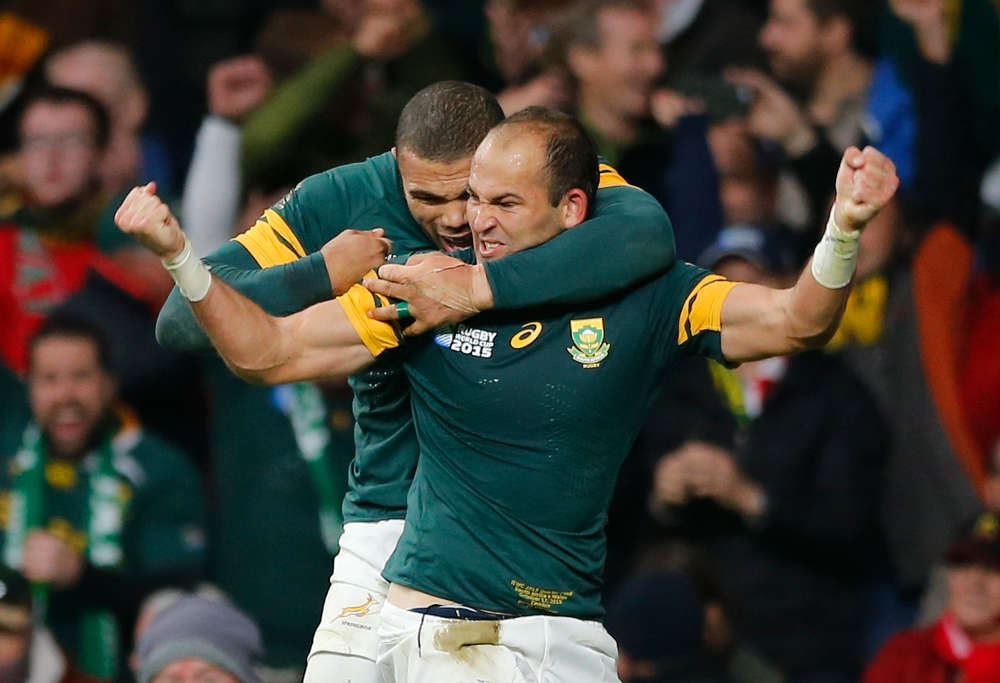 Players who grabbed a hold of their jersey
Siya Kolisi: with the caveat that it is still not clear if he is a 6 or a 7. Maybe he is the Saffa Hooper, but his form is irrepressible currently. The captaincy of the Stormers may have lifted his confidence. The strip, run, fend, and offload to send Elton Jantjies in for the last try in the second Test, was a career highlight.

Jan Serfontein: his partnership with Jesse Kriel still has work to do, but in his own channel, he looks like the business.

Franco Mostert: he seems to have the perfect complementary toolkit to partner Etzebeth, all he does is work-work-work. He hits rucks like they were made for him. Pieter-Steph du Toit and Lood de Jager are no slouches, but they appear destined for the 2017 bench.

Andries Coetzee: the rookie fullback will have to do better in his defensive positioning, but he is safe under the high ball, has a big siege gun boot, and is a real counter-attacking menace.

Players who did not show enough
Raymond Rhule: he should lose his spot to Dillyn Leyds (against Argentina) or Combrinck (for the big Tests against New Zealand).

Beast Mtawarira: a shell of his former self, and Kitshoff is ready to rumble.

Players who grew up
Eben Etzebeth: he became the 60th Bok captain in the third Test; and looked comfortable, even when talking to the referee. His leadership did not look to detract from the beautiful brutality of his play. His try in the third Test took serious wrestling-grappling strength and all series, he hit like he meant it.

Elton Jantjies: he exited properly, he made his goals, he did not overrely on the inside pass, and he did not scream at his teammates as much. But his haircut? Maybe it is the Bunny Chop.

Jean-Luc du Preez: the big Aryan bruiser started to realise as he smashed Picamoles and Maestri and Camara back in the tackle that he is a boy no more.

Overall report card
Coaching: B+ (we will see much more from the Tests in New Zealand and Australia).

Who is the Bok scrumhalf and who is his backup? What happens when Handre Pollard is healthy again? Can Rhule learn to tackle? How long will Beast keep his one jersey? Who is our opensider when we really need one? Who is the incumbent tighthead?