Within the midst of Round 14, a storyline emerged which perhaps breaks from the norm.

Sydney may just be in finals contention. Again.

Since the season began, Sydney had been behind the eight-ball. The start to the season was dismal to be blunt, no wins from six starts was among the worse starts in the club’s history and surprising given their annual appearance in the finals series the year before.

The Swans were brilliant in patches, capable of four goal bursts and some scintillating football. However, football in 2017 cannot be played in patches and the Swans lacked the ability to go for four quarters.

Teams applied feverish pressure and the Swans were found wanting.

It seemed like the end of a dynasty was happening. John Longmire’s press conferences became increasingly taut, Sydney fans quiet on the public forums.

The Sydney Cricket Ground was surrounded in a nervous atmosphere on Friday night, fixated as Sydney fought a gallant Essendon in a battle for the ages.

As the ball landed in the hands of Gary Rohan, left one out with Marty Gleeson in the goal square with the seconds dwindling away, the nerves subsided.

And jubilation overcame the Swans faithful.

Rohan’s conversion gave Sydney a one-point win, the team’s third in a row and lifted the club to tenth on the ladder – one measly game outside the eight.

A cynic may point out that a few of the Swans wins have come in single-point margins but that is equally a reflection of the competition and Sydney’s ability to win the big moments.

In the AFL’s most open year, where anyone can seemingly beat anyone anywhere at any given time, Sydney have burst into finals contention.

Luke Parker, Dan Hannebery and Josh Kennedy, the old firm in the midfield, are firing again.

Earlier in the season, they struggled to influence the game to their usual standard, yet now with ball in hand, they have re-joined the conversation as one of the competition’s best midfields.

All three managed over 25 possessions against Essendon, the third week since the bye they’ve all gone over 20 possessions for the game.

The second-tier stars of Sydney notably Jake Lloyd, Callum Mills and Isaac Heeney have gone with the midfield trio and lifted to the verge of having breakout years.

Jake Lloyd has been particularly commanding at halfback with clever ball use, averaging 29 possessions since the break. 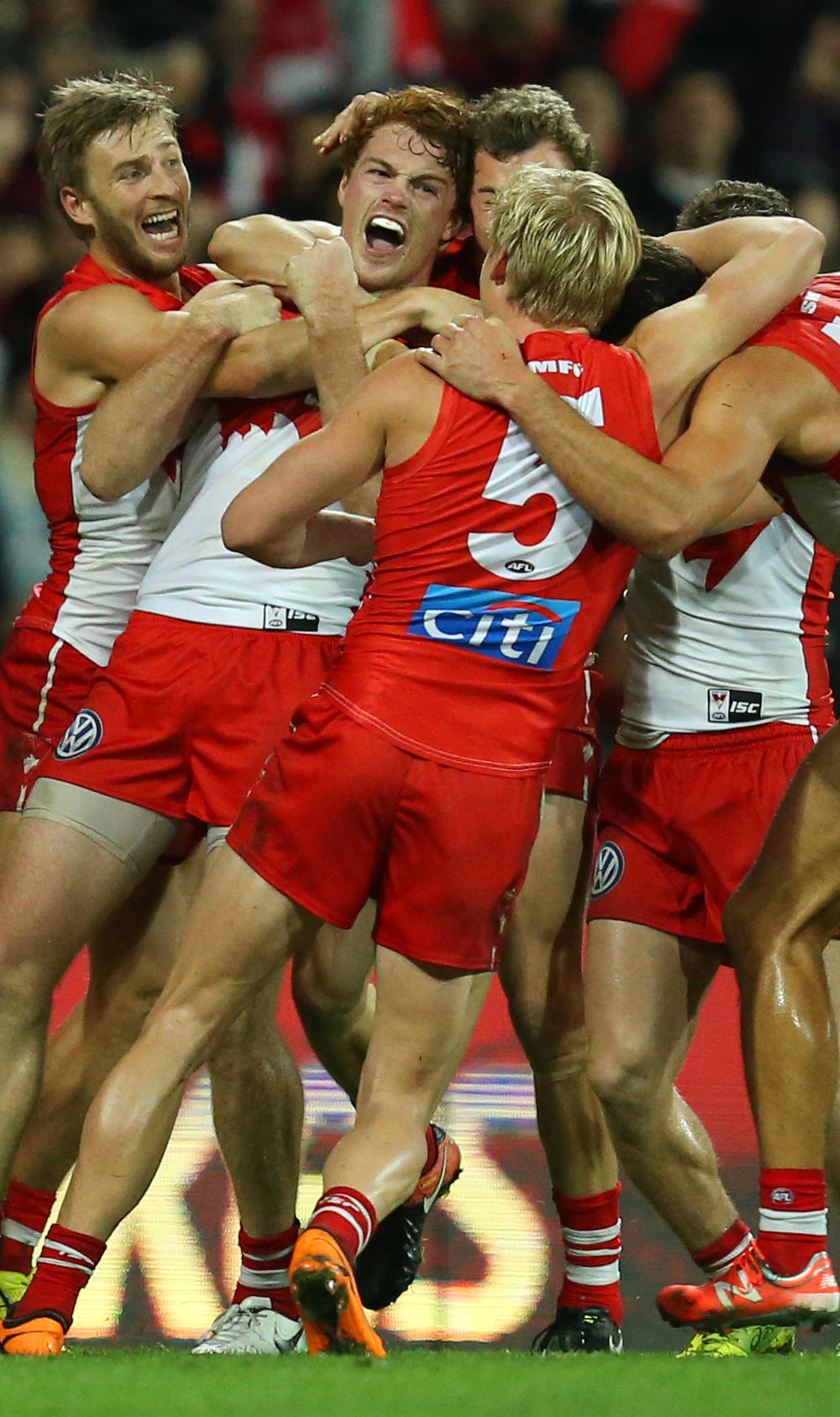 Not to mention the firepower in a three time Coleman Medallist Lance Franklin and a rejuvenated Sam Reid. Tom Papley and Will Hayward add to a promising forward line.

Arguably the biggest bonus for the Swans is after Friday night’s game against fellow finals aspirant Melbourne, they don’t travel outside of Sydney until late July.

They’ve unearthed capable players in Nic Newman and Lewis Melican while the stars of Zak Jones and Oliver Florent are rising. For a while Sydney had its depth questioned but now it has an abundance of players to pick from, it is incredible how quickly an image can change given the context which surrounds it.

The question of rebuilding has suddenly been substituted with dreams of grandeur. They’re in-form and winning close games as good finals teams do, the players are firing and in an open year, Sydney has the finals experience and depth to go deep in September.

No side has ever played finals after a 0 and 6 start. Sydney might well achieve the improbable and have every reason to fantasise about September.

That is not cliché.