Queensland coach Kevin Walters must be planning to either replace Cameron Smith at some stage of State of Origin 3, or at least move him away from dummy half and put Ben Hunt in there for a short stint.

The way he talks about Hunt’s strengths suggests Walters is keeping those options open, because he makes it clear the Brisbane halfback is in the squad for his running game.

Presuming that neither of the Maroons halves are replaced, Hunt has to come off the bench in some other shape or form and playing dummy half to change things up a bit appears likely. He has got the potential to get in and dart out of there when the Maroons are on a roll.

The only question is whether to take Smith off while Hunt is on or bring Hunt on for a back-rower and leave Smith out there.

That can obviously be a risky scenario because it down-sizes the team for that period of time, but similar things have been done before with success in Origin – it wasn’t strict that Craig Wing came on for the hooker or one of the halves when he was playing from the bench for NSW.

There must be a plan for Hunt other than playing it by ear when it comes to getting him on the field, otherwise it could become a selection wasted, and out of dummy half is clearly where he could make an impact. 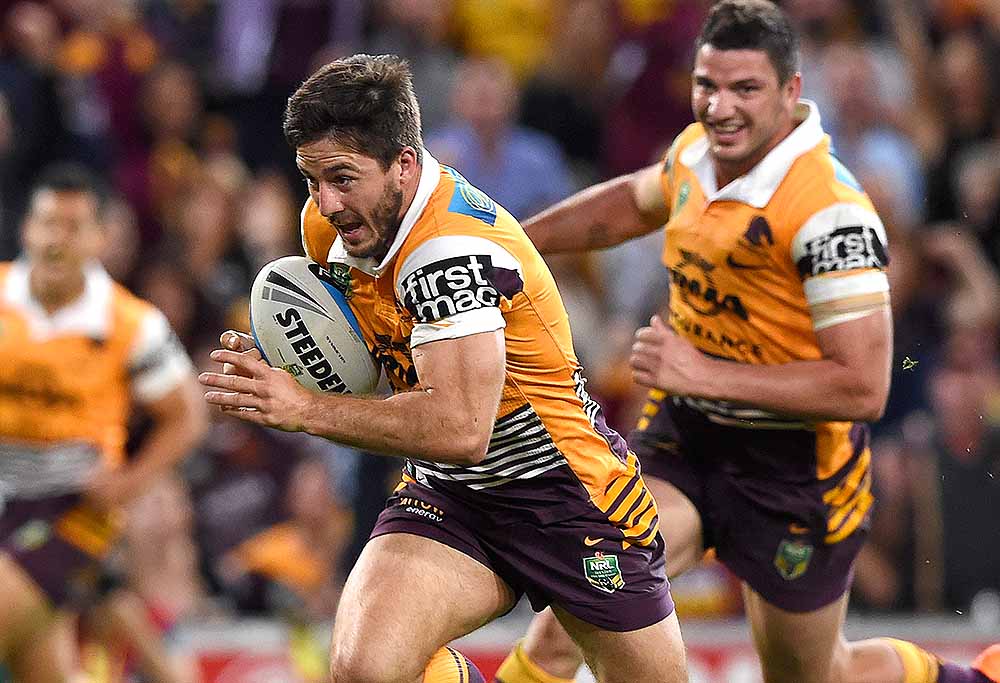 As great a player as Smith is, he recently turned 34 and it makes sense to include giving him a rest on the bench at some stage – even if it is only for as little as ten minutes – as an option.

The champion hooker looked his age at times and did not back up for Melbourne’s club game against Newcastle two days later, with Storm coach Craig Bellamy saying he was “cooked”.

It is not unusual for Smith to overcome injuries well enough to play when he is initially expected to miss a game, so for him to be “umming and ahhing” about playing, as Bellamy put it, indicates just how hard Origin 1 was on the Australian skipper.

It will be six weeks later and right in the middle of winter when the Maroons and Blues return to Suncorp for the decider, but presuming the weather is fine, it will still be a significantly faster track than ANZ Stadium was for Origin 2.

And it is only common sense that NSW will be trying to play like they did in Origin 1, when their forwards ran through Queensland to establish an advantage.

So in all likelihood, it’s going to be a fast-paced game that will put the older players, in particular, under considerable pressure.

The Game 1 result was enough to finish off the Origin careers of a few older Maroons forwards – Sam Thaiday, Nate Myles, Jacob Lillyman and Aiden Guerra.

Daly Cherry-Evans was always much more likely than Hunt to win a spot in the Queensland starting side for this game, but if Cherry-Evans wasn’t picked in the 13, then Hunt was just as likely to beat him to a bench spot.

Overall, it does not seem fair when you consider the relative club form of the two players this season, but Hunt fits more easily into a concrete plan from the bench.

With Cherry-Evans, it’s a case of, if you’re going to send him on, where do you put him?

Yet the best scenario for the Maroons would be if Hunt wasn’t needed to come on at all, because that would mean everything is going fine, Queensland are well in control and Smith doesn’t need a rest.