The competition comes fresh on the heels of an incredibly successful ANZ Premiership season in New Zealand after the disbanding of the trans-Tasman ANZ Championship.

Hosted in the city of Nelson in the country’s south island, Netball Super Club boasted eight teams from across the world, including the current ANZ Premiership champions, the Southern Steel.

The Steel were joined by their compatriots in the Central Pulse and Northern Mystics, assuring that the leagues top three New Zealand teams were represented in the competition. In addition to these teams, five others from across the globe were invited by Netball New Zealand to take part.

These included the University of Trinidad and Tobago, Marama Vou of Fiji, the Celtic Flames from Wales, the Gauteng Jaguars of South Africa and the New South Wales Institute of Sport, which was a hybrid team of GWS Giants and NSW Swifts development players.

A tournament stand out was the ferociousness and determination that all players displayed throughout the week. Despite their dominance at times, the New Zealand teams and NSWIS were reluctant to rest their stars for any longer than a quarter.

This ensured that fans who attended the tournament were seeing the best possible product available and not simply a second string New Zealand side against a composite team from Fiji for example.

The Celtic Flames and Marama Vou utilised some New Zealand experience to bolster their rosters, with the likes of Canterbury Tactix players Brooke Leaver, Anna Thompson and Temalisi Fakahokotau. This served to increase the competitiveness of these teams and the experience those players would have been able toinstilin their teammates would be undoubtedly invaluable for those teams.

The Southern Steel ran out convincing winners over the Northern Mystics in the competitions final game, recording a 79-58 win. 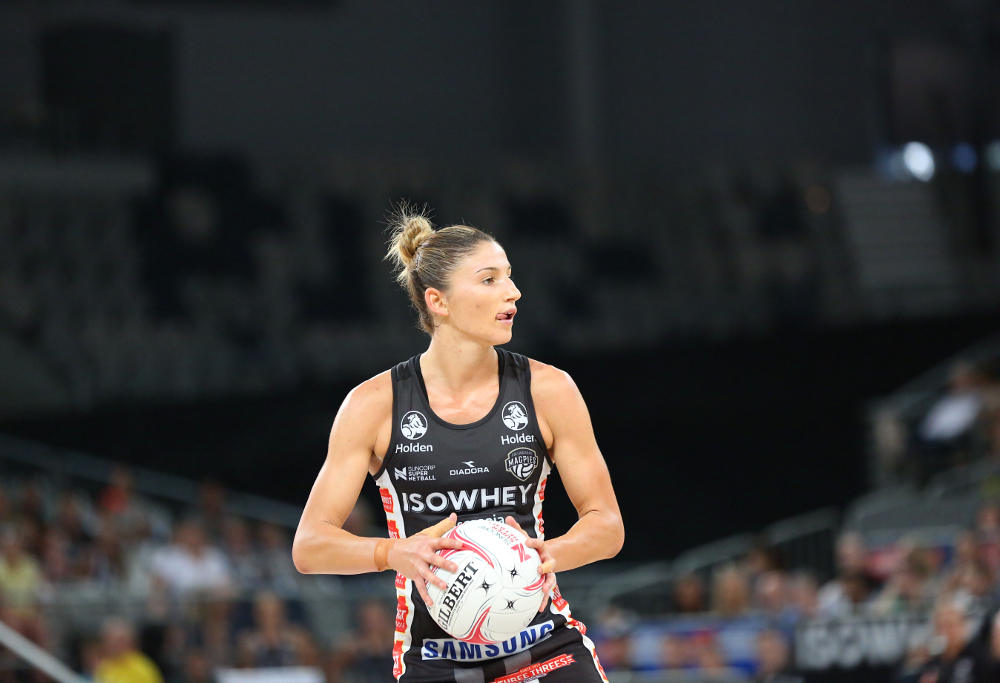 In the third placed playoff, in an incredible upset, the NSWIS defeated the highly fancied Central Pulse 48-46, despite falling behind by as many as nine goals in the second quarter.

There were numerous stand-out players throughout the tournament in all thirds of the court. The Southern Steel collectively were magnificent and capped off a fantastic season with their second piece of silverware in as many weeks.

From an Australian perspective, Amy Parmenter was superb in wing defence, attacking every ball with ferocity, particularly in the third versus fourth playoff, securing two intercepts and three deflections.

Of the lesser known teams, Samantha Wallace and Kalifa McCollin of the University of Trindad andamp; Tobago combined almost telepathically in their goal circle to shoot a consistently high percentage in every game. They also played every minute of all five of their teams games.

Netball Super Club will be held in Nelson for the next two seasons and my hope is that it can continue to grow and attract more world-class talent.

While tournament attendance was low, the addition of further sides from Australia and the United Kingdom in future could serve to not only peak the publics interest but also make for more competitive games across the board. Despite this, the competition was a tremendous success, incredibly watchable and a great showcase of world netball ahead of the Commonwealth Games next year.