With the series now done and dusted, it's clear the Lions were underestimated

A few months ago I dared to suggest that the Lions may win the series against the All Blacks in New Zealand.

The article was widely ridiculed, not just by Kiwis but many in Britain and Ireland.

Lions supporters, as they often are, were strongly critical of selections. The Scots, in particular, considered themselves especially hard done by and many thought that the Welsh contingent weakened the squad.

First, there were those who recognised the talent in the Lions’ squad but dismissed the possibility of it jelling due to lack of preparation. This was fair enough, after all, it is always an issue for these tours.

But there were also those who saw the Lions as ‘just another Northern Hemisphere rugby side’. Plagued by slow play and lack of skill, they stood little chance of getting close to the All Blacks.

Owen Farrell was ‘just a kicking machine’. The Lions forwards were considered stodgy and, well, fat.

There is no denying that this was the perception pre-tour. Even during the tour, particularly after the defeat to the Blues, many Kiwis in this very forum were declaring the Lions second rate and out of their depth.

The fact the Lions XV included a spine of Saracens who had won back-to-back European titles seemed to be totally downplayed. After all, that’s just some competition in Europe.

This attitude was astonishing to me. That spine of Mako Vunipola, Jamie George, Maro Itoje and Owen Farrell had swept all before them in Europe including a Toulon side led by Ma’a Nonu, Matt Giteau, Bryan Habana and Juan Smith.

When you also consider that Farrell had been pivotal in beating the All Blacks with England in 2012, the Lions’ series win in Australia and two straight Six Nations in 2015 and 2016, and the casual writing off of the Lions pre-tour made even less sense. 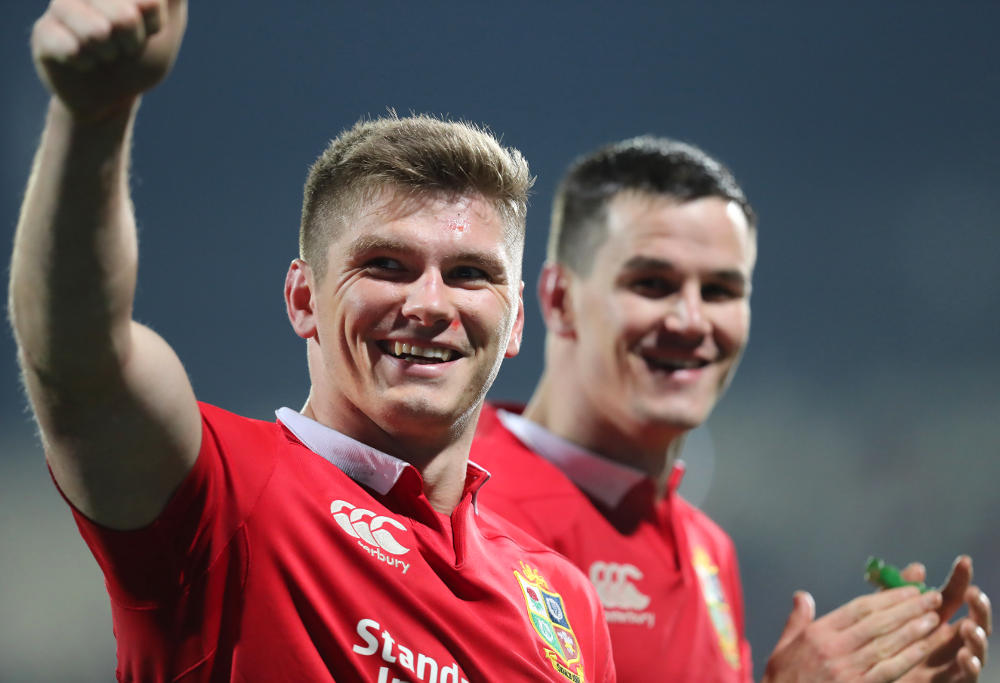 All of that is quite before the fact that the Irish contingent had some considerable confidence going into the Test series courtesy of their win, albeit against a weakened All Blacks in Chicago.

Did the All Blacks underestimate the Lions?

It is hard to seriously argue that Steve Hansen and his side would have consciously fallen into that trap. But when all the commentary coming from the public and media was downright dismissive of the Lions’ chances, could that truly be blocked out?

There will always be arguments about penalties, yellow cards and red cards.

Was Romain Poite influenced unduly by Sam Warburton? Should the All Blacks have been awarded penalties earlier in the game at all? Was Sonny Bill really deserving of a red card or would a yellow have sufficed?

All of these questions will stoke pub debates and dinner table dialogue for decades to come. But the fact remains that the Lions, coached by ‘the clown’ and assembled with no preparation time, from a world where rugby is played in slow motion, were never meant to get even close.

They drew the series.

Going forward, the Southern Hemisphere rugby public needs to wake up to the fact that there is somewhat of a revolution going on in European rugby.

More elite level players from New Zealand and particularly South Africa are heading north to club rugby, not just to retire but in the prime of their careers. This is having an undoubted effect on playing style and skill levels.

Huge financial resources, particularly in England, are being thrown at the World Cup in 2019 and beyond. These resources dwarf anything available in New Zealand, Australia or South Africa.

During the Six Nations, Wales, Ireland and Scotland were all coached by Kiwis. England was coached by Eddie Jones.

Don’t for one second think that Eddie wasn’t quietly thrilled to see the spine of the English side exposed to the furnace of three Tests against the All Blacks in New Zealand.