The Super XV: Australian team of the week, Round 16

Each week we’ll be looking at the best of the best in Australian rugby and piecing together the top 15 players out of the Aussie Super Rugby sides from the round gone by.

All five Aussie teams were in action this week after the June international window came to an end and boy did we just jump straight back into the Australian Conference that has been 2017.

Quade Cooper broke Brumbies hearts with a penalty goal on fulltime to take a messy and error-fuelled 16-15 win for the Reds in Brisbane.

The Force and the Rebels met in a battle of the pending axe with the Perth-based side scoring four tries to three to take a 31-22 win in their final meeting.

To cap off the weekend, the Waratahs bled points against the Jaguares, briefly fighting back from a 23-point deficit in the first half to go down by 40 points to 27 in Sydney.

Here we go, let’s see if we can find 15 players from the weekend to make a decent team.

1. Pek Cowan (Force)
A good night for the Force front row up against the Rebels scrum and it was Cowan doing a lot of the hard yards early on with the game in the balance.

A strong defensive showing from Cowan who bullied his way around the edges of the ruck and close to his own line as the Rebels looked to play in close to the ruck.

2. Damien Fitzpatrick (Waratahs)
A tough night in the scrum for the Tahs hooker but we’re looking at the positives in the team of the week and Fitzpatrick was one big positive with ball in hand.

One of the best runners on the park across both sides against the Jaguares, Fitzpatrick made more running metres than any other Waratah in the starting line up, making tackle busts all over the place as he continued to crack the advantage line all night.

3. Sekope Kepu (Waratahs)
Kepu sits in the same boat as Fitzpatrick on this one. An often polarising player for the Waratahs and Wallabies over the past two years, he still has plenty left in the tank and showed that this week in the midst of a disappointing result for his side.

His running metres and ability to break the first tackle had him moving forward for the most part while he was able to get his big frame in the way of the Jaguares big men time and time again.

4. and 5. Matt Philip and Adam Coleman (Force)
The lock pairing of Philip and Coleman caused mass damage against the Rebels on Friday as the forwards took control of the contest and really won the game for the Force.

While Coleman bagged a key try early in the game, it was Philip in particular who took the bull by the horns and became a workhorse up the guts and through the line out to keep his side rolling.

Both players broke the line more than once and arguably won the contest for their side.

6. Lopeti Timani (Rebels)
Nothing to set the world on fire from Timani this week but consistent enough across the game to best the rest that Australia produced from the No. 6 spot this week.

His running game with ball in hand was strong in the early stages of the second half once he started coming up against tired legs and played a nice role in the line out for the Rebels.

7. Colby Fainga’a (Rebels)
Fainga’a was able to cross the white line in the second half to breathe life into the Rebels comeback but they weren’t able to capitalise.

His biggest match up for the seven spot this week came across the park from Hardwick at the Force but he was less than reliable when coming up against Fainga’a in attack and defence.

8. Amanaki Mafi (Rebels)
This was a tough one leaving out a breakout performance from big Fijian Isireli Naisarani but Mafi continue to be the best of a bad season for the Rebels.

He’s such a destructive force with ball in hand and is near impossible to be pulled down on the first time of asking. It’s a task to get your hands around those tree trunk legs.

Only one man made more metres for the Rebels, but we’ll get to that.

9. Nic Stirzaker (Rebels)
Well it wasn’t going to be Tuttle or Powell from the heaping pile that was the Reds and Brumbies game. Gordon never felt like he hit top gear and Ruru looked to be outplayed by his opposite number watching the Rebels and Force game live.

So here we are, left with Stirzaker. That shouldn’t take anything away from his performance though, one that threatened as a playmaker and ball runner for much of the second half.

A consistent enough performance in ball delivery to cover the basics of the halfback role and he was able to sprinkle in a few extra facets of the game to make himself stand out at No. 9 this week.

10. Bernard Foley (Waratahs)
It’s hard to leave someone out who had a hand in all three of his teams tries and nearly got his side back in it despite the best efforts, or lack thereof, of most of his teammates.

Back to back meat pies early in the second half brought the Tahs back within a point of the much better performing Jaguares, not to mention setting up the first five-pointer for Folau as well. 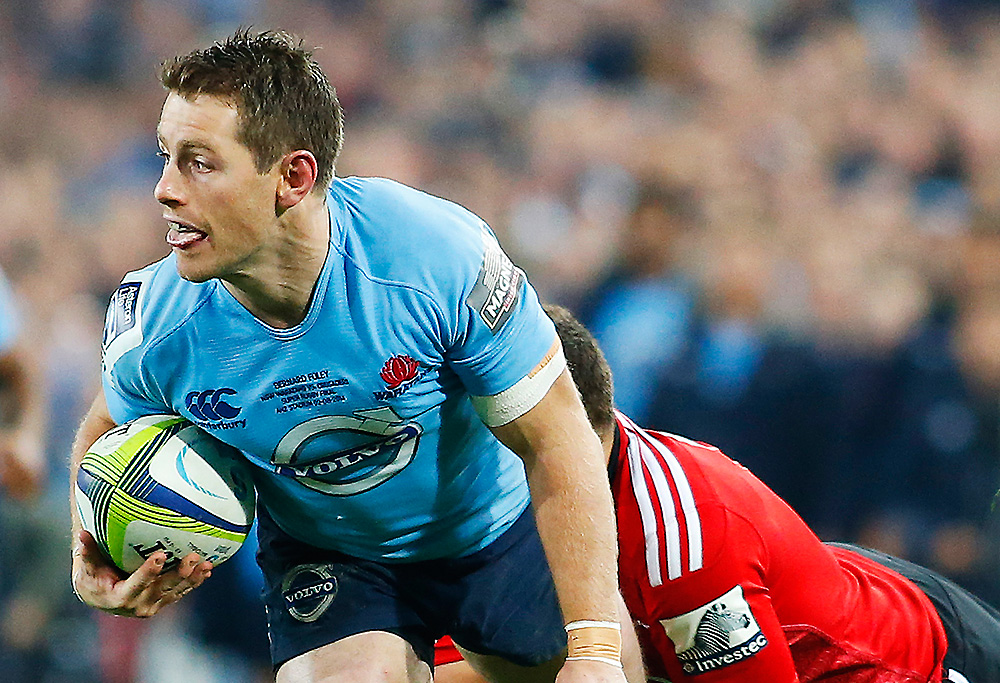 He was the best in a bad situation for the Waratahs on a bleak Saturday night of rugby action.

11. Marika Koroibete (Rebels)
The Fijian-born flyer caused big headaches down the left wing for the Force and reaped the rewards with a pair of long-range efforts in the first half.

Not only was he there to get his name on the scoreboard, but he played a pivotal supporting role in both tries as well, putting just as much into setting them up as he did using the back burners to finish them off.

The only player in the game to hit three figures for running metres and while his defence still leaves a little to be desired, he is proving to be a very hard man to stop down the edges.

12. Duncan Paia’aua (Reds)
A small highlight among a pretty horrid opening 40 minutes of rugby in smoky and damp conditions in Brisbane, Paia’aua was able to play a bit of rugby where most of both teams simply couldn’t.

Tackle busts and line breaks both came his way as he continually played games with the sliding defence around the fringes and through the inside line from Cooper.

13. Campbell Magnay (Reds)
Campbell Magnay is only 20 years old and this is already his third season of Super Rugby. He’s struggled to really consolidate a spot in the side but more performances like this and we could be seeing a lot more of him.

Much in the same vein as Paia’aua, the Reds were able to really link up across the backline in the second half when all the ball-dropping and penalties began to slow down.

14. Izaia Perese (Reds)
The third Red in a row to form the backline and it’s another 20-year-old with a long future ahead of him.

Perese was strong on the kick return and through broken play, especially when the Reds were really able to open up the Brumbies on the edges in the second half.

15. Dane Haylett-Petty (Force)
Not an enjoyable week for the fullbacks in the Australian Conference so I’ve gone with Haylett-Petty for coming out on the winning side and not really doing too much wrong to make me think otherwise.

He was sharp as an alternate playmaking option through the backline with some of his inside backs struggling in the first half. He ran well on the kick return and was able to exploit some tired legs late in the game.

Do you agree with the XV? You’re sporting fans, of course you don’t, so let us know who you think should or shouldn’t be in the side for this week.