Is Wayne Rooney's return to Everton a triumph or a joke?

I’m no football expert, but is Wayne Rooney’s return to Everton a feel-good story or a bit on the nose?

Imagine a young couple from a small town. They meet in high school, fall in love, then get married at 17. It’s a beautiful love story.

Then, after a couple of years marriage, the young husband gets itchy feet. He wants more out of life, so when he meets a glamorous and wealthy girl, he can’t help having an affair with her.

He divorces his young wife and goes off to marry the glamour girl and live in the big city.

There’s a fabulous wild ride for 13 years, although to tell the truth, the last couple were a bit rocky. There were rumours Glamour Girl was getting itchy feet and wanted to date other men, so to speak.

So what does the guy do? Leaves the big city and goes back to his high school sweetheart, who takes him back with open arms.

Such is the story of English footballer, Wayne Rooney. A teenage prodigy at Everton, he gave their fans hope of not just beating local rivals Liverpool, but also competing for the Premier League itself.

Instead, he went off to top club Manchester United and won titles, played in Europe, captained England, and so on.

Now United have moved on to a new era and Rooney’s not part of it. So he’s gone back to Everton. Trouble is, Rooney’s best years are behind him. Sure, he’s only 31, but his entire 20s, when he could have been scoring goals for Everton, were spent scoring goals for Manchester United.

Why should they take back this washed up old hack who gave his best years to another club?

Rooney’s returned to Everton to wear the No.10 shirt, the shirt worn last season by Romelu Lukaku, who’s all set to sign for… Manchester United.

OK, maybe Rooney still has something to offer the club he jilted. Perhaps he can squeeze another two or three years out of the old legs. Maybe he can get them up to a few places off the top four.

But how do Everton fans feel about Wayne Rooney’s return: are they happy to see their prodigal son back, or angry their club’s signed this old hack who left them in the lurch 13 years ago? Is it a case of forgiveness or fury?

Or maybe this is just another day at the office in a sport where concepts like loyalty went out at the same time as 1970s mullets. 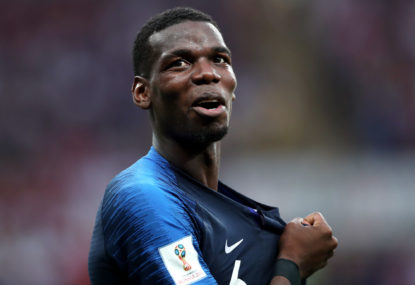 The EPL season is on our doorstep again and the usual suspects of contenders for the title are being bandied around again.