I spent the weekend filming the Queensland State of Origin and Under 16 teams’ training sessions for the coaching staff’s video review. From high above the training paddocks, this is what I learnt.

Though wet and cold (and not exactly where I thought five years of university would take me) I loved every minute of it. When you’re a Queenslander, you don’t let anybody down.

More State of Origin coverage
» The best Origin 3 preview on the internet
» PRICHARD: The Blues’ Game 3 performance is all in the head
» The two areas where the decider will be decided
» State of Origin expert tips and predictions

2 – I wish Billy Slater would direct my life like he does the Queensland defence
Though all the players were vocal throughout the sessions, Billy’s distinctive barks rose over all the rest. If his defenders get caught up on Wednesday night, it won’t be Billy’s fault.

3 – You get sunburnt more easily closer to the sun
My pasty Irish skin wasn’t built for Queensland sunshine. Nevertheless, I’m grateful my ancestors found their way to Queensland so I can now enjoy crushing New South Wales nearly every year. Praise be to King Wally that the first Gilroys moved from Sydney to Queensland otherwise my life would probably be worthless.

4 – At the end of the day, they’re just boys kicking footballs around and that’s great
The only difference between the elite players and the Under 16s is a few million dollars. With all the hype and drama surrounding the NRL and State of Origin in particular, it’s hard to remember that they’re all just blokes who are really, really good at playing footy.

Seeing them run around a training paddock removes the TV gloss and glamour, and takes you back to your own childhood, kicking the footy around with mates. Or in my case, by myself in the front yard with my cat. 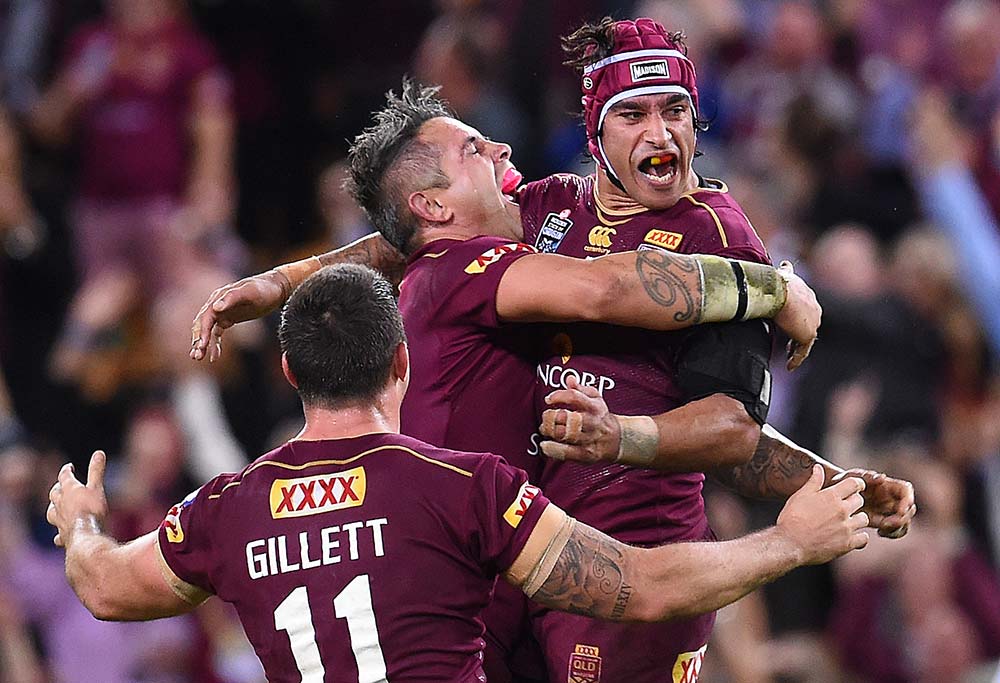 5 – Queensland will win – and the future is bright
They’re a well-oiled machine, superb athletes and I love them. If they play the way they trained, New South Wales better watch out. The young fellas in the Under 16s aren’t too shabby either and I look forward to seeing them progress over the next few years.

6 – Dylan Napa is a giant
It would be best not to make him angry.

7 – It feels good to be part of the team
At 23, without any sporting experience and a fitness level that can be best described as ‘breathing’, I can probably give up any childhood hope of playing halfback for Queensland. But I can help in some way – I was lucky enough to film these sessions, I helped direct fans to the training sessions and was mistaken for being part of the team at a nearby pub where I had lunch (pro tip – a lanyard always makes you look 100 per cent more official).

Though I’ll never play for Queensland, in my own small way I still represented the team and my state and that’s still something.