From the Paul George acquisition by the Oklahoma City Thunder, to James Harden and Steph Curry’s Super-Max deals, this offseason has been one for the ages. But there is one team who will be walking away happiest when the smoke clears and that is the Brooklyn Nets.

Dubbed by many as a dumpster fire of a franchise when this season ended and they yet again were forced to relinquish their first round draft pick (first overall) to the Boston Celtics due to a previous deal from 2013 by then manager Billy King that most consider to be one of the worst trades in NBA history.

However, with Sean Marks at the helm, the Nets have rebounded in such a spectacular way that some analysts are even positioning them to be one of the teams in the East to watch out for in a few years.

To truly understand the magnitude of their offseason, we must revisit the 2013 offseason. On July 12, 2013, the Brooklyn nets leveraged their future by trading away their 2014, 2016, 2017 and 2018 first round draft picks for the ageing collection of Kevin Garnett, Paul Pierce and Jason Terry.

This at the time was considered to be a ‘win now’ deal for the Nets who could pair these future hall of famers with their current all star back court of Deron Williams and Joe Johnson. The first season of this experiment actually worked reasonably well, as the Nets made the play-offs and beat the Raptors in the first round, only to lose in five games to LeBron’s Miami Heat.

The following season, things began to fall apart. The team was one of the oldest teams in NBA history and injuries began to take their toll. The Nets finished with a record of 38-44 and scraped into the finals in eighth position, only to be bumped in the first round by the Atlanta Hawks.

On top of this, the squad who had all been over payed in a desperate attempt to remain relevant, forced the Nets way over the salary cap and into luxury tax. That offseason, the Brooklyn Nets paid $80 million just in luxury tax, still to this day an NBA record.

This forced the hand of management and the team was blown up, with stars Johnson, Williams, Garnett and Pierce all let go. The Nets were starting over, but with none of their own future draft picks. NBA suicide in this day and age.

Fast forward to this year’s offseason and after finishing with a league worst record of 20-62, the Nets were once again sending their pick Boston’s way. The Nets were the worst team and had been so for the past two season, while having zero to show for it. 2018’s pick is also going to the Celtics and no free agent wanted a bar of Brooklyn.

The team was in a shambles. Enter Sean Marks, who set about putting together one of the best offseason’s in NBA history.

Marks surely would have been tempted to use the cap space he had and aim high for every free agent in this year’s class. Instead he smartly used his cap space to absorb some of the NBA’s worst contracts in exchange for pieces he could use.

It’s a win-win for teams who are seeking cap space and have no other way to get large contracts off their books. So a few days before the draft, Marks, pushed the go button on a league changing deal, absorbing Timofey Mozgov’s monstrous contract for former second overall pick De’Angelo Russell.

Russell, a guard considered by some to be one of the most exciting youngsters in the league was headed to Brooklyn who at last, had a piece to build around! 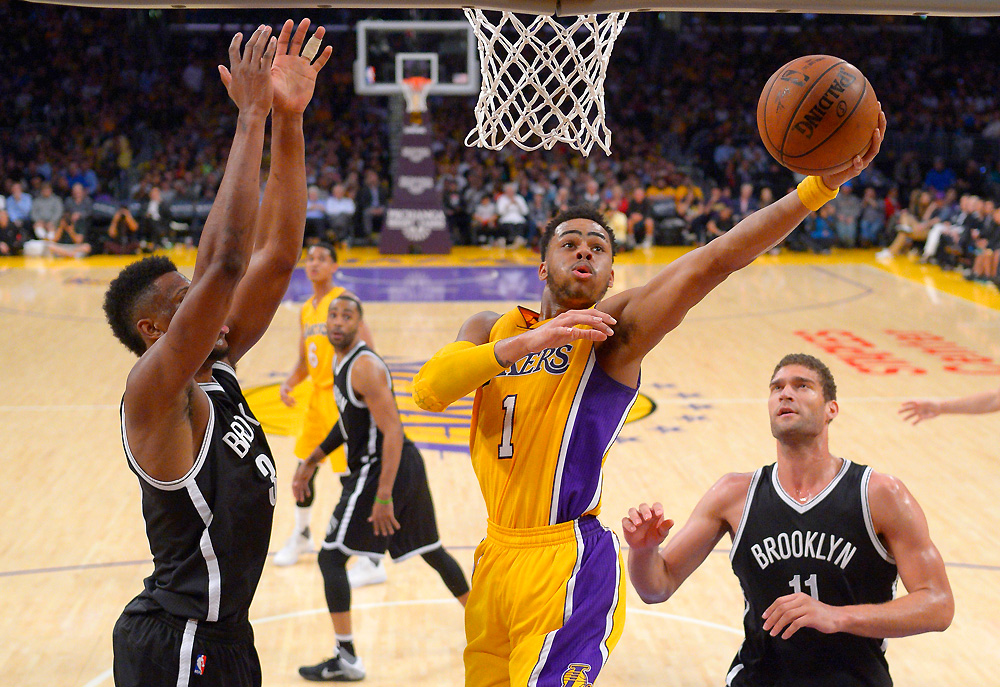 This in itself would have been enough to qualify the Nets a great offseason, but Marks was not finished there. With careful planning, he put together an absolute landmine of a ‘max contract’ for Otto Porter, the Washington Wizard’s Small Forward. He knew the Wizards would match it and therefore, weakened a potential future contender of the Nets in the Eastern Conference.

The contract stipulates key points like paying 50 per cent of the year’s wage before the NBA season begins, a 15 per cent trade kicker and a fourth year player option. In today’s tight salary cap climate, this contract will really limit the Wizard’s options going forward and they have Mark’s to thank/blame for that.

Lastly but equally as impressive, Mark’s absorbed another bad contract in Demarre Carroll in exchange for future first and second round draft picks. The Raptors absolutely needed Carroll off their books after maxing out their own cap situation with the resigning of Kyle Lowry. In this deal, the Nets not only get picks to use in next season’s draft, but they get a stable Small Forward who can shoot the three and defend multiple positions.

So at last, Brooklyn Nets fans have reason for optimism heading into the future and it’s all thanks to Sean Marks. He pulled off three amazing moves this offseason which simultaneously weakened Brooklyn’s opposition’s future and improved their own.

If you’d asked analysts at the beginning of this season which team was in the worst position heading forward, everyone would have said the Brooklyn Nets and they’d have been right to do so. Ask that same question today and you’d be lucky to find a single person who’d agree with that. The Nets are trending upwards at last and they have Sean Marks to thank for that.