The stereotypical image of Canberra tends to skew towards the grey, bleak, cold, parliamentary, judicious and officious – the missionary position of Australian cities if you like.

It used to be that if you saw the War Memorial, saw Parliament House, bought adult material and fireworks in Fyshwick, fought an army bloke in a pub and then went off to the ski fields you had completed level Canberra.

Next up, were more difficult assignments such as Perth, Bali or Queenstown.

Anyone that has visited Canberra in the past 10 years knows that the above clichés no longer ring true. And for rugby fans, it is not too much of a stretch to suggest that the Brumbies, due to their relative geographic isolation, lack of off-field distractions and laid-back image, have provided an ideal environment to allow players to flourish and nurture their talent.

When the idea was briefly floated that the Brumbies could be the Australian Super Rugby team (note the non-use of the word ‘franchise’) to face the axe or be forced into a merger with the Rebels, many rugby fans were aghast.

It was if they’d been told a beloved TV show character was about to be killed off, or the bar tab had run out an hour into a club’s end of season bash. (The latter did happen to me once, and I guarantee you there has been war zones safer than that pub immediately after the announcement.)

This affection dates back to the Brumbies’ formation as the rag-tag rejects of Queensland and New South Wales rugby. Both regions thought their exalted financial and historical status would leave the Brumbies as the harmless little brother, snot hanging from his nose and always being picked last in backyard sports.

The hubris displayed only re-enforced the steely underdog spirit in the Brumbies, and under Rod Macqueen, Eddie Jones and David Nucifora, a high-performing culture was fostered that no-one in Australian rugby had seen before. Their success at the expense of the Waratahs and Reds meant neutrals and indeed many NSW and Queensland fans reacted with barely contained glee. 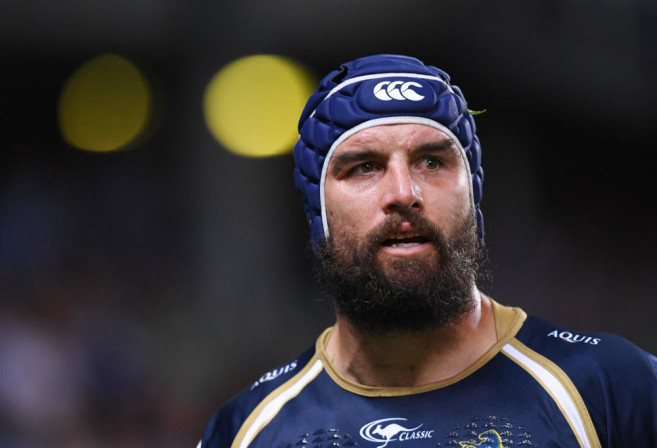 The 2001 Super 12 final, which 16 years later still makes me think of Butch James as the ultimate bastardly boogie man, and the 2004 thriller with the Crusaders cemented their standing.

While this status as favourite sons of Australian rugby is well-deserved, the elephant in the room ahead of their home final against the Hurricanes is of course the fact that based on form, no Australian team deserves to host a final this season.

These finals used to be a regular occurrence at Bruce Stadium (still the best name for it), with sell-out crowds and a frenzied atmosphere, and the build-up to this weekend feels like a facsimile of those glorious finals of the past. It’s like seeing the cover band of your favourite band – slightly fatter, hair not as good, singing slightly out of tune and way more middle-aged dudes in the crowd than you remember.

But like watching those cover bands, the songs remain the same, and in this case I will be watching and cheering on the Brumbies this Saturday. Not only because I desperately want an Australian team to break the winless duck against New Zealand teams this year, but to give Australian rugby fans something to rally around pre-Bledisloe Cup.

It might not be enough, but it’d be good to get back the feeling that Canberra is one of the most important rugby locales in the country, and the fulcrum of Wallabies success.