Should Orica-Scott have done more to keep Michael Matthews?

Michael Matthews will have to fall off his bike not to ride into Paris on Sunday wearing the green jersey.

He will be the first Australian to win the prestigious sprinters’ jersey since Robbie McEwen in 2006. He will also become only the third Australian to wear green onto the Champs Elysees.

Matthews, at 26 years old, still has not hit his prime, so it is unlikely to be the last time he will celebrate a points classification jersey at a Grand Tour.

It is not hard to think that if things had gone differently in 2016 or Orica-Scott objectives did not change, then Matthews could have been celebrating in the Aussie team’s jersey and not Team Subweb.

Matthews is one of Australia’s best and most exciting cyclists. He won the under 23 road race championships in Geelong in 2010 and won a WorldTour stage race in his first year (Tour Down Under in 2011).

Matthews’ potential and early career results were the reasons Orica-GreenEDGE Cycling (Orica-Scott) signed him on a multi-year contract from Rabobank for the 2013 season. At the time, Matthew White, Orica-Scott’s race director, said Matthews had untapped potential for the future.

It did not take long for Matthews to repay Orica-Scott, winning several stages in the Vuelta de Espana and also briefly holding the green jersey in his first year. But the big break occurred in 2014, when he was part of the winning team to take out the team time trial at the Giro, sending Matthews into the leader’s jersey.

He held that jersey until stage seven, after winning his first individual stage – stage six. Matthews followed up in 2015, winning again at the Giro and also finding himself in the maglia rosa.

Even though Matthews was a prodigious talent, things started to unravel in late 2015, as a damaging rift developed between himself and Simon Gerrans at the world road championships in Richmond, USA.

A race that Matthews thought he could have won if the Australian team worked for one rider rather than being split between Gerrans and himself, in a post-race interview with Cyclingnews.com, Matthews openly criticised his older teammate. Matthews felt at the time that if Gerrans had worked for Matthews, he could have beaten Peter Sagan.

From the fan’s perspective, Orica-Scott did not manage this rift well. Management gave both riders different race programs, hoping that time would heal old wounds. Both riders finally found themselves on the same team by the Ardennes Classics, where old wounds opened quickly and their lack of cohesion was clearly on display during the Amstel Gold race, even though the team put both riders in a potentially winning position.

Rumours of the rift continued right through to the Tour de France and during the race itself. There were doubts whether team management would even select both riders.

Orica-Scott has been one of the leading teams since joining the WorldTour in 2011. It has had enormous success at one-day races and the shorter stage races, with riders winning key Spring classics, like Paris-Roubaix and Milan-San Remo, and stages at each of the Grand Tours.

Esteban Chaves and the Yates twins showed their general classification potential as race leaders throughout the 2016 season. In fact, Chaves lost the maglia rosa on the penultimate stage because of a stunning ride by Vincenzo Nibali, the eventual winner.

After narrowly missing out on winning the Giro, management started to think that GC success was just around the corner. The team was no longer satisfied by just winning stages at the biggest races of the year, seeing objectives for 2017 and beyond shift.

The ultimate goal was to win a Grand Tour and, in particular, the holy grail – le Tour de France.

Preparations for a full tilt at the Tour started in August 2016, with the recruitment of riders that were strong domestiques to support Chaves and the Yates twins.

Matthews was certainly aware of the changing direction. He also would have been aware of the problems that Mark Cavendish faced at Team Sky when he wanted to win the green jersey while the team was focused on Bradley Wiggins’ yellow jersey ambitions.

Rumours swirled around the 2016 Tour de France that Matthews was leaving Orica-Scott. The on-going rift with Gerrans and the team’s Tour ambitions would have restricted Matthews’ opportunities in 2017. Orica-Scott did not have the depth to support his green jersey ambitions and attempt to win the GC title with Chaves.

On 4 August 2016, Giant-Alpecin (now Team Sunweb) announced it had signed Matthews on a three-year contract. In the press release, Matthews alluded to the lack of support and cooperation that he experienced at Orica-Scott. “I have always admired the way the team [ed. Team Sunweb] approaches the sport as a team sport; the stronger and the better we can have the team as a collective operate and perform, the better the opportunities for success the leaders have for the finales of races,” Matthews said. 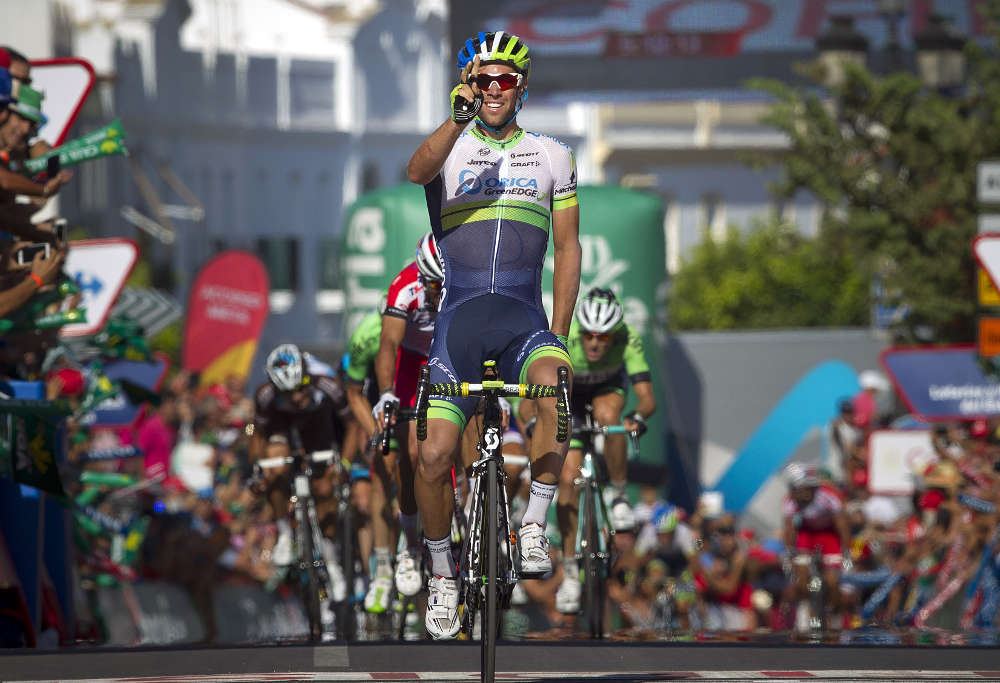 Matthews even told Velonews after his tour de France stage 14 win that he had to leave Orica-Scott to search for opportunities, saying, “I changed to this team, Sunweb, was because they were willing to give me a lot of guys to support me in races like this.”

Matthew went on to say that “Orica had different goals, so I decided to come here where I’ll get a lot of opportunities.”

Unfortunately for Orica-Scott, its lofty ambitions have fallen well short in 2017. They only won one stage at the Giro and look like coming up empty at the Tour de France.

Orica-Scott has never really threatened the GC standings at the first two Grand Tours of the year. The team directors and management will no doubt complete a review to analyse what went wrong at the end of the season. Based on the results of the first two Grand Tours, the team has a lot of work to do before it will be capable of winning the Tour or the Giro.

In hindsight, fans and sponsors will question whether Orica-Scott’s pursuit of Grand Tour success came at the expense of other achievable objectives, like stage wins and classification jerseys. It could have been Orica-Scott winning the green jersey with Matthews, giving sponsors huge exposure.

What was the rush for Orica-Scott to win the Tour? Many teams in the peloton are fully aware that they cannot win such a prestigious race, so they focus on stage wins and classification jerseys. Teams like Bora-Hansgrohe, UAE Emirates and Team Dimension Data focused on such smaller objectives.

The search of a Grand Tour victory by Orica-Scott would have been different if they were trying to put an Australian on the top spot of the podium, but none of the potential GC candidates are from Australia. It seems strange that an Aussie team with no principal sponsors from England or Colombia would be throwing the kitchen sink at trying to win cycling’s biggest prize.

It seems Matthews was sacrificed by the team in the search for the holy grail of road cycling. But, so far, it is only Michael Matthews that is cheering at the end of July.