Justin Gatlin, drug cheat or one of the great modern day sprinters?

Given the constant booing that was directed at Justin Gatlin by the London crowd at the 2017 World Athletics Championships – when he was introduced before races and after winning the 100m (beating Usain Bolt) – should Gatlin be treated as a drug cheat or respected as one of the greatest sprinters?

While Usain Bolt rightfully ranks as one of the greatest sprinters of all time, winning an unprecedented 13 global 100m and 200m titles since 2008, the following table shows that Gatlin also has an imposing global championship record – winning ten individual medals (including four gold).

While we all have a unique right to express our judgment, I don’t believe that any athlete should be booed after serving a drug ban and being allowed by the relevant sporting organisation to compete again.

After all, given the high number of global sprint medalists that have been banned for taking illegal drugs in recent years, he was never alone. One has only to recall the banning of other Olympic/world sprinting champions including Marion Jones, Konstadinos Kederis and Tyson Gay.

Gatlin’s 2017 world championship 100m success is an outstanding achievement for a number of reasons.
First, Gatlin’s 2017 100m victory at the age of 35 is a staggering achievement in an event which ranks as one of the hardest and prestigious of all sporting events to win.

Gatlin’s victory is also remarkable on the basis of winning two global 100m titles 13 years apart, arguably one of the greatest feats of successful sporting longevity in such an explosive sport.

At the international level, Gatlin was also subjective to extensive IAAF testing by competing very often in the Diamond League, a series of events throughout the season (mostly in Europe). Gatlin won the Diamond League for the 100m in 2013, 2014 and 2015.

In contrast, some of the world’s top track stars compete sparingly on the circuit, preferring to stay at home in order to prepare for global championships.

While some express anger at Gatlin’s life ban (for two failed tests) being reduced to four years because of cooperation with authorities and the first positive test in 2001 (amphetamines) due to medication he had taken since childhood to address attention deficit disorder, it is not Gatlin’s fault that he was allowed to compete again.

Gatlin’s major crime was that he indeed was caught for illegal drug use when so many others were not, including in countries with far more relaxed or non-existent drug testing systems.

Despite the British public being one of the best informed about illegal drug use in sport, very little adverse reaction is evident towards other track stars that have won global medals from countries where adequate drug testing regimes are almost non-existent. 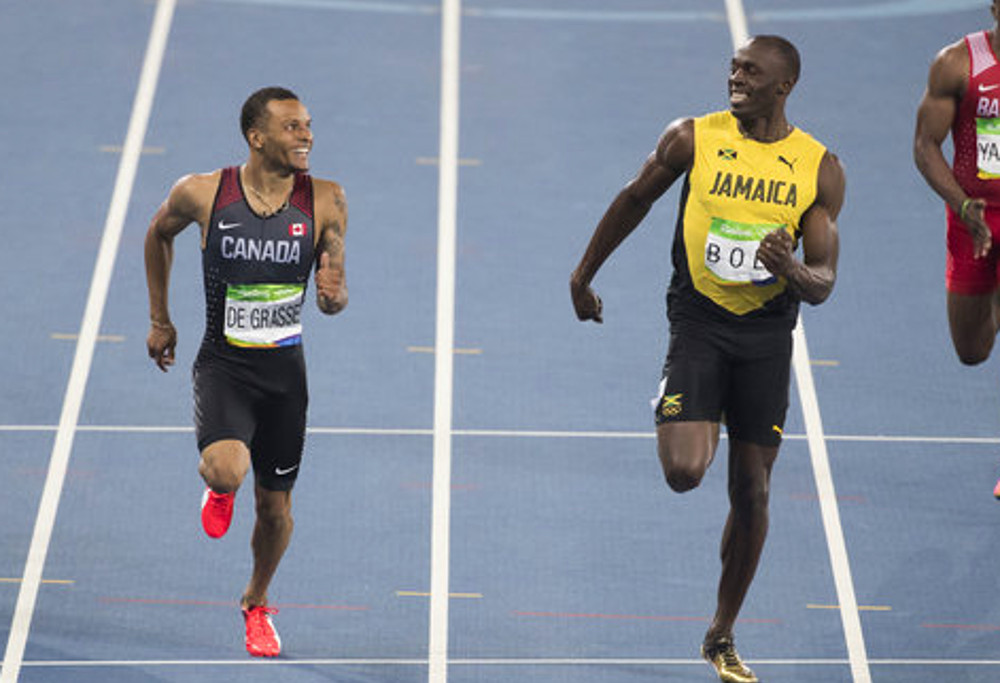 In February 2016, at a time when the World Anti-Doping Agency (WADA) put Kenya on probation for failing to tackle PED use, despite over 40 Kenyan athletes testing positive since 2012, it was reported that Kenyan athletes were still being advised of drug tests a day or weeks before, thus allowing offending athletes not to turn up to testing times.

In August 2017, an investigation of Ethiopia’s lax drug testing regime found that reporters could buy the blood-boosting drug EPO freely without a prescription from a pharmacy during the Ethiopian championships (May 2017); that data offered by Ethiopian drug testing authorities about the number of tests for the Ethiopian championships was dubious; and that a highly successful Ethiopian athlete admitted taking EPO before one of her biggest victories in Europe several years ago.

Relevant to the Gatlin story, with Jamaica having very few out-of-competition for six months before the 2012 Olympic Games, with blood tests only beginning in Jamaica during 2015, the International Olympic Committee and WADA were accused of choosing to take no action over the presence of banned PEDs (including by male Jamaican sprinters) after reanalysis of samples from the 2008 Olympics.

While WADA stated that low levels of clenbuterol results from the ingestion of contaminated meat, a former supplier of banned substances to top athletes (Angel Heredia) stated that Jamaican coaches had contacted him prior to the 2008 Olympic Games to enquire about whether clenbuterol was “good for sprinting”, and that he was “100 per cent” certain some Jamaican athletes used it at the Games.

Not surprisingly, while many in the London crowd targeted and booed Gatlin, preferring to assume innocence for all other champion competitors who had never been caught, others felt obliged to provide some sanity to events.

Immediately following the 100m final at the 2017 world championships with the crown booing Gatlin, Bolt stated of Gatlin “he is a great competitor. I’ve always said that about Justin Gatlin. You have to be at your best and I wasn’t and that’s what I respect about him because he competes and I really appreciate competing with him. “He’s an excellent person, as far as I’m concerned. He’s good at it and just a good person”.

Gatlin also indicated that Bolt immediately offered “congratulations” and stated, “You don’t deserve all these boos”.

Gatlin’s legacy, while being remembered for being caught on illegal PEDs (notably testosterone or its precursor in 2006), should be one of considerable success and an immense determination that enabled him to win global championship medals over a fourteen year period.

To win a 100m global championship at the age of 35, against one of the greatest all-time sprinters (Usain Bolt) and a London crowd booing your mere presence, is an extraordinary sporting feat.

Runners live their lives by the stopwatch. Perhaps, in its own way, an accelerated metaphor for the heart-drumming business of life.