Eels coach Arthur's theme - keep finding someone to do the job

Parramatta are the most intriguing team in the NRL right now, but just how far are they capable of going in this wacky competition?

Right through to the grand final, from where they would provide stiff opposition for whichever team is at the other end of the field.

That other team should, of course, be Melbourne. They are clearly the benchmark. But while it’s hard to see anyone beating the Storm for the title, that’s why they play the games – because at the end of the day anything can happen.

I thought the Eels were gone as legitimate contenders once Clint Gutherson went down with a season-ending injury late in their Round 20 win over Wests Tigers.

He had been clearly their best player this season and had performed so well he was right in the running for the Dally M Medal at that stage.

But they have powered on in his absence, with a fantastic, come-from-behind win by 28-14 over Brisbane and a professional demolition of Canterbury, 20-4.

Parramatta would obviously love to still have Gutherson available, but the point is they have adjusted well in his absence, with Bevan French lifting in his return to fullback from the wing.

Elsewhere, Mitchell Moses looks more and more comfortable every week at halfback and his understanding with five-eighth Corey Norman keeps getting better.

Moses and Norman destroyed the Bulldogs with brilliant kicking games in the wet.

Cameron King is doing all that can be reasonably asked of him as he fills in for the injured Kaysa Pritchard at hooker and lock Nathan Brown continues his welcome evolution.

Brown was ill-disciplined before he joined the Eels, but coach Brad Arthur has found the key to him and he is producing a superb blend of toughness and skill on a consistent basis.

What Arthur is doing with players like French, King and Brown in these situations is so similar to the results Melbourne coach Craig Bellamy has often achieved with players in similar scenarios. That’s no surprise, since Arthur rose from the Storm coaching ranks. 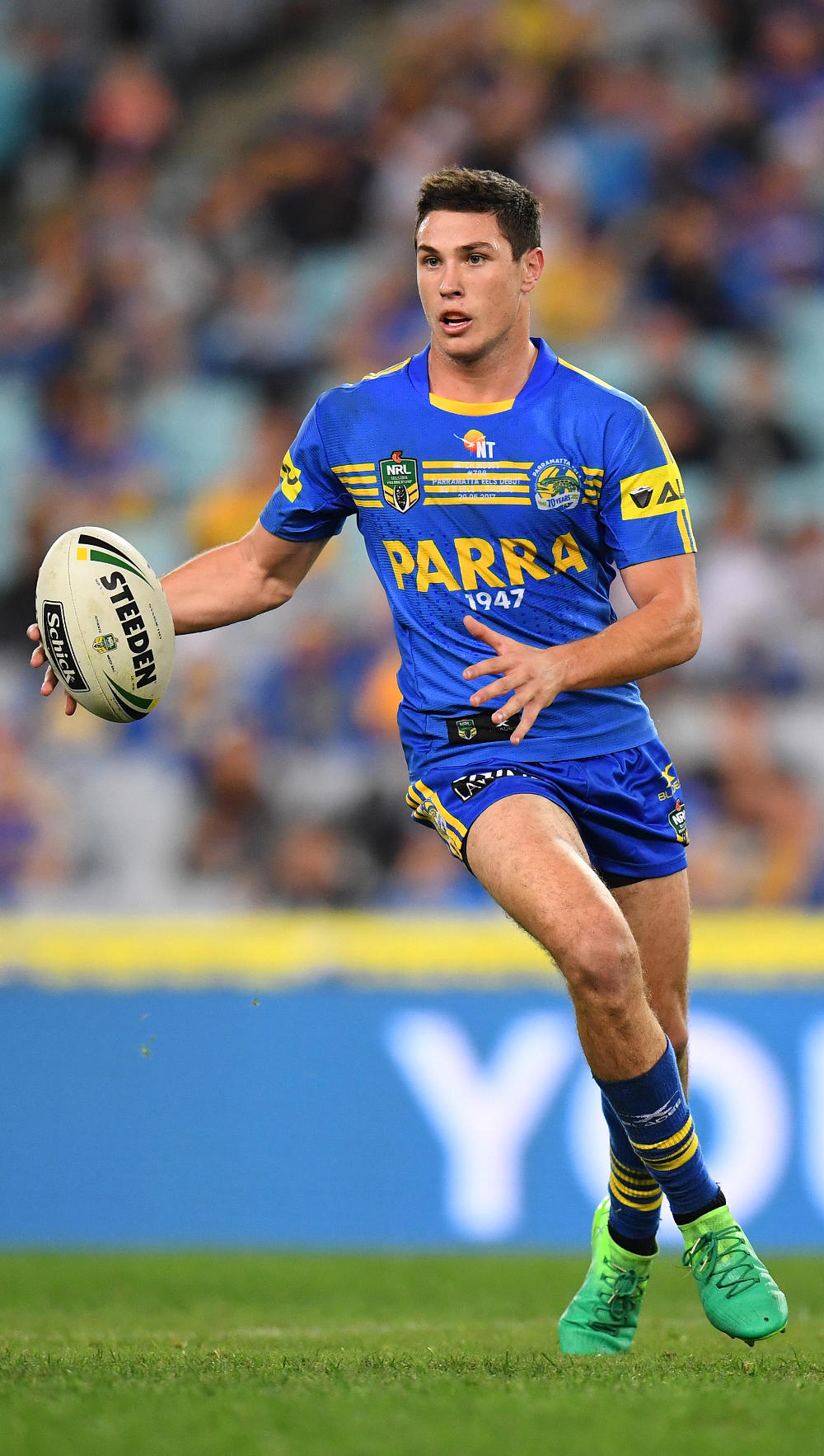 Arthur has learned well from Bellamy and employed his own beliefs and systems on top of that. As a result, Parramatta have risen from being a club that was last year hammered with penalties by the NRL for cheating the salary cap to this season being possible premiers.

The Eels are in fifth place, on 30 points going into Round 23, but if they keep their wits about them they should be in the top four coming out of it.

They are at home to Newcastle in the early game on Friday night and, even allowing for the determination being displayed by the Knights of late, if the Eels are on their game they’ll win.

Then, in the Friday late game, third-placed Brisbane are at home to fourth-placed Cronulla, and both those teams are also on 30 points. The math is simple, even for me.

The Sydney Roosters are the team that need to be concerned at the moment. The fact they are in second place, on 32 points, smacks more of the inconsistency of a lot of the other teams in the top eight rather than any particular brilliance from them.

And now they have to go to Melbourne to play the Storm on Saturday.

The Roosters get stars Jake Friend and Boyd Cordner back from injury, and the team really need to show something major after last weekend’s horrible capitulation against Manly.

The battle for the other all-important top-two spot alongside almost-certain minor premiers Melbourne is wide open. Looking at the draw, Parramatta have got a great shot at getting it.

Newcastle at home, followed by Gold Coast at home, Brisbane away, and South Sydney at home.

That Round 25 Broncos-Eels clash is shaping up as being massive in terms of positions, as will the Sharks-Roosters clash on the same weekend.