Just days after the completion of the 2017 edition of the Tour de France, The Daily Mail, an English newspaper, exposed the huge pay gaps between professional male and female cyclists.

The article ran just weeks after the BBC uncovered a huge gender pay gap between their top stars.

Gender pay disparity is a very topical issue across the globe. It is seen as society undervaluing women and remains a serious blight, impacting most cultures.

Women’s treatment in sport has always been a function of wider gender inequality in society. Women have in the past suffered from fewer opportunities to play sport, had to endure poorer facilities, were objectified on the field and had inadequate coaching.

Pay inequality just adds another limb to the constant problems that women face in sport. Who can forget the then world number one tennis player Novak Djokovic commenting that male tennis players deserves more money because the spectators love them more?

Times are changing. The US Tennis Open was the first tennis major to introduce equal pay among the sexes in 1973. It then took 28 years for another grand slam tournament to breach the glass ceiling and bring the prize money for men and women into alignment.

So it was not surprising that The Daily Mail splashed across their pages the huge prize money disparity between the men and the women that participated at the Tour de France and women’s La Course.

The men’s prize money for the Tour de France was around £2 million while the women’s race, La Course, was less than a measly £25,000 or around 1.25 per cent of what male cyclists received.

While the article was factually correct, it was far from being balanced. The journalist at The Daily Mail only zeroed into one factor behind the huge gap – women only race over two stages compared to 21 stages for the men.

But there are other factors behind the disparity that were not pursued. These include limited media coverage, low income from broadcast rights and limited sponsorship dollars.

After the La Course race, Britain’s Lizzie Deignan from team Boels Dolmans, ‘who was the top earner with £8,500, complained the women were made to feel like “a bit of an afterthought” by ASO, the organisers of both races.

‘At first I was like “what are we a circus?”,’ said Deignan to The Daily Mail. She went on to tell The Daily Mail that “there needs to be changes in modern cycling. We got exposure today but it’s not where it needs to be – behind the scenes, in terms of logistics, we were left wondering what was going to happen at times but I enjoyed the crowds. It’s not something we get that often.”

The journalist missed the point of the quotes from Deignan, which were targeted at the new course and the number of stages being increased to two. Many women participants were not impressed that the course was moved away from the Champs-Élysées where they were welcomed by huge crowds and extended media coverage.

Deignan comments were less about the wage or prize money parity, but more to do about the course.

These two issues are common problems in women cycling. In fact, women cyclists on the professional circuit have been asking for three things for a long time: the same course as the men, the same media coverage and financial parity.

Unfortunately there is no minimum wage that need to be met by UCI-registered women’s team. This is likely to be the case for several years while the UCI continues to improves its racing calendar and ensuring there is more stable financial base for teams and race organisers. The UCI does, however, set minimum prize money for sanctioned events, which is also substantially less than men’s races.

As Anne-Marije Rook pointed out in her 2016 article in CyclingTips, an online cycling journal, unless you are a high provide female athlete like Marianne Vos, the majority of female cyclists on the WorldTour support themselves with a part-time job, a supportive spouse and/or frugal living.

The Daily Mail is part of the problem, not the solution by shining a blowtorch just on pay disparity.

If the paper really wants to help close the financial gap than it should become an advocate for women’s cycling and provide comprehensive coverage of female cycling events on its main pages. But like most media companies, to often its cycling commentary is an afterthought and a poor second cousin to its comprehensive football and cricket coverage.

Everyone recognises that there is a gap in prize money, and it needs to closed. Everyone knows that female need to be better paid. But it will take time.

The last couple of years has seen some positive movements in the prize money of women’s cycling.

The Prudential RideLondon Classique offered prize money of €100,000, the richest race in the women’s cycling calendar. Likewise, the women’s Tour de Yorkshire is one of the most lucrative races on the women’s race calendar, and according to The Guardian, the 2016 winner received a larger purse than the male winner. 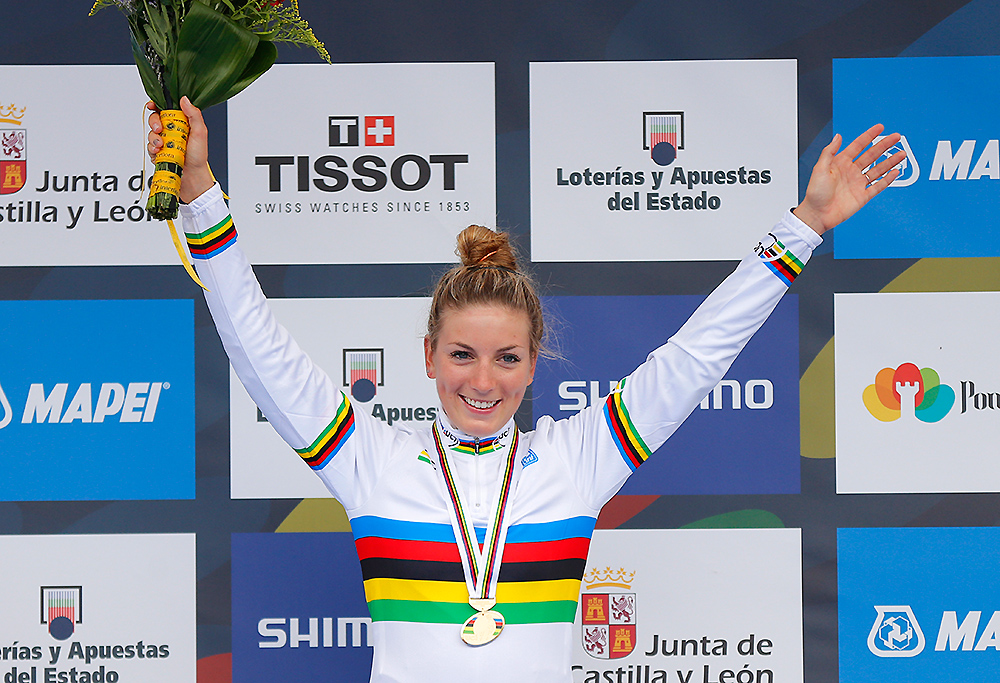 Unfortunately, it is not replicated across the women’s WorldTour calendar. The winner’s purse from the RideLondon Classique was more than 20 times the amount received by the winner of the 2017 Giro Rosa, which is a ten stage event.

What makes the difference between the UK races and the other WorldTour races that have poor prize purses? It comes down to the UK races having a naming sponsor as well as receiving comprehensive live TV coverage, both on Eurosport and free to air.

Unfortunately the majority of women’s cycling events do not have these income streams.

Forcing the cycling event organisers to introduce pay equality now is likely to have a detrimental impact on female cycling and reverse the gains that have been made since the introduction of the women’s WorldTour calendar.

With the lack of sponsorship and broadcast income for most female events, the profits of most race organisers will be reduced if pay equity is enforced or they could even make a financial loss, placing both male and female events into jeopardy.

The UCI and event organisers are aware they need to put prize money for women on a par with men’s racing. Achieving this will require increased media coverage and more commercial investment. Exactly what the UK races have in their favour. However, if race organisers can provide an extra hour of television coverage for each of the women’s WorldTour events it will open up new markets for business to invest.

The likes of The Daily Mail could also increase their coverage of all women event on the WorldTour. Not just ad hoc gender pay disparity articles.

Female cyclists are no doubt aspiring to achieve the same pay outcome as their tennis sporting colleagues. It took world tennis decades to achieve this. Cycling will be no different.

Race organisers are not in a position to deliver on these aspirations immediately. There is no magic pudding. Improving the attraction for the rapidly developing women’s cycling scene to obtain live TV coverage will take time.

Increased media coverage will show just how exciting women’s cycling is and then the commercial investment will follow. Suddenly we will see the gender pay gap start to narrow.