This could easily be one of those years when a team makes it all the way to the grand final from the bottom half of the top eight, but which team?

It’s impossible to say, because the teams occupying the four spots from fifth to eighth at this stage are all still capable – at least mathematically speaking – of finishing in the top four.

And there are two more teams currently outside of the top eight who are still a chance to make it in by the end of the 26 rounds of the regular season.

That’s the thing. The top eight – apart from clear leaders Melbourne – is so compressed we can’t be sure what we’re going to end up with in terms of order with at this stage.

The Storm, the obvious benchmarks, are six points ahead and also have a tremendous for-and-against differential of plus 181.

Second-placed Brisbane are the only other team with a differential topping the century. They are plus 160.

The way it is this season, with not much difference in quality between so many of the teams in the running for the finals, there might end up being little difference – in reality – between the team that finishes, say, third, and the one that finishes sixth.

Then it comes down to what sort of momentum you’ve got going into the finals, what your situation is in terms of injury, and the bounce of the ball and the decision-making by the match officials on the day.

Obviously it would be a massive shock if the Storm didn’t win the minor premiership from here. They would have to lose all three of their remaining games and the Broncos win all three of theirs for that to happen.

Like the Broncos, third-placed Sydney Roosters are on 32 points, but their differential of plus 62 is a whopping 98 points inferior to that of Brisbane and 119 short of Melbourne.

The Broncos and Roosters are locked in a battle of their own. Second and third play each other in the first week of the finals, and if it’s Brisbane and the Roosters filling those spots then the lower-ranked of the pair is going to have to face the disadvantage of travelling interstate for the game. 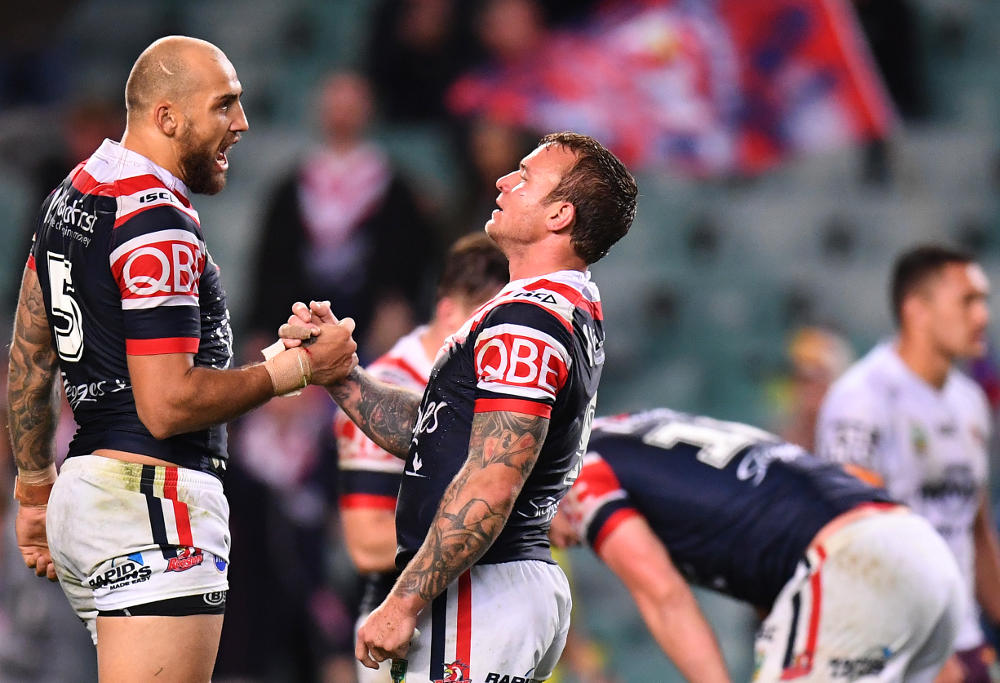 But, as unlikely as it may seem, it’s still possible for the Broncos – and, so, the Roosters and fourth-placed Cronulla – to actually miss the top four and finish in the bottom half of the eight.

Fifth-placed Parramatta had the chance to move into the four last week, but blew it when they lost a home game against last-placed Newcastle.

But, again, the compressed nature of the table means the Eels can still get there and the result of their Round 25 away game against Brisbane is going to mean a lot – to not only those two teams but also others around them.

Penrith have made a strong late-season charge into sixth place, with the chance to finish top four if they keep winning.

Seventh-placed Manly, defensively fragile, and eighth-placed North Queensland, finding it tough as the absence of Johnathan Thurston finally kicks in hard, look like weak links and their stumbles have helped bring ninth-placed St George Illawarra and tenth-placed Canberra back into the contest.

The Raiders would make a few teams nervous if they squeaked in and their home game against the Panthers on Sunday is another clash that is critical in terms of positions.

The way those two teams play and with so much riding on the result, that shapes as the match of the round.