The real shame in Mayweather versus McGregor

One of the greatest super-fights in the modern era of boxing is set to take place at the T-Mobile Arena in Las Vegas, Nevada, in the coming weeks, with a match-up that has been demanded by boxing fans for years.

This bout no doubt promises to deliver on what a true blockbuster sporting event should be – two athletes at the top of their profession squaring off against one another to find out who the greater competitor really is. On this occasion, which is a much-needed shot in the arm for boxing as a whole, we could witness one pugilist earn their 50th professional career victory.

Three weeks prior to that mouth-watering contest, ‘The Notorious’ Conor McGregor (0-0-0, 0 KOs) will step into the ring to make his professional boxing debut against one of the greatest boxers of all time, Floyd ‘Money’ Mayweather Jr (49-0-0, 26 KOs).

Let me set the record straight: I’m not against the Mayweather versus McGregor event taking place. Will I be watching the fight? Yes. Do I think it’s going to be a competitive match-up? No.

Mayweather Jr and McGregor, along with their teams, are highly intelligent businessmen who know how to sell both a fight and themselves and, above all, how to make money. They are also immensely skilled elite athletes who will surely put on an intriguing contest when 26 August rolls around; however, with no world title on the line, Mayweather Jr on the decline and McGregor undertaking his maiden foray into the sport, it’s not the fight that should be getting all of the limelight.

Three weeks later at the same venue the Canelo versus GGG rivalry will finally come to a head, and although Anthony Joshua’s crushing 11th round knockout victory over Wladimir Klitschko back in April was a tremendous display of what boxing has to offer, I’m backing this fight to live up to the hype and become the standout fight of the year, if not the greatest night for boxing in recent history.

It will see two incredible fighters, both currently in their prime, pit themselves against each other in a sport that they have dedicated their lives to since they were children to establish who will be crowned the true unified and undisputed king of the middleweight division. 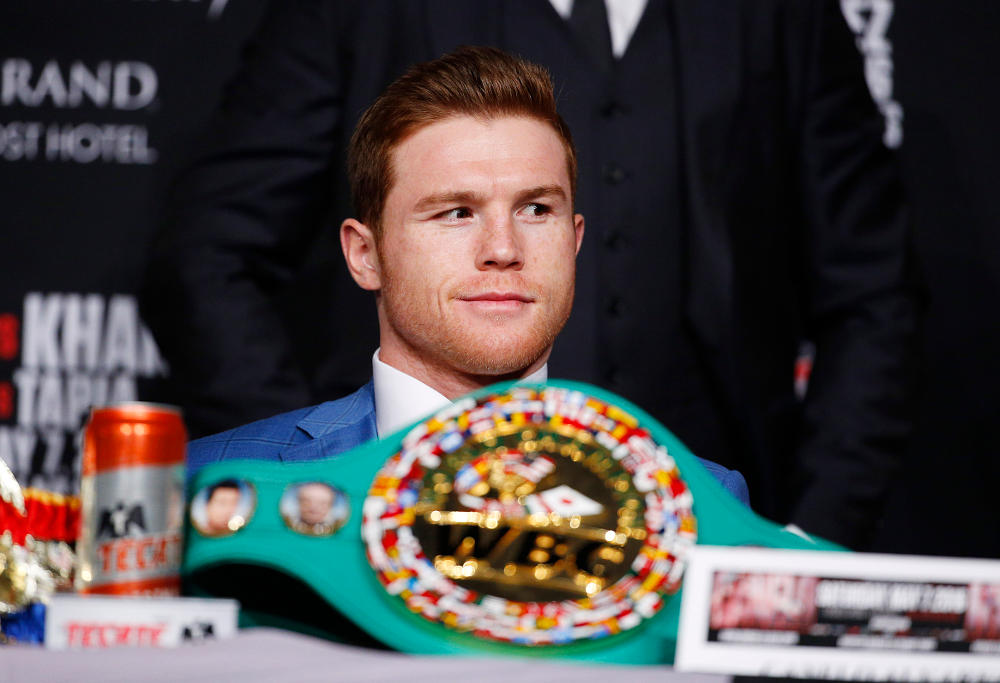 They are also both especially entertaining fighters inside the ring, with Golovkin having produced 33 stoppage wins through his 37 professional bouts and Alvarez recording 34 victories inside the distance of his 51 encounters. With both fighters having won multiple world championship belts, GGG remains undefeated, while Canelo’s only defeat came, ironically, at the hands of Mayweather Jr in September 2013 via majority decision.

On the other hand, McGregor sports a record of zero fights, zero wins and zero knockouts in the boxing ring. In mixed martial arts (MMA), he does tally an impressive 21 victories, with 19 of those coming inside the distance, along with three defeats, which also came before time. However, MMA is a completely different sport to boxing.

Mayweather Jr proudly wears his 49-0 record, of which 26 of those victories came by way of knockout, and he is also a five-division world champion who has collected 15 major world title belts. During an amateur career in which he is believed to have amassed 84 victories inside the square circle before turning professional later that year, Money also earnt a bronze medal for the USA at the 1996 Olympic Games in Atlanta.

That McGregor can be expected to give his American opponent a tough night’s work on 26 August is just not plausible to me. The UFC star lacks the experience and the skill set to trouble someone of Mayweather’s calibre – in boxing, that is. If the fight were to take place under MMA rules, McGregor would surely dominate, but it’s Queensberry rules.

Looking at the names on Money’s record, he’s beaten everyone who has been put in front of him. The list includes numerous world champion and hall of fame boxers, such as Manny Pacquiao, Ricky Hatton and Oscar De La Hoya, who lived and breathed the sport of boxing from a young age. If those men were unable to hurt him, surely McGregor cannot.

In my eyes, the Irishman relies solely on the awkwardness of his own unpredictable style along with the hope that at 40 years of age his rival’s skills have diminished considerably.

Somehow, though, this fight is the one that continues to hold the media and public’s attention, with people from all walks of life gathering for it. The reason for this is because both fighters are far superior when it comes to self-promoting, whereas Mexican Alvarez doesn’t speak English and Kazakhstan native Golovkin prefers to let his actions in the ring do the talking.

For me the most disappointing aspect is the fact that what promises to be a landmark occasion for boxing on 16 September has been overshadowed and is in danger of sailing by unnoticed by casual and would-be fans due to the money train and media circus that is Mayweather versus McGregor.