The back-row, or loose forwards, are absolutely key when it comes to both dominating the breakdown – and therefore both securing possession and slowing down the opposition’s possession – and in forward ball-carrying.

Since the 2015 World Cup the Australian back-row has failed to do this, largely because the balance has been thrown out by poor selections from the national coach.

Michael Hooper
Michael Hooper is extremely fast and his excellent ball skills mean that he can seamlessly insert himself with the backs on attack. In defence, Hooper makes a lot of tackles, and, due to his speed, can achieve turnovers before the opposition’s forwards arrive.

Thus, he is more often used out wide playing a looser game where he can attack from quick turnover ball and achieve turnovers when the ball becomes isolated from the opposing forward pack.

Partially due to being on the small side for an international number seven, Hooper struggles to have the same impact in rucks with heavy opposition traffic. He struggles to clean out larger forwards and is at times easily dislodged by bigger opposing forwards.

Because of the lack of impact his six and eight was having at the breakdown, Hooper was forced into attempting turnovers against New Zealand in heavy traffic, was unable to do so, and was penalised accordingly. When forced to play in tight and without strong forward support, Hooper looks like a very average player.

As Hooper is Michael Cheika’s captain, he will be starting every match. Therefore the six and eight need to be selected with this in mind. In order for Hooper to play this lose game effectively he needs an imposing six and eight. 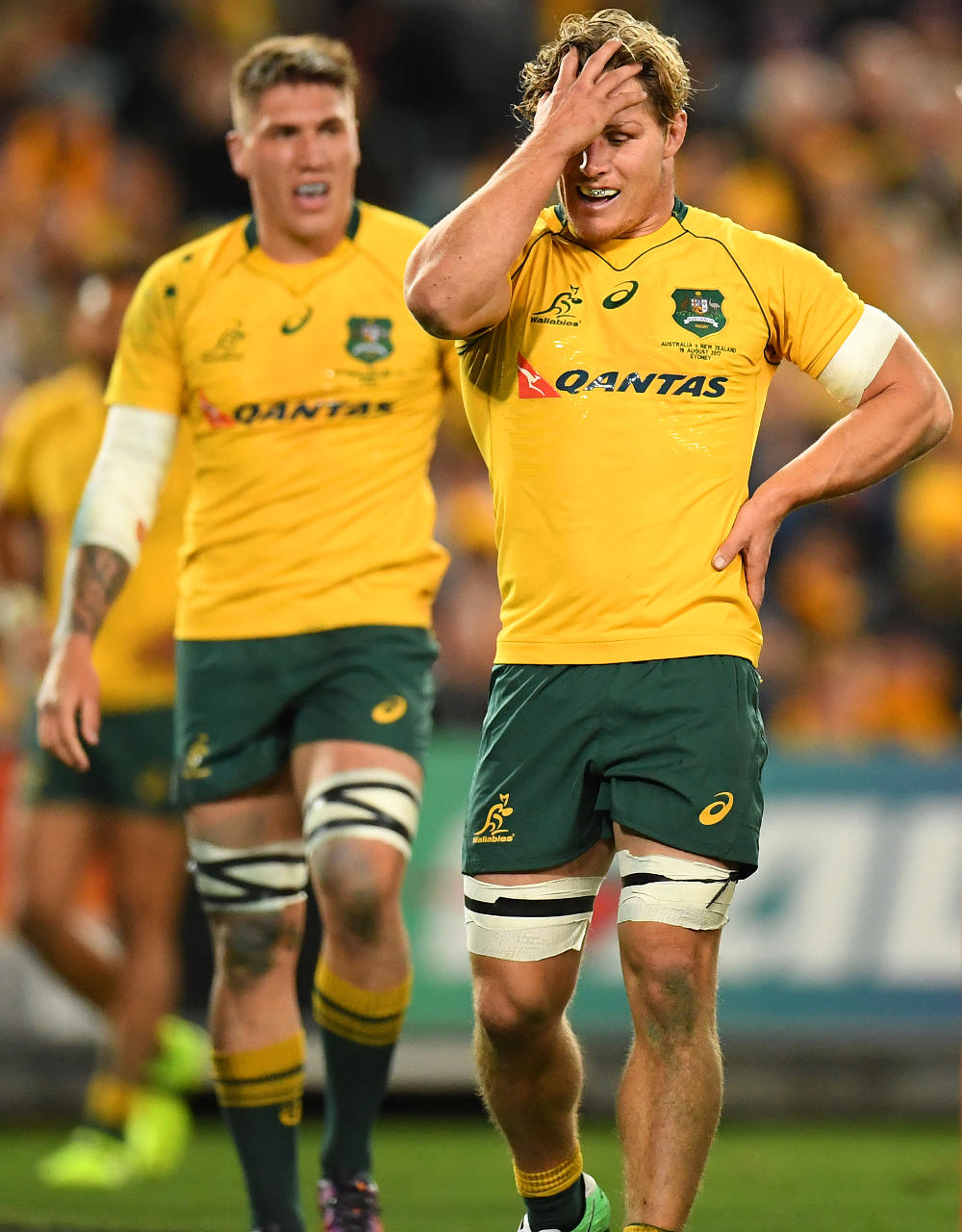 Ned Hanigan
Ned seems like a nice enough guy, but he is not ready for international rugby.

He is a good line out option and a decent defender, but his ball carrying is extremely weak – on the weekend he carried three times for zero metres gained. This is continuing a poor trend for Hanigan, against Scotland he ran eight times for 15m and against Italy he ran three times for 3m.

Additionally, and most importantly, his rucking work is just non-existent. On the weekend Hanigan attempted to clear Brodie Retallick out and failed to dislodge him at all. Thus, the All Blacks won a penalty on their 5m line and were out of trouble.

Ned needs to be sent back to club rugby, Super Rugby and the gym to get stronger before he can be considered being selected for the Wallabies again.

He is not a strong line-out option, and his abilities at the breakdown are the poorest element of his game, with his ball-running in the tight being his strongest.

Given that Hooper will be starting at seven, McMahon either starts on the bench or drops out of the team.

Additionally, he has been injured the majority of the year and is going overseas anyway, he should not be considered going forward.

Scott Fardy
After David Pocock, Fardy is Australia’s best forward at the breakdown. He is effective at both stealing and slowing down opposition ball and also at cleaning out in the tight. This is especially important when it is considered that Hooper plays looser and when he plays tight he is not as effective at the ruck as other number 7s.

Fardy is also a strong defensive organiser, has proven abilities at Test level and is a line-out option.

Although he tends to give away a few penalties he provides a net gain. He is Australia’s form number six but was overlooked by Cheika.

If Fardy can be enticed into doing so, he should be flown in to join the Wallaby squad ASAP. 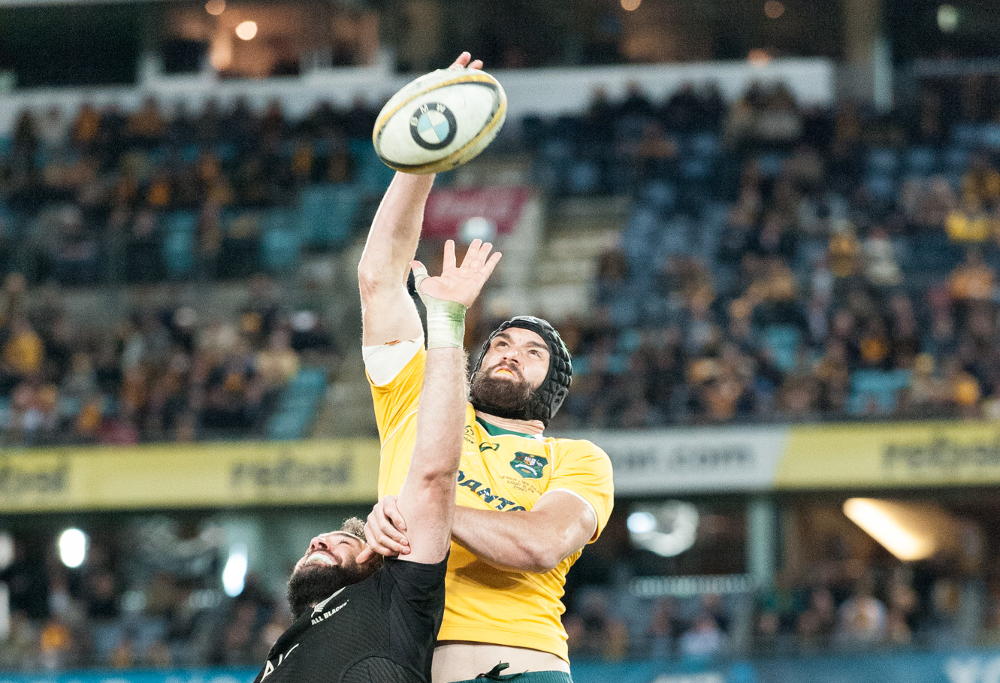 Although his natural game is playing looser (like Hooper) he is capable of playing tighter when required, is Australia’s best loose forward in the line-out and no forward is capable of drawing in defenders and offloading like Higginbotham. For that reason he is a strong bench impact player.

Lopeti Timani
Timani does not quite have the impact in attack that one would expect given his size. He plays very tight, however, and is capable of clearing rucks like no other Australian forward. Therefore, he and Hooper compliment one another’s weaknesses.

He puts in big hits in defence and is a secondary line out target.

Ross Haylett-Petty
Ross has mongrel that has not been seen in Australian six since young Rocky Elsom. He is a big and powerful lad capable of making metres in the tight, is very strong defensively and puts in dominant tackles. He is tall and a strong line-out option.

He is, however, very inexperienced and prone to brain snaps and silly penalties. He should have been blooded in the June Tests but was overlooked in favour of Hanigan. Thus, he cannot be started against the All Blacks but can be a bench option for impact late in the game.

Fardy and Timani can do the work in the tight rucks slowing down opposition ball and securing Australia’s ball, allowing Hooper to counter-attack and use his speed to pressure opponents in defence and to create mismatches when attacking.

Or, if Fardy cannot be enticed back for the Rugby Championship squad, I suggest:

Although Higginbotham prefers to play a looser game, he has more international experience than Haylett-Petty, and has proven 2017 form.

Michael Cheika, the back-row must work in tandem to become more than the sum of their parts. Players must be selected who can work with Michael Hooper and who will compliment his skill-set, rather than force him to play an unnatural game for him.