Can it be a great season without a definitively great team?

The final touches are about to be put on what some have described as one of the most even and interesting home-and-away seasons in years. What happens next?

Will Round 23 be one of upheaval, or an anti-climax that merely maintains the status quo?

Then there’s September and the serious business. Which two teams will be left standing come the last Saturday?

A declaration, for starters. I haven’t been with the majority on the exhilarating nature of this season.

Perhaps it’s indicative of a post-2016 premiership hangover: a response to an incredible fairy-tale, the like of which football had never seen.

But it’s not just that. While there were many who tired of Hawthorn’s extended period of supremacy, I’ve always liked the notion – in any field of sporting endeavour – of there being a great champion. A benchmark. And that was the Hawks.

Obviously, that stuff can’t happen year-in, year-out. This has been a flattening-out year. There hasn’t been a team single itself out from the rest. As a result, there haven’t been many games genuinely worthy of the tag ‘blockbuster’.

Looking through the teams from the top down, the Crows have been good but are still do it where great teams prove themselves: on the road.

Adelaide beat Hawthorn at the MCG early in the season when the Hawks were at rock bottom. Since then, their only scalps of note have been Melbourne in Darwin and Essendon at Etihad Stadium. On the other side of the ledger, they lost a big game at Geelong, fell short against North Melbourne in Hobart, barely beat Carlton, and shared the points against Collingwood after a stirring fightback.

Currently second are the Giants and their form remains enigmatic. Between Rounds 6 and 19, they lost four and drew two, with just one of their seven wins achieved by more than 12 points. In any other year, this would hardly be assessed as the stuff of a serious contender. Greater Western Sydney though, are a team different from any other and remain difficult to assess.

Then there’s Geelong, which played most of their biggest games at Simonds Stadium with its pronounced home-ground advantage. Most of these were won well but, recently, there was a loss to Sydney. Away from the fortress, Geelong lost to West Coast and Adelaide, and drew with GWS. Again, it’s a less than convincing CV for a September assault.

Richmond beat the Power in Adelaide and the patchy Giants, during their patchiest period, at the MCG. Otherwise, the Tigers have been admirable and consistent rather than compelling. The form-guide writers might conclude ‘prefer others at this stage’.

Port Adelaide haven’t beaten any of the teams they’re likely to meet in the finals since the opening round of the season.

Then there’s the Swans. They’re likely to go into this finals campaign having won 14 of 16 and needing four more wins on the trot to capture the flag. If they can do it, ignore my earlier comments about the competition lacking a champion team. 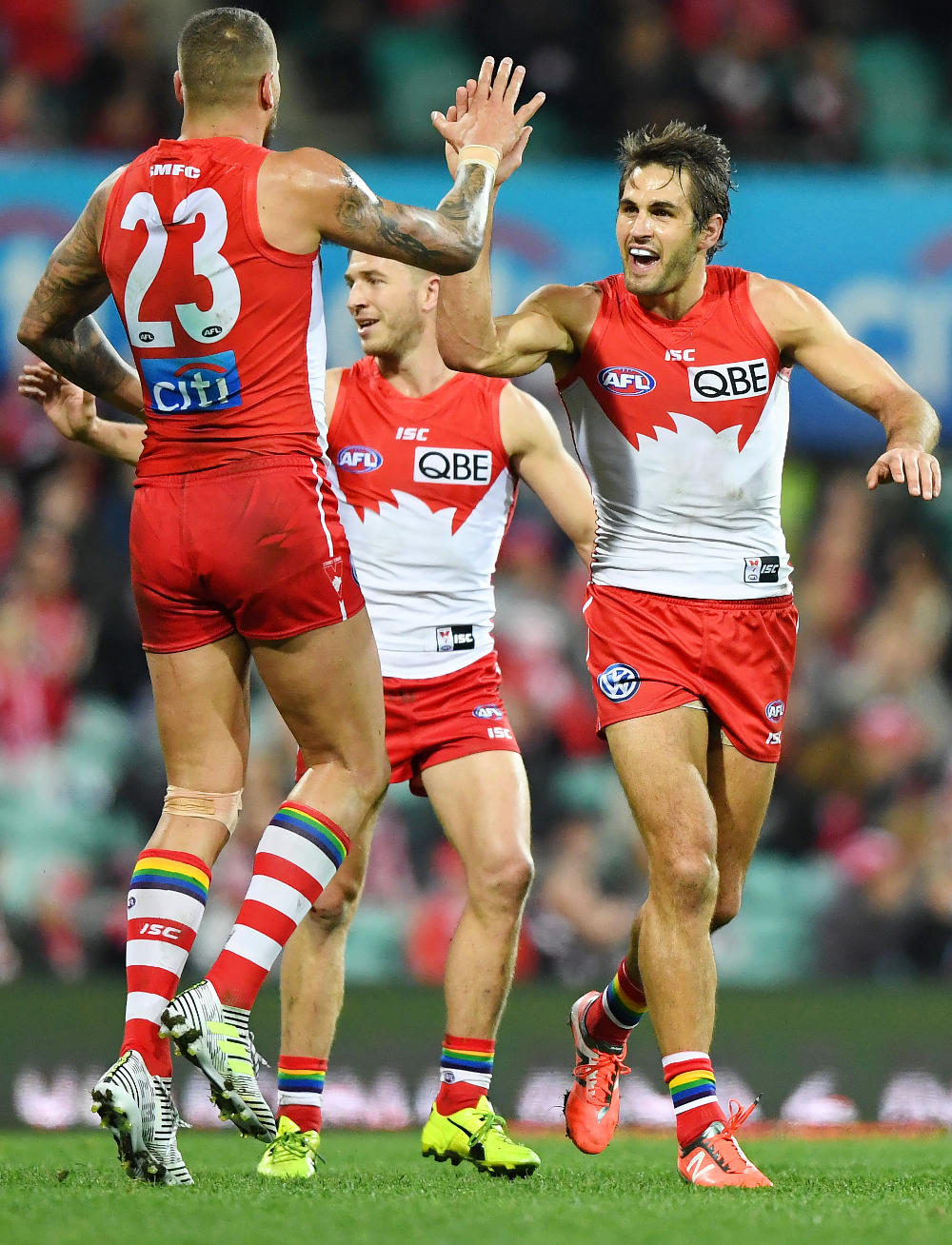 The premiership will most likely be won by one of these six clubs. In seeking to establish which two might fight it out, I’m inclined to look for historical comparisons.

Ten years after Geelong won their first of three flags in five seasons, perhaps we’re seeing the nearest approximation to that mighty 2007 outfit.

GWS are at the threshold. Last year, they fell a goal short of the Bulldogs in a preliminary final and now, in theory, they are ready. Perhaps their extended period of mediocrity this year has been due to distraction: the vision of one game and one goal. Perhaps they’ve, at times, taken their eye off the ball.

As for a likely opponent, well, the year after Geelong’s 2007 triumph, they lost a grand final to a team that wasn’t meant to win it.

Almost unbelievably, Hawthorn prevailed on the big day and the Cats had to wait another year. The next season, they simply weren’t prepared to accept anything other than victory.

John Longmire’s 2017 Swans are the modern equivalent. They, too, have recently known a grand final of dreadful unreality. If there’s a difference between their circumstances and those of the 2009 Cats, it’s that the Bloods’ frustration is doubled: there have been two grand final defeats in three years.

Call it the grand final pitting an idea whose time has come against a chronic itch screaming out to be scratched. Call it Geelong ’07 versus Geelong ’09. Or call it the culmination of a great, modern football rivalry.

The Giants versus the Swans is looking increasingly feasible as the match-up we will have on the big day. And if we get it, the AFL might consider it the grand final we had to have.