I love Aaron Mooy. He looks like he works in IT, has the technical ability of Paul Scholes, Xavi and Andrés Iniesta combined, and is clearly the Socceroos lovechild of Marco Bresciano and Danny Tiatto.

He engenders patriotic feelings in Australian football fans that haven’t been sensed since the days of Harry Kewell and Mark Viduka tearing it up for Leeds, Timmy Cahill smashing in headers from Merseyside to Melbourne, and Hayden Foxe literally pissing all over a London nightclub bar at West Ham’s 2001 Christmas party.

This is a bit of a ramble, but he is the great pale hope for the Socceroos, and despite his shy off-field nature, he has the on-field swagger and smarts to single-handedly drag Australia to the 2018 World Cup.

His goal for Huddersfield against Newcastle last weekend was the best goal by an Aussie in the Premier League since Mile Jedinak’s beautiful free kick for Crystal Palace against Liverpool in November 2014. Were it scored by someone from one of the traditional ‘big boy’ teams, we would never hear the end of it from such boring pundits as Alan Shearer and 15-year-old Real Madrid and Barcelona fans (or ‘fanboys’ as the simpletons refer to them).

One significant goal it can be compared to is Eden Hazard’s stunner for Chelsea versus Tottenham in 2016, which helped clinch the title for Leicester City that night. Both collect the ball in the opposition half, keep things ticking over by passing to a more advanced teammate and after a run into the box, the return ball arrives and they curl the ball into the far corner with inch-perfect precision.

His partnership with Bruno Fornaroli at Melbourne City was excellent to watch, and if he can replicate that level of telepathy with Tom Rogic at international level then we will be contractually obliged to come up with a nickname for the combination, less ‘bash brothers’ and more ‘our immense technical ability will stroke you to sleep’ brothers.

With winger Mathew Leckie scoring a brace on his debut for Bundesliga side Hertha Berlin, our midfield options are well stocked, which is good news because the way our forwards and defenders are going, we might have to fully embrace Pep Guardiola’s fantasy formation of 0-10-0 with Mat Ryan and Mitch Langerak playing a half each in goal. 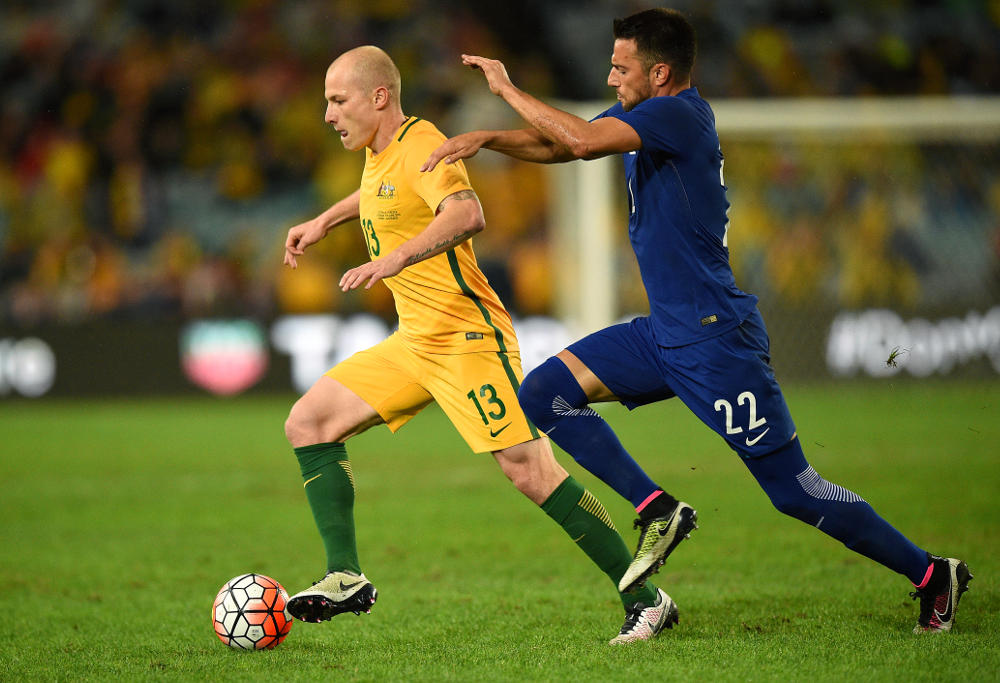 Mooy’s rise is also a welcome antidote to the many baffling and inevitably disappointing transfers to Europe that still plague some of our players, with Luke Brattan’s move to Manchester City, instant palming-off to Bolton and swift return to the A-League via Melbourne City being seen from a mile away, and the tragicomedy of Trent Sainsbury being shuffled off to Internazionale from his Chinese club to sit on the bench for five months frustrating all and sundry.

The fact that Mooy has already endured one of these disappointing European sojourns, with his time at St Mirren in Scotland showing no indication of the heights he was to hit, grants hope to everyone in a similar scenario, and it gives credence to the theory that consistently playing in the A-League every week is superior for development and sharpness than sitting in expensive racing car chairs on the sideline of a European club for 90 minutes.

Entering the prime of his career, it is absurdly exciting to see how much further Mooy can elevate his game, and as he bestrides West Yorkshire this season we must get on our knees and pray that Russia 2018 – if we bloody make it! – is when the rest of the world can love him as much as we do.