If Dustin Martin wants a premiership medallion, then he either needs to drag the Tigers over the line this year, when they shouldn’t win the flag, or re-sign.

Rumours this week have suggested North Melbourne are now offering Martin $10.5 million over seven years – $1.5 million per season, for what will likely take him to the end of his career.

When Martin first announced that he wanted to put off negotiations over his contract to the end of the season, I laughed as the media and fans kept telling Richmond to up their offer and pay the man.

His deferment had little to do with money and everything to do with Richmond’s trajectory after a poor 2016, and three first-round finals eliminations in the years prior to that.

That’s still what a lot of it’s about. However, North have now gone to obscene measures to try and present a ‘Godfather’ offer to Martin – one that he can’t refuse.

There are a number of questions though, that come with taking the Kangaroos up on their offer.

Firstly, there’s North’s current position. They’re battling it out for the wooden spoon this weekend against Brisbane, and they’re not going to be competing for a premiership in the next few seasons.

Richmond will be. 2017 is premature, but give them another consistent tall in the forward 50, and another year or two of development into the current list, and they’ll be in the mix for the next five or so years.

Second is North’s list management. If they’re spending over ten per cent of the salary cap on Martin, that’s a lot less available to pay the other 43 players on their list. Wayne Carey was right this week, when he said the amount North is offering Martin is too much to one player. It’s putting all your eggs in one basket.

Right now, Martin is Richmond’s version of Michael Jordan – great, great player, but Jordan’s greatness was assisted by those around him. So it is with Dusty – can North’s support network provide him the same as he’s getting at Richmond? Can they generate the chemistry that exists between Trent Cotchin and Martin? Do they all balance one another neatly?

Third is Dusty himself. For a media-shy personality, he hasn’t exactly been the type to avoid headlines throughout his career. Richmond have bent over backwards to help him through some of his struggles, and he’s a part of the family at Punt Road.

Does he get the same support when he’s the $10 million man at Arden Street?

Four years ago, part of the decision for clubs to not take Martin was that they knew he was at home at Richmond and didn’t have the passion to go elsewhere. From what I’ve seen of North – particularly toward the end of last year – their administration doesn’t have the same supportive attitude toward their players that the Tigers have provided Martin over the first half of his career. 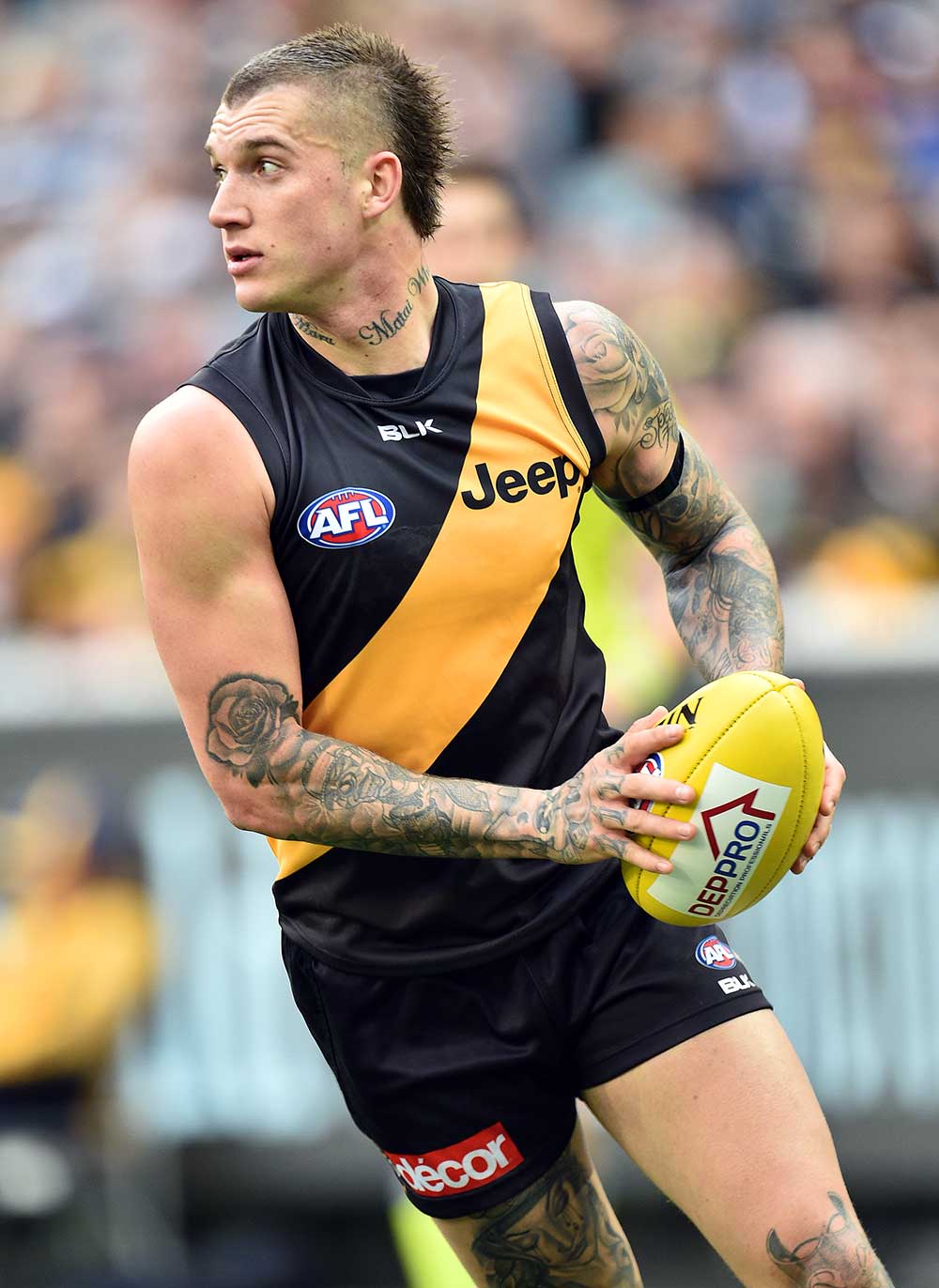 If Martin takes the big bucks on offer from North Melbourne, in seven years’ time, he’ll sit exactly where Gary Ablett sits right now – having tried and tried to carry an entire team on his shoulders, and wondering whether chasing the money was the right call.

As a final thought, Richmond supporters, don’t think it’s the end of the world if he does take the money.

Martin’s defection would be on par with Lance Franklin or Patrick Dangerfield – but neither Adelaide nor Hawthorn went backwards from the previous season after losing two of the biggest names in the league.

AFL is a team sport, and as good as one player can be, individuals don’t win flags.

If North Melbourne want to learn that lesson the hard way, then let them.