Three reasons why the Aussies will win Bledisloe 2

After a few days of brutal headlines that have torn the Wallabies a new one, people are turning their attention to the return leg of this year’s Bledisloe in Dunedin today.

Many Wallabies fans are raiding the supermarket shelves for canned goods, battening down the windows and preparing for Typhoon All Black.

Considering that first half of rugby in Sydney last Saturday, who can blame them? But before you hammer those last few nails into the barricades, let me bring you some hope.

All is not lost – there are some reasons to be hopeful that this year’s Bledisloe will have a competitive decider in game three.

Specifically, there are three reasons why the Aussies will win when they head south this weekend.

Attacking quality
A lot has been written about the horrendous defence from the Wallabies in the first half and with the score board reading 40-6 at the break it’s hard to see the Aussies as anything other than cannon fodder.

But this really was a game of two halves and in the second 40 minutes the Wallabies showed that there is still enough there for the All Blacks to be worried about.

Only four times since 2004 have the All Blacks conceded 34 or more points and they’ve never let in so many points in one half of rugby as they did in the second half in Sydney last weekend.

That’s not to be sniffed at. In that second half the Wallabies won at a canter and had the All Blacks struggling to gain any momentum.

There have been plenty of people who have been suggesting that the Kiwis took their foot off of the neck of the Wallabies once they broke past 50.

Really? Does that sound like the All Blacks? Letting up on an opponent? And then letting in over 25 unanswered points? That doesn’t sound like any All Black team that we’ve seen in the past couple of decades.

And you know what, even if the New Zealanders did relax a bit, to score four tries against them and not let in a single point in about 30 minutes of rugby is not to be ignored. 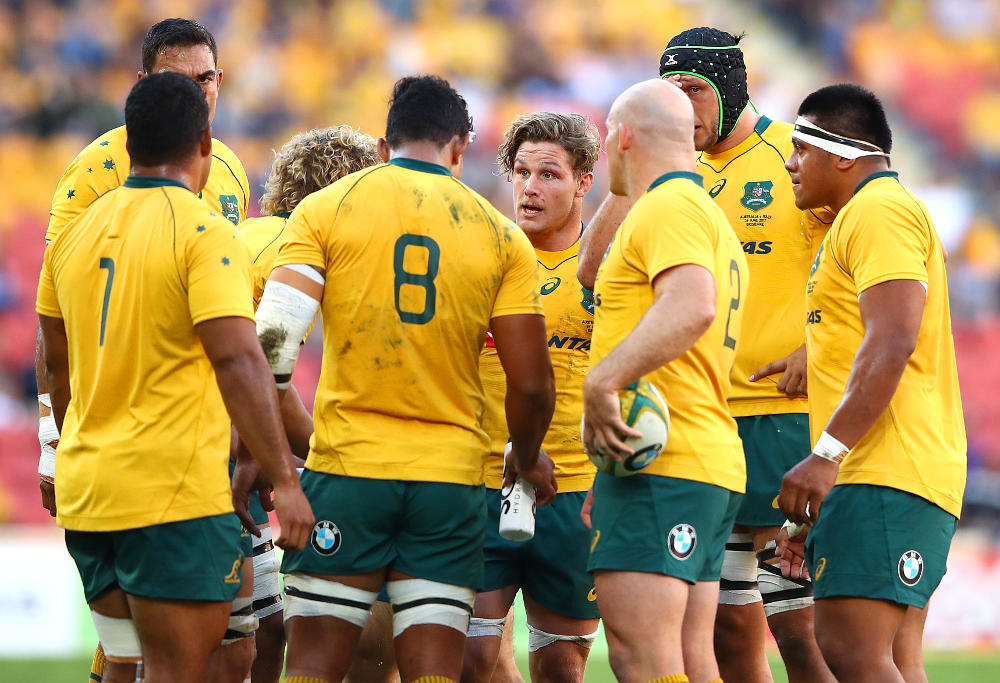 Michael Hooper of the Wallabies talks to teammates. (Photo by Cameron Spencer/Getty Images)

Super Subs
When Phipps and Kuridrani came on both the attack and defence worked a whole lot better. Kerevi is just not up to the 13 position especially at this level, but Kuridrani was able to bring some organisation and stability to the Wallabies defensive structure.

While I’ve criticised Phipps as much as the next man over the past couple of years, on Saturday he was a hell of a lot better than Genia. The older man just looked slow, out of energy and out of ideas.

Phipps however seemed to be much more comfortable. Maybe when you come on with the game already long gone you feel a bit released, safe in the knowledge nothing you can do is going to change the final result either way.

But whatever the reason he looked good at No.9 and the line up of Phipps – Foley – Beale – Folau seemed happy to reunited and worked well together in that second half.

Phipps hasn’t gotten a start, but Kuridrani will, and the Wallabies can hopefully get both their defence and attack working from the first whistle and stop the All Blacks from building any momentum. 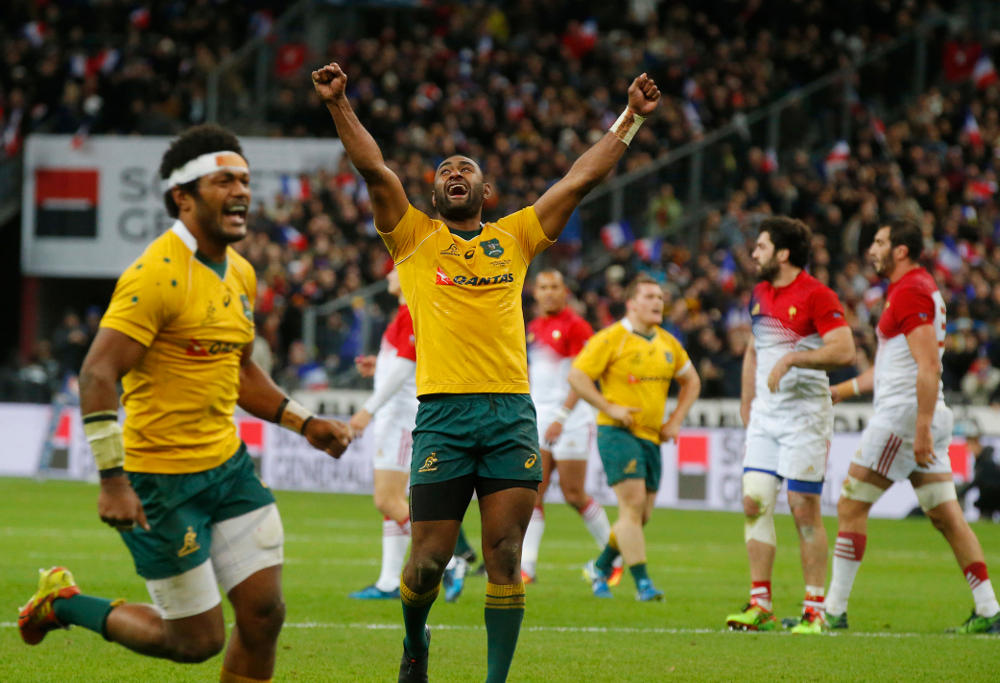 Set Piece was solid
Both the Wallabies’ scrum and line out performed well on the night. In the loose the All Blacks forwards were rampant and especially in the first 40 minutes they seemed to run, break the line and off load at will.

But the Wallabies’ set piece was perfect the whole night – all scrums and all line outs won and even one All Black line out steal.

Of course this means nothing if you then go to pieces in the loose but it’s a critical foundation and one that has not been solid at all for the Wallabies in the recent past.

Speaking of stats, the Wallabies had almost 60 per cent of the possession throughout the game. Of course this matters nothing if you don’t do anything effective with that possession but, like the solid set piece, it’s a key starting point.

Similarly, basic discipline was pretty good – nine penalties conceded which was the same as the All Blacks.

The future is bright
So there you have it. Yes it was a tough day at work on Saturday for the Wallabies. Letting in over 50 points at home is never going to be a proud day.

But I do think that there are some signs of positivity that should not be ignored.

Is there enough there to think that the Wallabies can level the series today? We’ll see.