The Wallabies face an uphill battle to salvage their Rugby Championship campaign after last week’s 54-34 loss to the All Blacks.

They could hardly have a more difficult assignment as they head to Dunedin on Saturday ‒ a city where they’ve only ever won once, at the now disused Carisbrook.

Few gave Australia a chance following a shambolic Super Rugby campaign, and the All Blacks put the contest to bed in Sydney with a frightening first-half blitz that saw them lead 40-6 at the break.

Despite the comeback, the final scoreline flattered the men in gold. The Waratahs-esque pattern of slow start followed by second-half resurgence has done little to inspire confidence among a restless fanbase.

In team news, Michael Cheika has opted against wholesale changes, though Rob Simmons, Tevita Kuridrani and Dane Haylett-Petty are recalled to the starting 15.

Simmons’ originally meant Rory Arnold would shift to the bench, but Adam Coleman is a late scratching, so Arnold is retained and the uncapped Izack Rodda moves onto the bench.

Meanwhile, Kuridrani’s positive impact in Sydney is rewarded with a starting berth.

Cheika admitted Samu Kerevi was underdone on his return from a lengthy absence and he drops out of the matchday squad altogether.

Finally, Haylett-Petty has been cleared to play after a bicep complaint, with try-scoring debutant Curtis Rona moving to the bench.

For the All Blacks, Owen Franks is ruled out with an Achilles problem, making way for Nepo Laulala to start at prop.

Dane Coles continues his comeback to start at hooker, while Sonny Bill Williams is retained despite a head knock in Sydney. Scott Barrett and Kane Hames join the bench.

This will also be Ben Smith’s final outing before his eight-game sabbatical. 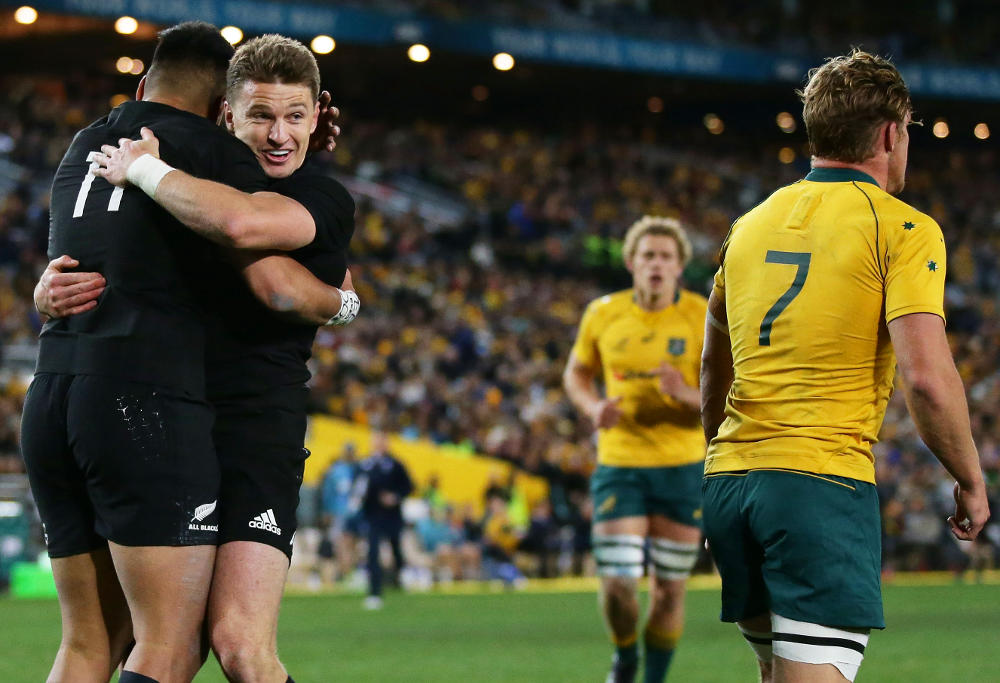 Prediction
I wouldn’t be surprised if bookies suspend betting prior to kick-off to be honest. Better Wallabies sides have taken on weaker Kiwi teams in New Zealand and come away empty-handed. I can’t see any other outcome than a resounding All Blacks victory.

So, it’s Operation Save Face for Cheika’s men. There’s no shame in losing to the best team in world rugby, of course. But the Wallabies will need to show far more than the hot-knife-through-butter defensive pattern they tried in Sydney.

A week is a long time in football, but long enough to overhaul your entire defensive system? Eesh.

Despite some of the tone deaf rhetoric coming out of Camp Wallaby, fans are largely treating last week’s second-half as a false dawn. The easiest time to score points is when the opposition know they’ve won.

This All Black unit is sublime, with all personnel looking like interchangeable parts in a brutally efficient machine.

Can the Wallabies stay in the contest long enough to win back the hearts and minds of the public? The head says “No.” The heart says “That’s not my remit. Don’t ever trust me with sporting predictions.”